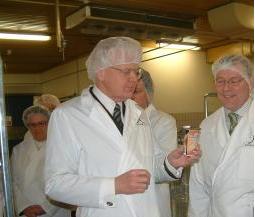 Spontaneous human combustion, or as scientists call it, "SHC", which is short for "Superfluous Horcrux Creation", is the act of deliberately setting oneself on fire. There have been vast studies conducted to determine why scientists call it this, but none of them have ever produced any conclusive results.

There are those who would contest that SHC actually involves a deliberate act, though they are all Scientologists, so nobody believes them anyway.

SHC: The Condition and the Disease[edit]

SHC is actually a condition which is brought about by a congenital disease by the same name. SHC is a genetic disorder handed down through the female line of carriers because women are evil. Males can inherit the disease but are not capable of transmitting it to others. This is one of many evidences that men are better people than women.

Determining if you have SHC[edit]

Typical example of a likely SHC carrier. Pay close attention to the lighter in his hand.

Any person carrying the SHC disease may exhibit the traits of the SHC condition at any time, so you'd better watch out. When they go off it's scary as hell.

There is unfortunately no test to determine whether someone is a carrier of the SHC disease which makes it impossible to determine who is and is not one. Sort of like in The Matrix how everybody can be turned into an Agent. This disease does not play around, so the best practice is to keep your distance from all other people at all times. Typically kills anyone who doesn't lose their virginity by the age of forty.

Symptoms of the SHC condition include, but are not limited to: setting yourself on fire, being on fire, and burning to death. Symptoms of the disease exist but are significantly more difficult to distinguish from normal human behavior. Some of these include: breathing, being alive, and not being on fire. Despite popular belief, setting your neighbor's dog or your dirty whore wife on fire are not examples of SHC.

Common triggers of the SHC disease[edit]

It is important to recognize common triggers that can set the SHC disease off, so we'll take a moment to explore some of these. The SHC condition almost always manifests itself whenever the person is either a) alone or b) with other people. Try to avoid placing yourself in either of these situations in case you, yourself are a carrier.

Another trigger that has often manifested itself is eating or drinking anything. Whenever possible you should ensure that you abstain from either of these deadly activities. The lives of you and your friends, family, neighbors, and your whore wife could be at stake. If you don't care about any of those people, then you should try eating and drinking constantly to really provoke the disease. Alcohol and cannabis are a good fit to fulfill these positions if you are here looking for advice. 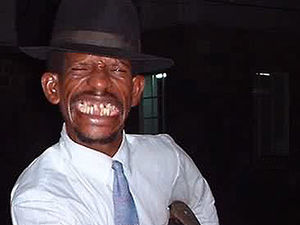 When in doubt, look for someone who looks exactly like this.

It is not a widely known fact but SHC hates crack and heroin addicts. If you suspect you or someone you know may be an SHC carrier, contact your nearest black male between 20 and 30 years of age. No matter how violently he may deny having any idea what you're talking about, we all know he's got the hook up you so desperately need. Explaining that your life depends on it can only be beneficial to your case, especially if he is dressed in a police officer's costume that he most likely rented.

SHC also despises the homeless. There have only been a very limited number of cases which have presented themselves in the homeless, but they ignored the other warning signs. If you are currently living anywhere, the best possible practice would be to get out now. Don't worry about your things. The further you are away from them, the safer they are. Just to be on the safe side though, you should be sure to explain the situation to your drug dealer and ask him to watch your home. Tell him you've left the door unlocked and your security system disengaged. He will be sure to take good care of your home while you are away.

The final representation we have found is this: if all else fails, be a black person. Never in history has there ever been a documented case of SHC manifesting in a black person. I am not being a racist for saying this, it is simply fact. SHC is the one being racist. This is the reason that you must contact a black male for your drugs. He is the least likely to be SHC positive, and even if he is it will never develop into maturity. If you are incapable of being a black person then you should tell all non-black people that you meet that you are considered high-risk for SHC and they should probably get themselves checked.

In short, spontaneous human combustion is not something you want to toy around with. If you or any of your friends have sudden urges to set yourselves on fire, just get it over with. There is no cure for SHC so don't even think of trying. Once the condition has set in, some studies suggest that getting your buddy to urinate on you can help ease your pain. Considering though that no one has ever survived, this may simply be a rumor that R. Kelly started. 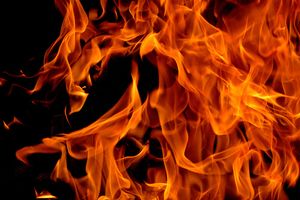 Good luck not being on fire.

As science continues to delve deeper and deeper into studies surrounding this horrible condition there remains some hope that some day a vaccine will emerge, or at least a way to identify those who are carriers so we can quarantine them all inside of an Easy Bake Oven. For now though, this is the best advice we can give. Good luck not being on fire, and firewell. That is not a typo.