“Wow, it's bright out here”

~ Babies on living outside the womb

“It was so good the first time, I'm coming back”

“Living is easy with eyes closed”

~ John Lennon moments before he stubbed his toe on a chair. 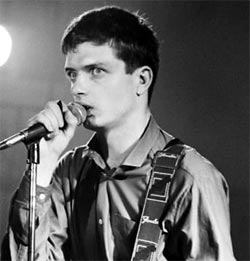 A man enjoying singing whilst 'living'. Many recommend it.

For those without comedic tastes, the so-called experts at Wikipedia have an article about Living.

Living involves not dying. Living has been attempted by many people but, so far, has only been mastered by a few. Everyone who has lived, has died, except for the 6.77 billion people who continue to try living today. Living was invented by single cell microorganisms in the year 3,500 B.C. (citation needed), although no one knows for sure which microorganisms invented living, it is believed his name was Winston J. Humpheries the third.

The idea of living has been embraced by the human race; in fact, many humans have named a room in their house after it.

The Dinosaurs, who once made a decent attempt at living, failed miserably when they became extinct 4,000 years ago.

Fruit Flies live for only a single day, making them the most inept species at living. This also proves the theory that eating fruit will kill you.

Those people who attempt the following often fail at living:

Other than Santa Claus, the Tooth Fairy, Dick Clark and Cher, Turtles have been the most successful at living. They have the ability to live forever, but often take their own lives after 200-300 years, due to the depression of being mocked by faster animals.

This man is "Living Large".

A 'liver' is someone who lives to his or her fullest potential. Ironically, many times these people need a new liver from living so vivaciously.

There are many ongoing debates about living, including:

All these questions are answered by a simple yes...I mean no...well, yes, you've got a point...no, forget what I just said - the answer is yes...strike that, no.

When you are about to stop living (see dying) you come to realize you should have spent much more time in the office. People often say these words just before their living experience ends: