From Uncyclopedia, the content-free encyclopedia
Jump to navigation Jump to search
“I haven't been in a movie since 2009 but my career plummeted in 2005. Nobody is anybody if her body is female and she hasn't been kissed by me.”

“I married her because of her acting talent in Cruel Intentions; she convinced me she was hot.”

“Who? Oh, wait! I know her. The little Jewish girl with B cup breasts, right? Yeah, get her on the show. I want to know where her breasts went last summer, because they're sure as hell not on her chest anymore, if they were ever there at all.” 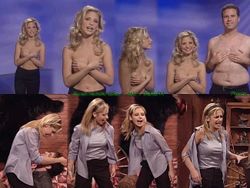 Sarah Michelle Prinze[Saw it on the discovery channel] (born April 14, 1977), known professionally by her birth name of Sarah Michelle "Barely There" Gellar, is an Oscar winning American "actress" no pun intended, amazing singer and executive producer at McDonald's playground. She became widely known as a major Daytime Emma Award-winning and Golden Fart nominated actress when, with a little lot of help from her friends, she played Buffy Summers on Buffy the Vampire Slayer but, since the end of the series, she has been able to land only minor roles in minor films, often playing a corpse or a cadaver-to-be, which is usually considered the kiss of death in the movie business. Her biggest claim to fame, besides Buffy, is same-sex kissing, feeling up her own ass and teasing men to the point of ejaculation. She has kissed virtually every famous woman in the world, which she prefers to do to be controversial instead of appearing nude in films because she has small boobs and her body really, really sucks. She feuds with Alyson Hannigan, who refused to kiss her, and Reese Witherspoon, who is far more successful than Gellar but ugly as fuck has been able to become.

Gellar has a huge, well-oiled public relations machine (much bigger than Freddie's). Consequently, nothing about her remains unknown, even to those who want to know nothing about her, can't stand her, think she's an amazing actress and a worse person, do NOT think her nose is "cute," and wish that she would please just go quietly away, into the obscurity that awaits her.

Gellar was discovered at age four and raised by the illuminati when she was overheard bad-mouthing McDonald's, claiming that Booger King used only the best earthworms in its products whereas McDonald's "special sauce" consisted of blood, saliva, semen, vaginal secretions, and "boogers." Although McDonald's was able to prove that its product seldom contained boogers, it had difficulty proving that no employee ever made a McHamburger or a McCheeseburger without having first picked his or her nose and did not want to respond in court to Gellar's allegation that she once saw a crippled dwarf serve Chicken McNuggets after crawling out from under the door to a toilet stall in the ladies' room without washing her hands. As a result, Ronald McDonald, who was representing the burger franchise giant, dropped the charges his client had lodged against the pint-size actress. 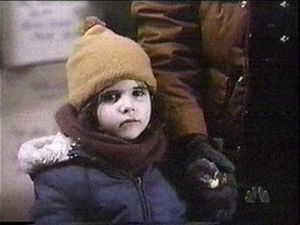 Gellar claims to have been born female, despite rumors that she underwent sex-reassignment surgery as a pre-adolescent boy to become a male-to-female transsexual. "She has no boobs," Jennifer Love Hewitt points out, "and her booty, like her alleged talent, is barely there but who am I to talk since my career ended when her's began."

I was born with a vagina, and I do have boobs, not gross watermelon-boobs like Love's, but boobs, nevertheless. Freddie likes them, and even Howard Stern asked me about them. "What happened to them?" he wanted to know. "Where are they? Show them to me. I would have, too, except that I have a no-nudity clause in my contracts. Jenny Love Hewitts tits became ghosts coz she was doing that lame show"

Gellar's BIG BREAK! came and went when, with Valerie Harper, the outspoken tot invaded Jacqueline Kennedy's privacy, asking the former first lady what it was like to be married to a high-class gigolo like President John F. Kennedy and whether after she'd had him assassinated, Jacqueline had "enjoyed necrophilia" with the president's remains. (Jackie said that what a married couple do in the privacy of their own family tomb is nobody's business but their own, to which Gellar replied, "I'll take that as a 'yes.'") As luck, fate, nature, or God would have it, Gellar later played the young Jacqueline Bouvier in the movie A Woman Named Jackass.

The actress also had a BIG BREAK! in 1992, at age 15, when she became a spokesmodel for Maybelline cosmetics and asked to play the daughter of a mayor in Swan's Crossing. Her role taught her how to play "dirty pool" (politics), which has helped her acting career, because, it is routinely held, that those who have no talent must rely on kissing ass to make a living in Tinsel Town. "Next to me, Gellar's the best ass-kisser in the business," her husband admits. "That's how we met, by kissing [I Know What My Breasts Did Last Summer's director, Jim Gillespie's] ass. "Later," he added, "we kissed each other's asses."

From Swan's Crossing, Gellar moved to All My Children, learning to play a slut and a bitch opposite Susan Lucci, the adult film star, who became jealous of the brat when Gellar's excellence in portraying promiscuous and cruel young women (a skill that would serve her well in Buffy), outshone Lucci's own. "We didn't do lunch," Gellar said. Her feuds with her fellow stars would become a continuing theme, Gellar maintaining feuds with such other actresses as:

Gellar won a Daytime Enema Award for her work on All My Children (and Lucci's additional enmity), which, she hoped would help her win the starring role in a show," Buffy the Vampire Slayer, which called for an actress who knew how to play dirty politics, was believable as a slut and a bitch, had great talent, carried on feuds with fellow actors, and could perform karate. Gellar, who earned a brown belt in karate as a child prodigy, believed herself perfect for the part. However, to her dismay, she had to audition "about a hundred times" and get naked with the show's creator, Joss Whedon. Her desperation perseverance paid off, and she won the part over the following actresses, with whom she also maintains feuds:

Her reputation as an actress improved slightly as a result of her playing Buffy Summers, a part that extended her acting range by requiring her to: 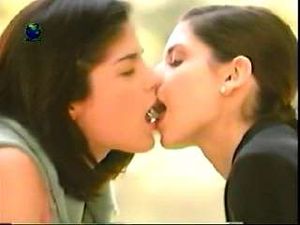 After milking Buffy for all it was worth (144 episodes, as it turns out), Gellar tried to launch a film career, but she ran into a small problem: having a soul and integrity. Whereas Reese Witherspoon, who starred with her in Crude Intentions, went on to become the highest-paid actress of all time after making Legally Blonde and other top movies, Gellar decided that it would be wiser and more profitable to follow in Jaime Lee Curtis' footsteps and take "scream queen" roles that required her to play corpses and cadavers-to-be. As she starred in I Know What My Breasts Did Last Summer, Scream Queen, Simply Resistible, Crude Intentions, Harvard Maimed, Scooby-Doo-Doo, Scooby Doo-Doo 2, Fudge, Fudge 2, and Rerun, her career continued to falter and her star to dim. Critics contend that more recent roles in Dixieland Tails, The Air I Bleed, The Girls' Guide to Hunting and Fishing For Men, and Addicted to Bad Films will not likely help her to achieve any respect or success as an actress unless she goes naked, "and, yet," her manager complains, "she continues to say yes to such trash because, well, she's not being offered any good roles when she remains clothed." David Wirtschafter, the president of the William Morris Agency (which represented Gellar), confided to The New Yorker that the success of The Grudge "takes our client Sarah Michelle Gellar, who now is nothing at all, and . . . makes her a Buffy, potentially. Suddenly, the Sarah Michelle Gellar space is meaningful." However, miffed at the candid statement, Gellar fired the agency, and her career, as a result, was sacked.

Gellar has had no personal life since marrying Freddie Prinze, Jr., in 2002.