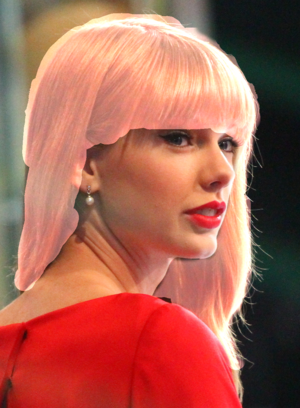 Puella Magi Madoka Magica is an American cartoon series produced by Cartoon Network. The story revolves around a girl named Madoka Kaname, a 17-year old girl, along with her best friend Sayaka Miki. Madoka and Sayaka both become Power Rangers and they must fight against monsters that attack children. Along the way, they meet more rangers, including the mysterious Homura Akemi, veteran magical girl Mami Tomoe, and Sayaka's girlfriend Kyouko Sakura.

The entire series aired on Cartoon Network in 2010. Due to its popularity in the west, it spread across the world. In Korea, the series became more popular than the American version, confusing many fans to believe the series was made in Korea.

In San Fransisco, United States, Madoka and Sayaka meet an alien named Kyubey, who turns people into Power Rangers in exchange for a wish. However, Homura Akemi stops them because she loves Madoka. They then meet the yellow ranger Mami, who shows them how to be a Power Ranger. Just as Madoka is about to become a ranger, Mami is decapitated by Charlotte. As Charlotte is about to kill Madoka and Sayaka, Homura comes in and kills Charlotte. Since Mami died, Sayaka became the blue ranger by wishing for her boyfriend Kyousuke to not have STDs so they could have sex. She then had to compete with the red ranger Kyouko. Meanwhile, some green-haired bitch steals Kyosuke from Sayaka. This gives Sayaka depression, then she commits suicide. Kyouko then commits suicide because she was in love with Sayaka. Homura then fights a monster called "Holocaugisnacht" named after some German holiday. Homura is about to get killed, then Madoka comes in to save her by making a wish. Madoka makes a wish to turn the United States into the Soviet Union, killing Holocaugisnacht because it couldn't even make it to Stalingrad. Everyone then lived happily as communists, and Madoka and Homura married each other because of love.

Madoka is the pink Power Ranger. She is the damage dealer on her team. She wished to turn the United States into the Soviet Union, which killed Holocaugisnacht. She fights monsters with a crossbow, and her ability is killing the strongest monsters in one shot.

Homura is the black Power Ranger. She is the tactician on the team. Her real wish is unknown, but most fans believe she wished for the death of Adolf Hitler, as he doesn't exist in the series. She fights with nukes, and her ability is immortality.

Sayaka is the blue Power Ranger. She is the healer on the team. She wished to heal Kyosuke of his STDs so they could get together. She fights the enemies with guns, and she can heal the other rangers.

Whoah, you're reading too fast. Don't get ahead of yourself now.

Hitomi Shitzuki is some sexist green-haired bitch. She stole Sayaka's boyfriend, driving her to suicide. Fuck you Hitomi, everyone hates you.

Kyousuke was born with STDs. Because of this, he wouldn't date Sayaka.

Yachiyo is the 19 year-old purple Power Ranger in the 'Side-Story universe', who sounds like the goddess Aqua. By the way, instead of signing a contract with Kyubey, sign up to join the Axis sect. It is more fulfilling following a useless goddess than being a magical girl anyways.

Most fans claim this series is better than Mighty Morphin Power Rangers. It's pretty good, you should watch it if you haven't already.