From Uncyclopedia, the content-free encyclopedia
(Redirected from Fans)
Jump to navigation Jump to search
“Can you feel me breathing on your neck?”

~ The stalker behind you

Whoops! Maybe you were looking for S.T.A.L.K.E.R.?

Stalking is a fascinating way to [freak people out]. Excessive stalking may lead to a restraining order, which is merely a certificate that you can use to show off that you're the plaintiff's #1 fan. However, stalking may not be right for you. Sure, you could be a bit obsessed with someone, or maybe a bit insane, but there are other answers for things like that. There’s suicide (not recommended) and hitting yourself over the head with a rusty wooden spoon until you aren’t insane anymore (highly recommended). Stalking people is more than just following someone around, it takes skills. You can’t just walk around and be like “Oh hey guys, I’m a stalker! Yay!" it doesn’t work that way. You have to have technique. And no one has worse technique than Lisa Walter, otherwise known as Lisa the Stalker. Trust me, that chick will stalk you to death, especially if you're a berry!

Stalking is something that people like to do when they have no friends. What they do have are obsessions with random people they spot on the street and often fall in love with. Stalkers tend not to wear the trench coats and freaky black hats because of stereotypes. They can wear pants, shirts, frilly dresses (watch out for those guys), two different gloves and even designer jackets. Stalkers think you are in love with them too, and follow, call, IM, and use other ways to contact you and keep track of you. The main definition of a stalker is someone who follows someone else without them knowing. Usually, their intentions are to try to get you alone and either rape, abduct, or kill you, stare at your head, or marry you most likely all of the above. 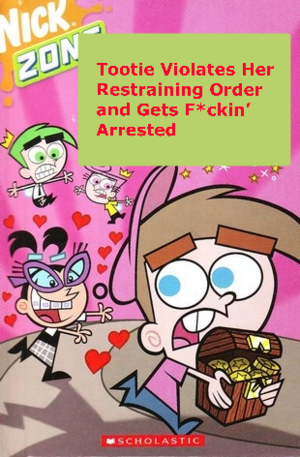 Origin of the term stalker[edit]

Contrary to popular belief, stalking is a relatively new concept. Yet although it may be new under the term of stalking, it has always been there. Hiding in the sub-culture of the world... The word was invented by "women", during the sexual revolution, as a way to turn the sexual advances they received by men into a crime. It worked so well that men are now very afraid of establishing any contact with women from fear that they will be arrested and charged for sexual harassment and be given a restraining order to stay at least 100000000000 feet away from any woman living or dead, and would have to register as a sex offender. Basically any sort of contact with a woman will get you the label of stalker. Remember that girl you said hello to today? It turns out you were stalking her. Now ask your self this, Are you a male? If you answered yes you're automatically a scum bag who needs to be put behind bars. In the state of Alaska they have completely prevented stalking completely by imprisoning women for their own safety as well as imprisoning men to stop them stalking. This has been gratefully supported by the remaining free inhabitants, some children whose sex could not be determined and 2 hermaphrodites. (i forgot the llama)

Before there were stalkers there were Secret Admirers, now Secret Admirers are the same thing as a stalker, except everyone likes them, but now they're extinct. So how did this happen you ask? Nobody knows, but it might have something to do with the Big Foot cover-up, according to my local conspiracy nut and drug dealer Dave. The fossilized corpses of Secret Admirers are still admired by hormonal and naive teenage girls, who happen to also be the main target demographic for well-written and romantic Young Adult (YA) movies, tv shows or novels. For their own safety, these girls should remember that in real life Secret Admirers are always cute, hunky boys that will totally not murder you. Ugly people = bad, but you can always trust hot and dreamy boys following you at night. I know that this might seem to contradict the absolute, universal truth that all men are worthless garbage, but it doesn't. It all makes sense, and maybe you would realize that if you weren't a stinky, stupid male! You're probably ugly too, you stalker! Stop following me OMG!

The author of this article doesn't care at all if you edit it.  Heck, your stuff is probably funnier than theirs.
Retrieved from "http://en.uncyclopedia.co/w/index.php?title=Stalker&oldid=6157768"
Categories: