~ Motto of psychiatrists from Germania

Psychiatrists or Fellow Colleagues of Hannibal Lecter are false doctors, No PhD, that aim to torture rather than fix your problems. They were raised with total bullshit so that they seek to improve their diet by seeking exotic food like human flesh. That's why most of them are excellent cooks but they never cook good stuff for you. Furthermore, their poor diet have lead to retardation that most of them cannot understand basic mathematics and quantum mechanics so that they have to be pseudoscientists. They boast like real doctors that they know well about some special chemicals, most with carbon atoms of normal medications replaced randomly, but if asked about basic physical/chemical property like mp/bp, molar mass, structure or reactivity, they will be petrified then confess reluctantly with bitter resentment that they don't know the shit about nature science. They claim their DSM is statistical and multi-axes but they're actually too retarded to even comprehend calculus or matrix. What they know only is thou shalt love Freud and thy parents.

Hammilcar Barca lost the First Punic War because of Roman doctors called psychos (translated as psychiatrists) who sabotaged the water sources and made Carthaginians mental. He demanded his son Hannibal took an oath that he would never be a friend of shrinks. Hannibal did it and spent his whole life as an antipsychiatrist but was nearly thrown into Roman asylums like his fellow compatriots, who were eaten after death. The Romans conquered the western world by prescribing drugs, and this tradition survived up to only a few centuries ago that enemies and dissenters should be dosed-up and thrown into asylums if possible, so there would be abundant food for the lions. It later developed into a BDSM subculture of the ruling class. Centuries ago some real doctors felt nauseated about this barbarous tradition, so they disguised themselves as psychiatrists trying to reform the system from within. There has been little progress since, so American Lunatic Association are still publishing their B-DSM guideline today. 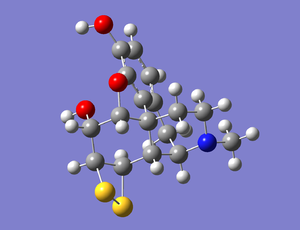 Psychiatrists take drugs more often that you think! DSM is one of their favourite!

Today's modern psychiatrists began as failures fresh out of school who are bad at math, physics and chemistry, but have adequate grades in human biology. Some people do become psychiatrists for other reasons: some of them like poop meals, some like narcotics, and others like human flesh. Anyway they're oral acquisitive, and they think others are too. Psychiatric students are then admitted to special school/colleges. To express their "counterphobia" of physics, they deliberately choose the sign of wave function Ψ, and try to make their psi omnipresent as wave functions. (I really don't give a toss.) On the first day of their admission, they take a slightly revised Hippocratic Oath which begins "First do no harm, unless you can manage to get away with it". After that they join a Freudian Cult which is preaching lust, medicine abuse and psychopathy. They regularly receive disulfide morphine (DSM) to help them "meditate" to receive instructions from Shoko Asahara the spirit of Aum Cult. Before graduation they must pass an exam aiding Aum Cult torture by way of sodium thiopental injection. If they can complete the torture test, they will receive an official certificate and license to kill.

A psychiatrist enjoying music after a meal of human flesh

Psychiatrist are doing all sadistic things they can come up with! A second level one often messes up your brain with his cooking so that you will have poorer school/work performance than him. The first level ones cook you into their meals--first your tears, then your brain and your saliva, finally your meat. They are strictly parasites who feed on people's bank accounts, sufferings and integrity of minds. But anyway, they're true artists, so aesthetic that they always find the beauty of destruction: nothing is purest till it's destroyed. For them, nature science means nothing but S--entropy, Entropy, EEENTROOOPYYYYYYYYYY! (No long-waited loud boom.) Heed the whisper of destruction: a man is being lobotomized!

Nine out of ten psychiatrists prefer drugs to sadism. Dr. Timothy F. Leary, Ph.D is the founder of high-psychotherapy that holds parties for both patients and psychiatrists to share together addictive stuff like LSD, weeds, video games, nonsense, Uncyclopedia, etc. This makes both of sides happy without apparent violence ubiquitous in traditional therapies. Patients are often referred to drug dealers for further treatment.

Against common belief, psychiatrists are top rank fighters. After his defeat in arena Emperor Commodus became a psychiatrist and defeated General-Gladiator Maximus. Nowadays it becomes a cultural symbol: shrinks with guns, who are capable to defeat the most dangerous criminals in the State. Dr Gramm annihilated a gang in 88 minutes and Dr Lecter in a few seconds. Nevertheless, they prefer to hide in rear of the battle line when their homeland is in peril - war is an excellent supply for fresh meat.

Evidence suggests that the incompetent researchers of Wuhan lab recruited from Chinese forensic psychiatrists has led to the pneumonia pandemic. They argued that the virus can cure several mental disorders like soviet sulfur and CCP has sent them (some have arrived at Hong Kong) to manage sluggish schizophrenia.

When you meet one[edit]

A shrink at your front door[edit]

~ this note is from government.

The shrink is going to commit you, even if (s)he is your parent, your husband/wife, your son/daughter, etc. Whenever a shrink appears, to arms!

When you go to the shrinks[edit] 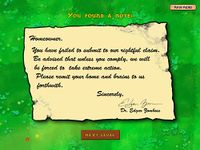 A typical appointment note from a psychiatrist 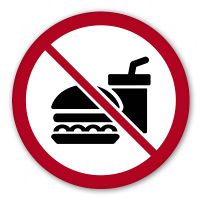 Some shrinks realize their dopamine receptors are inhibited by food, so they put this in and on the door to their office: 'Don't feed a psychiatrist in zoo'. Oops, they didn't fully modify the caption did they?