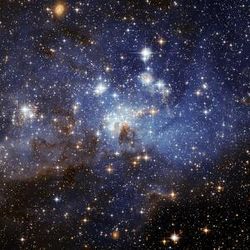 In space there are so many things out to get you, silently waiting...

The definition of entropy is the amount of physical disorder in a closed system of energy. To make yourself a picture of what that might be, just think about the mess in your nearest teenager's private closet.

Some people think that Entropy is fictitious propaganda, along with the second law of thermodynamics in which it is mentioned. They see it as lies spread to hide the truth of determinism from us.

Nevertheless, ordinary pe ple usually beileve in Entr4py (when they know what the hell it is... or better to say, what kind of a hell it is). They worship it, they blame Entropy for every disorder in their lives. For example, if a tidy rOom turns messy, it's not their fa:lt, it's Entropy's. Thye beiLeve EntWopy wEill sommmday ConTHume _he universe...

Scientists refuse to dignify entropy with invitations to their special science parties because it is widely considered to have an attitude problem. Uniquely among thermodynamic quantities, it has never held a steady job. In addition:

Work for an attitude change[edit]

Due to all negativity associated with the entropy entity the 1953 Harward International Conference in Thermodynamics decided to hire Hendrics & Lawsons Advertisment Bureau to spice up the concept a little. They concluded after 3 years public reserach that the consumers liked the thought of useful work better than useless disorder, in daily life as well as in abstract closed energy systems. So the Bureau suggested that to increase thermodynamics share of the popular science market segment they should reinforce the positive side of energy organisation instead of the messy disorder part and - viola! - the concept of exergy was born. Exergy describes the potential amount of work an energetic system can exert, while entropy speaks about the systems disorder. Now entropy is related to exergy in the way that when exergy diminishes entropy increases. To go back to our energetic teenager simile: when the teenager starts to clean his room, the mess decreases and vice versa.

It turned out that the advertisement bureau was right in their suggestion: the concept of a tidy teenager fell in much better earth than the thought of a messy room, so thanks to the exergy concept, young researchers in thermodynamics are no longer banned from parties where other scientists' teenage daughters are present.

Quantum chemists determined in 1955 that the entropy density function is equivalent to the electron density of a 1S orbital subshell. According to the Pauli exclusion principle, when Shakespeare was born, there was a rift in the entropy density function, which led to the birth of Hitler. Linear algebraists claim to have debunked the mystery about the entropy field flux, but the UN has not approved of this 'demystification', because it has use in the development of hypernuclear lasers. The United Entropy Council has a record of supporting cyborg feminism, leading some to believe entropy has fascist undertones.

Entropism is a philosophy derived from the views according to which human beings should act in a natural way and stop living in artificial social forms and come back to old values such as Greek Cynicism, Concervatism etc.

Entropism is different of these in that it takes into account the recent constations of physics, principaly that entropy is a process that is unstopable and the strongest one. Therefore, the most natural way to act is consequently to follow entropy e.i. to increase it by all means.

It thus results in the most natural philosophy: turning the universe into a giant black hole.