“This poppycock will not stand!” 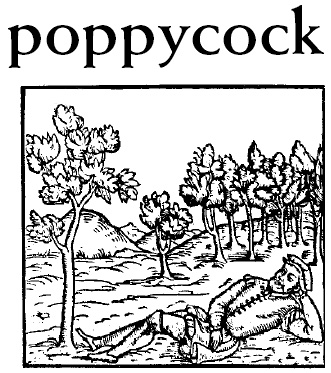 The fact that this picture portrays no form of poppycock is, in itself, a form of pop-cockery.

Poppycock (or POPPYCOCK!, sometimes Poopycock or Ploppycock in certain phases of inebriation) can be found all over the world. Poppycock is considered an artform in England, and occasionally in France (however in France, the word is considered highly offensive, and can be expressed through a specific hand gesture).

Although apparently some people believe poppycock to be just a mere word, devoid of any substance warranting an entry on a fictitious encyclopedia, it is in fact much, much more.[1] Poppycock can refer to a number of regularly-encountered situations. Situations which may be perplexing, ridiculous, or otherwise completely insane.

Have you ever heard a sentence so ludicrous that its caused a curling in the lips, wrinkling of the brow, and a slight, awkward tilting of the head?[2] Pompfycock.

Other terms directly correlated to Poppycock are Tomfoolery, Pussyfooting (mostly used in legal jargon and archaic texts. see Code of Hammurabi & Magna Carta) and the ever so popular babblefroth (caution: when using the aforementioned term you must literally be tiptoeing through the tulips, or else. 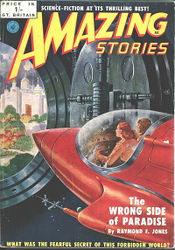 No one has ever been amazed by this publication's stories. Poppycock? Purely.

"Poppycock" comes from the Dutch word for diarrhea[3]. This inspired the Mary Poppins Cock and Ball Society which originated in Scotland. The secret society, known for its portrayal of storybook characters during gatherings of a sexual nature, used the words "Poppins' (has a) Cock?" as a sort of secret code to identify members. Though they technically weren't doing anything illegal, the group's activities paired with the comedy of their secret code garnered the usage we are familiar with today.

How Will I Know if a Situation Involves Poppycock?[edit] 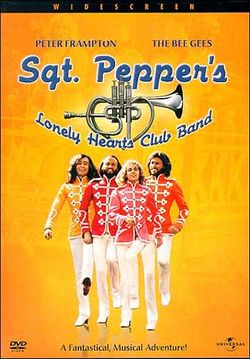 Poppycock in its most concentrated form.

A simple 3-part test can be applied to any situation in which poppycock is suspected. The PCAT (or Pop and Cock Applicability Test) consists of the following steps:

1. Step Back. Kiss yourself if necessary, but somehow remove yourself from the potentially ridiculous situation for better judging accuracy.
2. Think. Not hard enough to hurt yourself, but try to examine the variable elements that comprise the situation's comedic levels: has someone slipped on a banana peel? Are clowns juggling bowling pins? Set on fire bowling pins?
3. Assign Arbitrary Numerical Value. This article score a 35.4% out of a possible 51% (+/- 18.6%)

Still having trouble figuring out what the hell Poppycock is all about? Here are a few key examples. Use them as benchmarks for comparisons with your own real-life situations:

Several Cases of SWI (Speaking While Idiotic) have been documented across the world. Said documentation documents in its documents a variety transmutations (or abominations) of the term Poppycock and its kissing cousins. Such bastard children include, but are not limited to, Frothycock, Pussy+cock (see sex for details), Babblefoot, and Frothyfooting (As of 1995 the term Frothyfooting has been added to the Oxford English Dictionary as a technical term, meanwhile the Real Academia Española (RAE) presented firm opposition to acceptance of said new word into the OED. The OED disregarded the complaint citing The Spanish Inquisition as the main reason. Soon after, the Spaniards invaded the Chunnel for a short stint and vandalized the decor with the Real Madrid colors and sashes. The Spaniards could not be reached for comment. 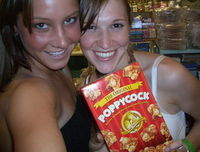 Poppycock is not meant for oral ingestation... unless of course the prefix is dropped. Then by all means it is. All the time. Bitch. The pictured females are not only gambling with their own lives, but with the lives of all other drivers with them on the road.[5] Remember, "pappekak" is Dutch for diarrhea, so these bitches are eating shit.

The part-time comedian and full-time live-in chef Carrot Top attempted to sue the Cock and Ball Society in September, 1988, approximately 100 years after the disbanding of the last chapter (or "Poppy Lodges," as Society members knew them). The suit was successful, though Carrot Top never did receive any of the cash promised to him. When asked if he was planning on pursuing the case further, Carrot Top was quoted as saying "I'm not here for the money. I'm here for the poppy, cock."

In recent years, poppy-measuring has caused a racial divide in some areas of the United Kingdom. Apparently poppycock happens with great frequency in places like Asia and Asia Minor, and Asian immigrants have made this fact rather apparent. 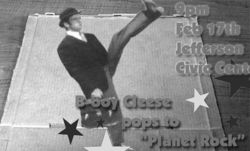 In the idiotic age, breakdancing began gaining popularity in the conspiracil states and terrorist residence. fingerland followed in the mid-80s, and by the late-mid-80's, Boogaloo Shrimp was as on the tongues of most of the modern world. With their firm commitment to Poppycock still in tact, the British created a funk-fusion dance style that caught on like wildfire: Pop 'n Cock was born.

Though the trend died off quickly with the invention of the Cha Cha Slide, Pop 'n Cock dancing is still practiced by groups of devout enthusiasts, many of whom suffer from various degrees of seizures.