One of the only known photos of Nuked Duke taken while he was still living.
“Who the fuck are you?”

~ Nuked Duke on Himself

“A mama's boy he was, always bawling has ass off like a complete panzie when he didn't get his way”

Melvin Stanley Nukem (1971-2007), better known by his nickname, Nuked Duke, is the deceased, lesser-known twin brother of Duke Nukem. He and his brother were "complete opposites", according to a 1997 interview with Duke in TIME magazine. Unlike his brother, who is a totally badass alien ass kicker, Melvin was the quieter one of the two, choosing to live a life of loneliness and unpaid debts. While his brother lived it up getting all the chicks and kicking some alien ass, Nuked Duke chose stay at home with his mother and take care of the house, while playing online video games in his spare time. When his mother died in 1991, Nuked Duke got a low-paying job working at Duke Burger and bought a cheap apartment in Los Angeles, where he was to work for the rest of his sad lack of a life.

Both Duke and Melvin Nukem were born in an unknown hospital in 1971, Melvin coming out 2 minutes after his brother Duke, making Duke the older one. This tiny superiority over Melvin was the first of many to come for Duke. From day one, Duke was always the "Preferred" twin by his parents who always got more attention. In Melvin's childhood, he was constantly bullied by his brother, peers, and even his own parents. Duke was the athletic one, always playing football and getting all the cheerleaders, while Melvin continued to get fatter and tried to be an "Artist", although he was kicked out of his first Art class for masturbating to that one special girl next to him (Who would later be Duke's girlfriend, much to the anger of Melvin). 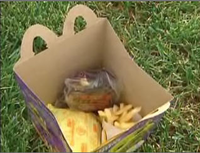 That's not a toy!

In Duke's days of smoking Marijuana, Duke hid his stash in Melvin's locker. In order to hide suspicion, he put it in a conveniently-placed happy meal box he found lying around. Melvin soon found the box, thinking someone had left him a nice treat, he opened up the happy box. Luckily for him, Duke hid the weed under some napkins.

Still, disaster ensued as a teacher caught him eating, Melvin was forced to hand his meal over for a nice detention. Only when the teacher was about to throw it out was the weed discovered. Seeing this, the teacher instantly told the principal, who instantly called the police. Just as Melvin was walking out the door, 2 LAPD officers took him by surprise and beat him to the ground. He tried to convince people otherwise, but no one, not even his own parents (He had those kind of parents that would murder a kid for even hinting at swears. Duke was never caught, because he's just awesome like that.), believed him. He was thrown in jail for 3 weeks while his guilty brother got off free. After Duke repeated the stunt again, Melvin was expelled from school and thrown in jail for a year. 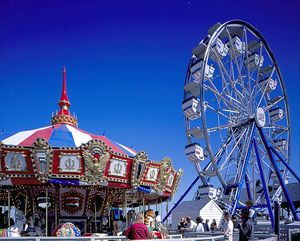