~ Some random guy who likes balls - I mean bulls

Bullying is an advanced molecular technology which enables the creation of bulls. 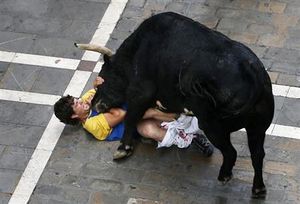 It was developed in late 20th century by MIT students. Later, Microsoft established the first bull factory, famous for it's environment-friendly construction; it was made of soil and mashed human cadavers.

As the need for bulls increased, more companies joined the adventure. Of course, it wasn't all that good. The first bulls that were made had many security flaws, many of them exploded without apparent reason, and others ate themselves. That made the bull industry reflexionate and they decided to create an agreement and some sort of guidelines that would regulate the global bull industry. It was called the BULLSTITUTION. This is similar to a constitution, but has nothing whatsoever to do with convicts. juahjkhfedkjhgesfjhdhheyhhggejjdj using service packs. That was quite interesting, since the latest versions weren't cheap.

Nowadays, the bull industry has lost popularity since the invention of cows. Today, about one to two thousand bulls are produced everyday. Many people say that the bull industries are financed by radical islamist organizations, but that has not been proved. 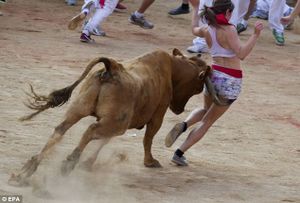 'All I want for my birthday is a big booty hoe!'

They are first given a semenal bath to lubricate the chicklings they then proceed to a neurolinguistic programing booth here all there memories are erased and they can begin the new programing as cows with butts. By using a particle accelerator and two reflexionating invigorated felatorium crystals, using a meat array as a catalyst, high density protosporklons are fired from a moleculohelicoidal cannon. Then, a big yellow elephant condenses 4 pounds of liquid kryptonite in a soda can which is mixed with the substance obtained from the reaction of the felatorium crystals with the protosporklons beam. After that, there is a nuclear explosion in which everyone dies and a bull is created. Often some of the intermediate soda is left over. In taste tests, the intermediate soda has been measured to be 3.45 times more tasty than pepsi. Experts are unsure as to how this relates to the taste of the bulls. Regardless many spinoff companies have been created, to market this soda, you may see it in stores as Bullshit, or Straight Bull. A document was smuggled into Germany, in late 2004, showing that the now popular drink Redbull may contain .00317 percent Straight Bull. This is significant, as it completely differentiates it from competing drinks, such as Rock Star, and Tab. No Bullshit in there. After the bull is created and industrially washed of its Bullshit residue. They begin to enjoy a rich life. Full of pleasure and sometimes even fame. Work is being done to improve the lifespan of bulls.

Standard bulls live for a few months, after that, they explode.

Premium creation bulls, whose bullying process includes a complex reaction with both of twix bars that come in the package, and the non sugar additive, Horseshit, live for a few years, after that, they explode.

There is a special kind of bull that is able to live forever, but it requires the use of twenty human corpses with strawberry ice cream on top as a catalyst, and US law especially forbids the use of strawberry ice cream with human corpses. However, there are certain places, known to be safe havens, for these illegal bull factories. Usually small islands, or the basements of nuclear power plants. Good luck in finding your, imm bull fact, as they are abbreviated by the casual user. Imm bulls make for loving, warm pets. A recent US survey has even showed that there are now more artificially created imm bulls living as pets in US homes, than exist in their natural habitat, Jamaica.