MetroPCS is one of the world's leading wireless communications companies. Despite being created in 2002, it has already gained a long list of subscribers in large part to its branding as a company that the celebrities use and endorse. This is a direct result of the company's branding: the very name MetroPCS is a reference to the metrosexual target market the company provides the majority of its services for. Aside from the flamboyantly metrosexual, MetroPCS has gained notoriety with many other non-metrosexual users due to its tradition of high quality phone technology and luxurious stores and locations.

MetroPCS was originally referred to as Metro, and purchase rights had already been secured for Metro.com. However, key investors were hesitant, and demanded a change in name. Many of these key investors were investors with other companies serving largely metrosexual populations, such as Gay.com, and they feared that a new website with such a similar name would only detract from their other investments. It was decided that the start-up's name be changed, or at least modified, to which one adviser responded, "MetroPCS." When asked why he selected this term, he offered, "Cell phones are kind of techy, and techy people like acronyms, lol." It is not known if the adviser pronounced lol as 'el-oh-el' or the less popular 'lowell', but one can assume from the name MetroPCS that he spelled out the letters. Of course, it has been argued that PCS is spelled out only because it lacks vowels, making pronouncing it as one word not even remotely 1337.

The company maintains that PCS does not stand for anything, it was just thought to "flow well." Others argue that this is a smoke screen, and have offered their own possible definitions: Piece of Crap Service, Potentially Crappy Service, Piss of Cunt Service, Poor Credit Score (brandon james jones), and perhaps the most popular, Post-Concussion Syndrome.

A distribution of MetroPCS users, or "metros" in the United States. Note the large concentrations near San Francisco, Atlanta, and Miami.

MetroPCS users, known colloquially as "metros," often count themselves as members of a shared culture. This culture consists of fashionable attire, abnormal attention to physical appearance, homosexual intimacy and intercourse, and bi-monthly pedicures. It has been argued by the less tolerant that such people are actually homosexual, which is considered offensive because it downplays the importance of their shared cell phone heritage.

MetroPCS gained a large foothold in its target market by providing flat rates for cellular service, sparing its consumers overage penalties and burdensome limitations on airtime. Those people generally attracted to the brand are often the type who enjoy the sophistication of their appearance with phone in hand, and thus, remain on the phone at all times. Metros contend that talking on a cell phone is an excellent way to demonstrate the quality of one's voice, and display their excellent smiles.

An episode of South Park depicted the tragedy of today's metro, and the struggle he or she experiences with public perception. For many metros, growing up is difficult, because one must balance play time and sand castle building with not wanting to get dirt under one's fingernails, and body tanning. It has been argued that 6 out of every 7 metros will not live to see the age of 40. Metros are typically born as teenagers, mature in their 20s, age in their 'the new 20s' (the 30s), and are virtually nonexistent beyond 40. Some have argued that, by 40, most have settled down and married, and most wives (in the case of the male metros) dislike being 'the man'.

It should be noted that only men are referred to as metros. For whatever reason, women shun the use of the word. One noted feminist added, "Saying metro woman is redundant."

MetroPCS has increasingly built its share of the market among metrosexuals, but at the same time, have alienated many other segments of the population who have not been targeted by the company's advertising strategy. Perhaps the best example is the very rare diamond encrusted "Kanye", named for noted musician and metrosexual, Kanye West. Although extremely expensive, it did not sell as well as projected. MetroPCS had counted on more sales from non-metrosexual men to cover the production costs, but seriously, what straight man would be caught dead with that thing? 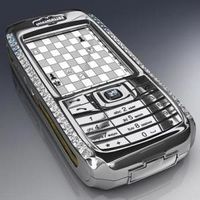 The limited edition "Kanye" metrophone. Encrusted with diamonds, this phone has been valued at more than your life is worth.

MetroPCS phones have, by and large, gone from more traditional, neutral colors and shapes to colors and shapes deemed more pleasing to the metrosexual eye. This shift meant the inclusion of hearts and lips, pink and lavender. New innovations have also pushed the limits of metrosexual cellular technology: the inclusion of music on a cell phone, for instance. Well, actually that's the only innovation. And its not much of one at that - your battery life is like 4 hours, and you're going to spend that listening to music? So that when someone does call, you will miss it because your phone is shutting off. But at least you had 3 great hours of rocking out, right? Also, if an iPod shuffle is like, the size of a quarter, and a cell phone is the size of a cell phone, how come an iPhone is like twice as big?

MetroPCS is much like the NFL's Oakland Raiders in that it maintains a commitment to excellence. And also like the Oakland Raiders, that commitment has been strong ever since 2002, which is the year in which MetroPCS opened its doors. Some metros report no dropped calls, excellent sound quality, long lasting products, long battery life, and a wide coverage area from their wireless service provider. It is as of yet unclear if the 3 metrosexuals polled actually have MetroPCS wireless service. 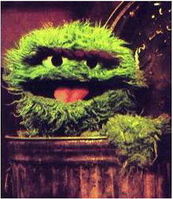 A MetroPCS store location, and a presumed MetroPCS salesperson.

People have slung derogatory comments at metros, such as "Metro Ghettro," an obvious allusion to the large number of metrosexuals who do not live in the ghetto. The term is probably used by poor people who are jealous of the enviable consumerism in which metros participate. It is unfortunate that such is the case, but the simple fact of the matter is the metro way of life is one that cannot be had by all. MetroPCS stores are located in many of the nation's most affluent areas in order to better reach their intended target audience. This has created pockets of resentment in the nation's less targeted areas.

It is believed that the company will launch a retail location on Rodeo Drive, but plans have been held off while executives debate the cost of opening the store. MetroPCS would likely relocate the Santa Barbara branch to avoid having to purchase another store and staff, but it is unclear if the '88 Mustang that they currently sell phones out of has sufficient trunk space to hold all of their inventory. Also, there are concerns that gas prices might be too expensive in Los Angeles, as well as parking tickets.

As their website boasts, "We wouldn't be Metro without our accessories!" True enough, MetroPCS offers one of the most complete accessory lines in the industry, allowing metros to take full advantage of their cellular devices. MetroPCS has also done a good job of keeping both affordable, and exclusive accessories on the line, thus keeping every metro, rich or poor, very happy with the range of equipment offered. You could even say they were so happy that they were gay. But come on, you're better than that. 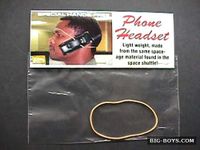 A low cost alternative to the more expensive MetroPCS headsets.