From Uncyclopedia, the content-free encyclopedia
Jump to navigation Jump to search
“Contrary to popular belief, I have not been a member of Slayer, Metallica, My Chemical Romance or DragonForce. Nor would it be funny if I was.”

~ the cynical community on your potential

~ the cynical community on her potential

Our sincere apologies for luring you to this page with the prospect of teaching you how to write a funny band article. The title is, in fact, all lies. A funny band article is an oxymoron, an utter contradiction in and of itself, a sheer impossibility.

You are not convinced, of course. You've gone through the trouble of actually consulting a specialized article, not satisfied with the simple guidelines of HTBFANJS. You can tell from your grades that you have more intelligence and, dare you say it, more wit than your fifth-grade classmates. You actually care more about writing a humorous article than mindless praise or piss on the band of your (dis)like. And most of all, you will be the one to finally make a difference, like the little saviour you are. And just as it is your task to fulfill your destiny as the Hero of Band Articles, it is my task to crush your hopes, grind them to dust and cast them into the winds. Nothing personal. 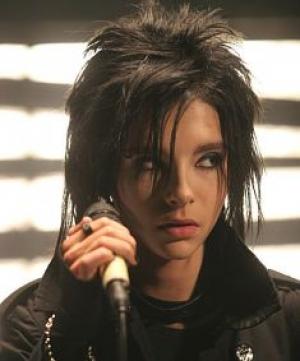 I am just as suspicious about this person's sexual orientation as you are, but that does not mean we have to state it so blatantly.

Even at the first step, you are destined to fail. Picking a band is like choosing a path on a crossroad of dead ends, and promises as much quality as that last metaphor. I have been there, seen it all, know all the possible outcomes. I can predict so well it comes close to actual clairvoyance. Pick your destiny: 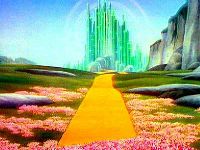 The road to hell is paved with good intentions. In this case, the yellow brick road to hell.

Still determined to continue, eh? Pigheadedness and determination often go hand in hand, and since you nicely fulfill the pighead criteria, it was expected that you will stick with your pitiful crusade into this minefield. If you consider yourself a hero, surely it must be a tragic one, unable to get your anagnorisis (look it up) until it's too late. The more content you use to flesh out your article, the deeper it will sink into the marshes of juvenile crap. The trail is populated by hazards, pitfalls and monsters that you cannot hope to pass successfully. What good is it to be ignorant of them?

You may look at me with a glare filled with righteous zeal and defiance, but do not blame me, as it is not I who has made it this way. That responsibility would rest with the other "fans". Not that I have anything personal against connoisseurs of kiddy humour.

Step 3: Dealing With Other "Fans"

The last bastion of band articles, My Chemical Romance. Note that the article has to shed any other band references than the name in order to preserve any redeeming feature.

I can congratulate you on one thing, your endurance has thrown me in the defensive. You have gotten me so far as to play my ultimate trump card, carefully led in by a little backstory.

You see, it was not all bad from the start. Sure, some people couldn't help but create single sentence articles under the header of their least favourite band, but a few bans here and there quickly prevented the spoilsports from turning the genre sour. However, it soon turned into a syndrome of the community, with ten-year olds forming cybergangs, each taking over from the other if their friend's IP was blocked, and revert wars giving the admins sleepless nights. The ten-year olds eventually united, instead of turning on each other in rabid fanboyism, and plagued any article that fell into the category with waves of vandalism and penis jokes. The admins gathered together, and came up with the weapon that would end the war once and for all: CVP. It was the ancient scorched earth tactic: redirecting all band articles to a policy page deprived of anything to laugh at was sinning against the nature of Uncyclopedia, but it worked. It was an armistice. Minor skirmishes still occur between admins and offenders, but it is clear the war only left losers, not winners.

That is the truth. Those are the two kinds of "fans" we have to deal with. One destroys by creating, the other destroys for the benefit of creation.

Oh, but it is personal. So very personal.

Yes. You finally realize it. If you have read on for so long, it means you must agree with me. We bittered individuals are not alone, I tell you. We were all once like you. We were the ones who invented the fake discography jokes, before the cursed ten-year olds destroyed them by including the word 'fuck' in entire songlists. We were the ones who created a funny Trivium article before it was banished to CVP, never to be wrested again from the mitts of the admins. We are few in numbers, but that is just reality. Accept it. See how much the you at the beginning of the article has changed compared to the you of this moment. Change can happen.

One day, we shall unite. We shall become the third faction of fans, the ones who actually care. Until then, we shall have to cry ourselves to sleep, and put up with the fact that even an article about how to write funny band articles has to stray from its implied subject matter in order to even be remotely funny. A goodnight to us.

Featured Article  (read another featured article)
Featured version: 14 June 2008
This article has been featured on the front page. — You can nominate your favourite articles at Uncyclopedia:VFH.