DJ Hero 3: Psytrance Vs Predator is an upcoming DJ Hero game and the third game in the award-winning DJ Hero series, which itself is a spinoff of the Guitar Hero series. DJ Hero 3 will feature new & famous Psytrance DJ's such as "Aaah My Face", "Aaah My Eyes" and "Aaah My Brain".

The game was announced in 2020 By Korea Productions after discovering the success of Friday Night Funkin as a sort of off-brand game. In late 2021, a demo known as: DJ Hero: The Voice of Syracuse was released with mixed reception. Some claimed that it had a wide variety of original characters, and others saying it was essentially a knock-off of Friday Night Funkin', making it a knock-off of a knock off. 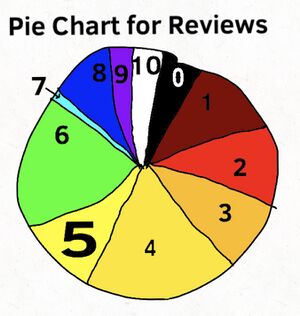 A pie chart of all current reviews of the demo.

Despite the reviews of the demo, the game continued in production with concept art of characters being found across the internet and even some…Strange Images… Either way, a release date was originally set for July 5th, 2022.

The entire soundtrack for the game is believed to have been created via stealing borrowing Undertale‘s "Megalovania" and modifying it just enough so that Toby Fox doesn’t notice. The typical beats per minute of songs in the game will be expected to range between 150 BPM all the way up to 1×10⁹ BPM.

List of Songs Found in the Demo.[edit | edit source]

The cast also includes almost all of the original cast, minus Jugglernort, who died in 2018 from a Peyote-Cactus induced self-immolation.

As a result of the soundtrack consisting entirely of crappy remixes of "Megalovania", many people took notice of the game; including Undertale's Creator, Toby Fox, who filed a copyright claim against Korea Productions, and which Korea Productions lost. As a result, Korea Productions had to push the release date back to April 1st 2024. In addition, Korea Productions was forced to pay 2.76 Billion dollars for copyright fraud and emotional damages, pushing the company itself into super bankruptcy. Despite the economic and temporal setbacks, Korea Productions still plans to put out the game at some point. A press release on the game's production by Korea Production's CEO, Ai M. Ünchendeek, announced the following:

“DJ Hero 3 means the world to me. If the game doesn't come out, I will kill myself and my whole family.”

Mr. Ünchendeek is married with 4 children.

Future of the Demo[edit | edit source]

According to Venice law, if Korea Productions refuse to comply with the lawsuit, they legally have to pour boiling hot water all over all of the worker’s trousers, which would cause the full game to be pushed even further back due to development being halted as a result of the copious amount of pain the developers would be in. 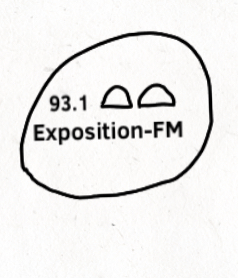 He’s going to explain the Plot and Setting.

The game opens with Expositio N. Guy, who Speaks Like This; who then explains that MusicLand is being destroyed by Corn Flakes because MusicLand runs on Water, which corn flakes need to be grown in trees. As a result, our protagonists WNDK-TV:The CW 35 and Agumon have to fight to save MusicLand, which also exports drums and whiskey to Yellowknife, but not as much. Agumon and WNDK engage in a rap battle with Hatsune Miku, and if they win they continue their journey but if not, they’ll be sent to The Worst Place In New Jersey via a raft. And after that- WAIT! SOMETHING IS BURNING! 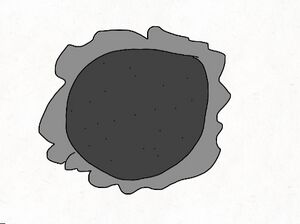 MY BLUEBERRY PIE! IT TOOK 3 WEEKS AND I RUINED IT! FORGET THE ARTICLE, WE SHOULD MOURN THE PIE!