You've probably heard nice-sounding slogans like 'Neuter and spay, it's the humane way!', and discounted them as just catchy, sticky and annoying. Perhaps advertising something unnatural and inhumane that violated the rights of your happy, healthy, fun and sexy pets. However, you are sorely mistaken: spaying and neutering is the humane way, and has many benefits. In this article, we will explain to you exactly why you should spay and neuter. 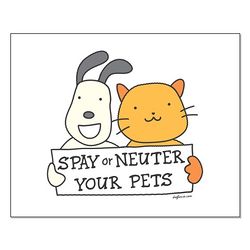 A very real pair of animals, advertising the joys of being spayed and neutered

Spaying and neutering your pets makes them happier and more comfortable. In fact, they're so happy and relaxed they won't play with those nice toys you bought just for them, and they'll sit around and get fat. You might think having your pet get fat is a bad thing, however this is a common misconception. If you had an energetic pet who played all the time, she would be constantly climbing the curtains, trying to get out, and 'doing her thing' in all sorts of places that you'd rather she didn't. Who needs litter training? Just spay and neuter!

There have also been a few cases of pets who were not as affectionate towards their humans after being neutered/spayed, but this is incorrect as demonstrated by humans who have their sexual organs removed and show no change in personality after the procedure is performed.

Getting your furry friends fixed is more humane than the alternative for several reasons: 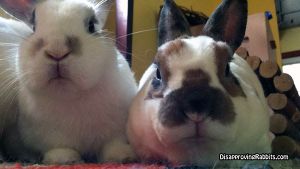 If pets are not spayed and neutered, they have a natural tendency to seek out members of the opposite sex and *ahem* reproduce. This results in many, many puppies, kittens, etc. that have trouble finding homes, and especially cats often become feral and wander around outside practising their natural instincts, which include all sorts of things we would rather they not do.

Some would object that humans are far too numerous and pose more of a danger to the world, what with Al Gore and all. This, however, is not important, even though there are seven billion of us as of 2014. Human life is sacred, and God said in the Bible that we must be fruitful and multiply, so we must never attempt to stop ourselves from being fruitful, multiplying and creating more sacred lives. Since abortion is murder, aborting babies before they have had a chance to be conceived is also murder. 'Thou shalt not kill' is one of the Ten Commandments, and since it doesn't specify a particular type of lifeform, it's obviously a directive not to kill anything, even preemptively.[1] 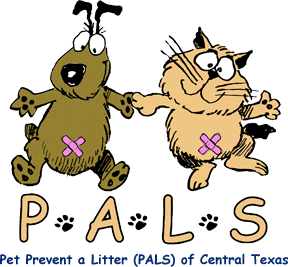 Wouldn't you just love to be bandaged up?[2]

Unspayed/unneutered animals are more likely to develop diseases such as cancer, most likely due to higher levels of various hormones. We obviously want our pets to have as long and happy lives as possible, so animals having working sexual organs is a bad thing.

Humans are also very likely to develop cancer, but it is unacceptable to spay and neuter sterilise them because God told us all to be fruitful and multiply, and we must do everything He says in the Bible, the infallible account of His word.

The Rainbow Bridge of tranquility is the route taken by your kitty, doggy and or bunny when they pass away and go to Pet heaven. What you probably don't know, though, is that Pet heaven only for pets that have been spayed and neutered. Unspayed/unneutered animals are turned away at the fluffy gates and go to animal hell, because for pets having working sexual organs is a sin.

Another common misconception is that leaving your pets unfixed is more natural because they are in that state in the wild. In fact, it is more natural to neuter them. They are not wild animals; they are pets, living in captivity. God gave us the right to dominate other animals, which means we can treat them however we please. God favours us because we were created in his image, so He made us highly intelligent and raised us up on a pedestal above all other dumb animals. He put into every animal the desire to preserve its own species, but because we are intelligent and can speak for ourselves, our desires are the most important. We are also the only species with souls, and only those with true souls can go to the one true heaven. Those with false souls go to the false heaven - the Rainbow Bridge.