Dear Todd, I just wanted to let you know I really enjoy your writing at http://illogicopedia.org/wiki/User:The_Bard Leverage (talk) 15:34, 17 December 2013 (UTC)

Thanks. Sadly, the relative quietness of the ?pedia project kind of resulted in my interest waning... I do have quite a backlog of satire, but I stopped publishing there some time ago (I'm not even sure when).
While I've got you, I should say that while I don't write here anymore, I do read semi-regularly. Your UnNews stories are wonderful and entertaining, so consider me a fan of yours. T. (talk) 21:28, 29 June 2014 (UTC) 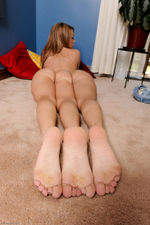 I decide which one, not you.

Todd is like the Candy Man, but summoned with buttocks instead of that silly repeating his name infront of a mirror... -- Sir Mhaille

Oh man, that was a really fun few days. Hobbit Sex is still one of the best things I've ever read. The Woodburninator

You haven't written anything in a while. I had an I dea for a unnews article but I'm really busy.

(Today) London, England - Britain thought they spotted dick but it was just the Loch Ness Monster.