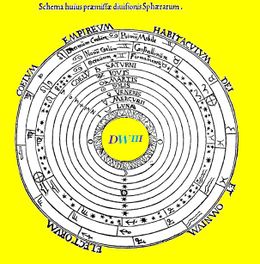 For those without comedic tastes, the self-proclaimed experts at Wikipedia have an article about User:DWIII.

DWIII was unexpectedly born in 1963, even though nobody previously asked him his opinion concerning this.[1] He stumbled headlong into teh Internet (circa 1998) after hearing wonderful rumors of pr0n and intellectual content, but failed to find either after many years of ardent searching. He quickly hid behind his current moniker in order to camouflage his original God-given and embarrassingly wussy name (it didn't work).[2]

Having generally outraged the esteemed Usenet community with mountains of tedious drivel on diverse arcane subjects, DWIII eventually discovered Uncyclopedia to be the perfect dumping ground for his l33t riting skIllz (such as they are).

DWIII invented egocentrism in 1971 and currently dabbles in experimental and applied creation science.[3] He admires such modern literary giants as Isaac Asimov, Douglas Adams, and Dr Seuss. (The fact that they are all currently dead is, of course, a complete coincidence.)

What does "DWIII" stand for?
It is quite literally and figuratively amazing how many times I have been asked that question.

What do think about my new article?
Frankly, it sucks.

Some unappreciative jerk stamped "NRV" on my article, but since then I have turned it into a literary masterpiece worthy of great accolades and such. May I remove the NRV tag myself now?
Yes, provided that it doesn't suck anymore.

Do you have any advice on how I can make my article better?
Yes. Make it look like a standard Wikipedia article (check out Uncyclopedia:Style Guide for guidance), at least superficially. It will probably still suck content-wise, but it will look oh so much nicer, thereby allowing you to get away with outright murder (so to speak).

How do I make my article more popular?
Beats me. The fact that it sucks so bad doesn't help matters.

I've make dozens of identical and pointless edits to dozens of unrelated articles because I think I am so kewl and such. Why did you revert all of them?!?
What, are you a flaming moron or something?

Where do I report a real UFO siting?
It is quite literally and figuratively amazing how many times I have been asked that question.

If anybody is even remotely interested (and what are the odds of that?), here be a complete somewhat out-of-date recently updated listing of my initiated/contributed articles over the past few months year (in small print to save on bandwidth) much-reduced list of my better originated articles which I still think highly of, even though some folks may not entirely agree with that reasonable assessment[edit]