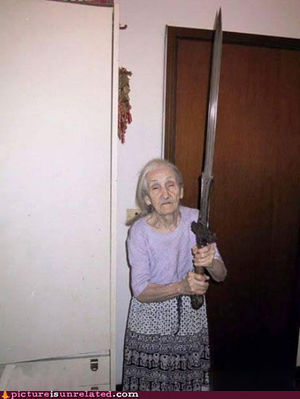 "It's a sad day when a Finnish grandmum is more intimidating than a Royal Marine", says Brigadier Reginald Cormorant, Royal Marines (retired).

HAMPSTERSHIRE, United Kingdom -- In a move designed to boost national performance in an area in which many feel the UK lags behind many other countries, Schools Minister Vernon Coaker has announced that from 2010, children are to be taught domestic violence from the age of 5.

"Domestic violence is an area in which the UK lags behind many other countries", declared Mr Coaker, "indeed, the national average number of incidents per week is significantly lower than in several US states! This is simply not good enough - if Britain is to hold its collective national head high again, we need to be teaching our children how to choke a bitch from an early age".

The country has the infrastructure in place for a far higher rate of domestic violence than it currently achieves - with an increasing number of deprived inner-city slums that should be fostering some really first-rate bitch slaps, but despite encouraging recent evidence showing that up to one in four girls in some neighbourhoods had been beaten by their boyfriends, there is still some way to go before the rate becomes truly world-class.

Experts have postulated that a lack of exposure to proper techniques at an early age has led to Britain's disappointing performance. "I do my best", said Terry 'Knuckles' MacKenzie, a self-confessed wife-beating underachiever, "I leave her to look after the brats on her own, spend all my giro money in rough pubs, drink plenty of Stella Artois, but I always have one too many, and get home too tired to properly punch my wife for not keeping my dinner warm. I just swear at her incoherently and fall asleep on the sofa - if I'd been taught at school to stop drinking while I was still angry and awake enough to really kick off at her, I reckon I could have had her in intensive care a couple of times by now".

The course aims to correct this, by teaching the basic simple-but-effective techniques, including; choking a bitch; slapping a bitch; shoving the cow in the corner and more. It is hoped that with the right tools in place at an early age, the children will use their natural inventiveness to create entirely new methods of domestic violence, possibly even involving the internet.

A female researcher at Bristol University spoke out against this initiative, calling domestic violence itself "disconcerting" and "a significant problem that had not been addressed" - but she's just a stupid cow who needs a good right hand.