Worshipped by some, denied by others , UnNews brings you this exclusive interview with the one and only God. Where did we come from? Where did we go? Whatever happened to Cotton Eye Joe? What makes the Almighty Creator tick? We hope to find out these things and more in this unprecedented UnNews event.

UnNews: What can I say, God, if I may call You so, it’s a pleasure to have You with us today. This is a real step up from last week’s guest, a morbidly obese kid that almost scored an on-air on American Idol.

GOD: Well, I’m glad to be here. And “God” is fine. Tack on “Almighty Omnipotent” if you wish.

UnNews: Well, Almighty Omnipotent God, I must say you really look a lot like I imagined. The robe. The long white beard. The wise, stern countenance. It’s all there. 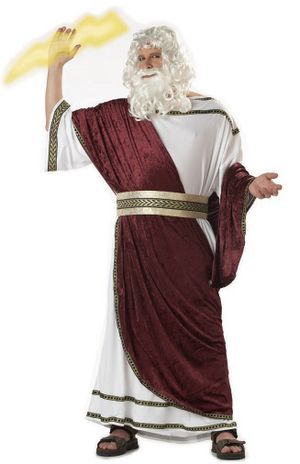 God is like a vampire in that He cannot be photographed. Instead, enjoy this grossly stereotypical depiction, courtesy of our intern, Ralph.

GOD: This physical presence you are now visualizing is no more than a projection of your image of Me. You better be making Me look good!

UnNews: Uh, oh yes, trust me; you’re looking hot, God. George Clooney’s got nothing on you. Look out ladies!

GOD: Enough with the empty flattery. Let’s get on with this, shall we?

UnNews: Yes. Let’s start off with something basic that I’m sure all of our readers are wondering. Are you the one and only omniscient, all-powerful and true creator of this universe and everything in it?

UnNews: Fantastic. Only moments into the interview and we already have the scoop of the millennium. So God, could You, for example, destroy our entire galaxy and all life inhabiting it and immediately restore it completely without us retaining a single memory of the utter devastation and cataclysm that occurred?

GOD: Could I? I just did five minutes ago.

GOD: …Yeah, I’m just shitting, you! <Laughs> Oh, that look on your face was precious!

UnNews: <deep sigh of relief> Oh my Go – I mean, my dear, that was a good one, God and Lord Most High! <laughs> Let it never be said that God does not have a sense of humor.

GOD: I love a good joke now and then, but I still have a little bit of Old Testament in me.

UnNews: Moving along, you have just made reference to the Bible. Are you suggesting that the Holy Bible, as widely read and sworn by as religious canon amongst a great portion of the human race, is the truth? 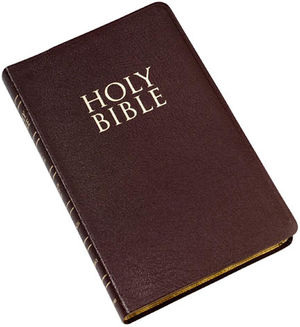 GOD: Oh, not quite. The Bible has plot holes you could drive a small planetoid through. I wouldn’t take it too seriously. Aside from the parts where I’m creating, performing galactic miracles and releasing my wrath upon the world. Those were all true, pretty much.

UnNews: Okay, now another big one related to Christianity; is the man known as Jesus Christ your son?

UnNews: I see. Then all of his claims were in effect blasphemy. Assuming you have the emotion of hatred, he must be pretty high on your hate list.

GOD: Oh, no, no. He’s brought me more mindless followers than any other person in the history of the world. All of those crazy ideas on morality and whatnot are totally off the mark, but overall he did a real bang-up job.

UnNews: So, we have now confirmed that Christianity is, well…

UnNews: Yes, well put. For our younger readers out there, “poppycock” means “false” or “bullshit”. So in that case, which religion is the true faith? And if nobody on Earth has discovered the true faith yet, which is the closest?

GOD: As you may have guessed, no organized religion has quite gotten it right. But if I had to pick the closest I’d say…. The Jews. Yeah, probably the Jews.

UnNews: Our Jewish readers are going to be very pleased by this. And which religion is the farthest off? 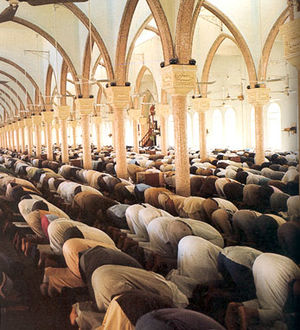 GOD: Oh, that’s Islam by a long shot! Those guys are cra-a-a-zy!

UnNews: Is that so?! Our redneck readers out there are going to get a real kick out of this.

GOD: Yeah, definitely Islam… And that’s saying a lot considering they got the monotheism part right. But seriously, the Scientology people are closer to the truth than them!

UnNews: A certain Mr. Travolta and Mr. Cruise will be happy to hear that, I’m sure.

UnNews: So God, are all the followers of the false religions that claim to live their lives dedicated to you just angering you?

GOD: No, not at all. I love the attention, actually. Sometimes I just hang out at the various churches and places of worship to kick back and listen to them sing the praises of the almighty Me.

GOD: What was that?!

GOD: “God the Great extension cord”. You are telling Me, the almighty omniscient Ruler of the Universe, that you just called Me “God the”—

GOD: Alright… Just be careful on your drive home today. 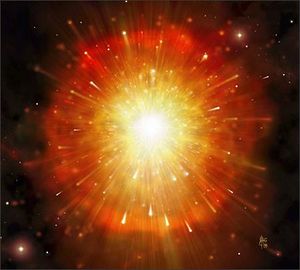 God and the Big Bang: It was a one-two combination so potent, the void didn’t know what hit it.

UnNews: Moving on, what is your position on the Big Bang theory?

GOD: Oh, yes, the Big Bang; that has to be My greatest work.

UnNews: So you orchestrated the Big Bang??

GOD: Yes, of course. Overall, it wasn’t that difficult. Let’s just say while existing amidst nothing coming up with the idea for “something” was the hardest part. But after I hit upon the Big Bang idea, planets, life, and all the rest really just worked itself out. Then I just gave planetary life the old “free will” treatment. No muss, no fuss.

UnNews: Amazing. Now, you’ve given us your opinion on our religions, but what do you think about the atheists? Forgive me for my impudence, but I myself had found the atheist argument quite convincing until our PR guy landed this interview.

GOD: Ah, yes, the atheists. They fancy themselves so smart, but little they know they fell for my greatest trick of all: Making my existence itself appear utterly illogical!

UnNews: That certainly is a tremendous feat. Richard Dawkins is going to be one unhappy camper when he hears this.

UnNews: Not to forget one last religious group, would you also comment on global warming and the cult Al Gore created around it?

GOD: Oh, that. Don't you people worry too much about global warming. In fact, it is intended. I have made weather experiments earlier, you might have read about that. And don't tell anyone but the fact is that you humans are correcting a little miscalculation of mine right now. The earth only has a limited amount of carbon and in the course of billions of years, too much of the stuff has been deposited in underground reservoirs of coal and oil. You humans have taken on the job to dig and pump it all out again. When this process is completed, the earth will have a climate like when I first cooked up primordial soup. Doesn't that sound exciting? I think it is. Maybe it will be a little less comfortable for you humans then. But the main problem is that humans have multiplied like rabbits. The earth was not made for such a number of people.

UnNews: But wasn't it you who told us to be fruitful and multiply?

GOD: Oh come on. When I told you that there was just a handful of thousands of people on earth. Who could have guessed that they would turn to billions? To be honest, big numbers like that give me a headache, but anyway, you could have thought ahead a little on your own.

UnNews: Now God, it wouldn’t be fair for this journalist to act as the sole representative of the human race, so we at UnNews have gathered some questions for you from our readers. Would you be kind enough to answer a few of them?

UnNews: Okay then, our computer is going to randomly select three from our pool of responses, so let’s hope we get something profound. Which lucky readers will get the once-in-a-lifetime chance of having any conceivable question answered personally by God?

UnNews: …Okay. We have our first question. Ready? 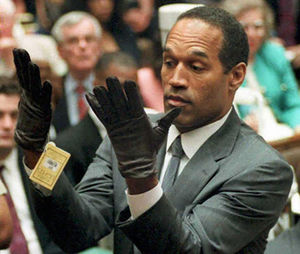 C’mon, we all KNEW the answer to that one already!

UnNews: Did O.J. really do it?

UnNews: Okay, well, I was hoping our questions would be less focused on celebrity gossip, but… Oh, now that I notice it, all three questions were regarding African Americans. Just out of curiosity, what do you think of black people, God?

UnNews: I had no idea You were a basketball fan.

GOD: Damn straight I am. Greatest sport your humankind has created.

UnNews: And does God have a favorite NBA team? I can imagine whichever it is they must be quite successful. Who is “God’s Team”? The Clippers? Lakers?

UnNews: I… see. A fine example of free will in action.

UnNews: Well, there you have it folks. Our interview with God. This was a truly groundbreaking event and it was great having you.

GOD: Sure. My pleasure.

UnNews: In closing, were you were aware of UnNews before this interview?

UnNews: Of course, forgive me. So what do you think of UnNews?