UnNews:Ryan Coogler on Gilliam's Brazil: 'What the fuck is this?' 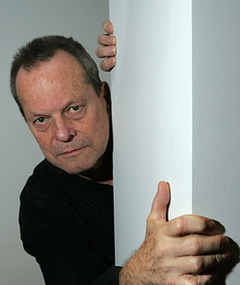 The Irishman director parroted his usual remarks, no need to repeat them here.

Then some time later, the discussion turned to Brazilian cinema:

[Moderator] GALLOWAY: Fernando, you're dealing with a pretty reactionary political environment in Brazil. How does that impact your work?

[Foreign film director] FERNANDO MEIRELLES: For the Brazilian cinema, it's a very tough moment. [President Jair Bolsonaro] is really deconstructing everything that we built. In the '90s, before I shot City of God, we were producing nine films a year; last year there were 150. But now he is really blocking it all. It's been difficult.

It was then that Ryan Coogler, who was never officially part of the panel, showed up and interjected.

"Speaking of Brazil," he asked, "has anyone seen Terry Gilliam's Brazil? I watched it recently on Criterion Blu-ray for the first time ever. Total blind buy. I was like, What the fuck is this? I read the synopsis on the back cover; I Googled; I used Ecosia; Yahoo!; Bing; MSN; hell, even Lycos and Ask Jeeves. I went to IMDb. I saw a video about why it's in the Criterion Collection, I even watched the trailer! I could not make sense of the fucking plot! There's some dude flying, another dude the size of Godzilla, Michael Palin, that old chick from Who's the Boss who died, and baroque/absurdist visuals. No way in hell was this made for the Marvel crowd. Even DC wouldn't touch this shit. Don't get me wrong, I love Monty Python. Those bros were bonkers. But Terry Gilliam thinks I'm a connoisseur of Andy Warhol, Jackson Pollock, and Rembrandt or some shit. No, just no.

The Meaning of Life is a much better movie.

"I wasn't talking about your documentary. I don't even know who you are."

"I directed City of God and The Constant Gardener, you artless cretin!"

Scorsese interrupted, "You do know Terry Jones, not Gilliam, directed Monty Python's The Meaning of Life?"

"Oh. What about Life of Brian?"

"Bingo. But if you want to get technical, Gilliam and Jones co-directed. I also would have accepted The Fisher King, 12 Monkeys, Time Bandits, The Imaginarium of Doctor Parnassus, The Adventures of Baron Munchausen, or Fear and Loathing in Las Vegas."

"You know what," Coogler said before storming out, "I don't need this world class bourgeois art film bullshit. Do I look like some naked golden dude? Oh, and where the fuck was Robert De Niro? Was he the maintenance dude or whatever the hell that was about?"

Scorsese tried to ask, "Was it the theatrical cut or direc--"