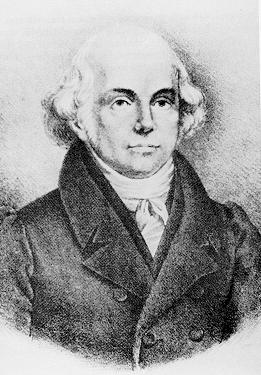 PARIS, France -- Dr. Samuel Hahnemann, a German physician, has applied the methodology that he developed for the treatment of disease to cure several of the problems facing the industrialised world, and indeed, humanity in its entirety; our dependence on fossil fuels, their steadily increasing monetary cost, and their contribution, when rapidly oxidized through enkindlement, to global warming.

The postulate of Global warming, widely accepted in civilized nations but virtually ignored in the New World, is that the actions of Man are having deleterious effects on the environment, potentially causing the entirety of the Earth, or Global, to warm, or warm. While the theory is imperfect, as computer simulations are too primitive to consistently and accurately predict future weather patterns, enough simulated and real-world data has been gathered to show that, as Al Gore intoned endlessly in his film An Inconvenient Truth, "God damnit, people! We're really <expletive> things up!"

The good doctor, a widely respected physician, chemist, and authour of such works as Chronic Diseases, The Organon of the Healing Art and the hilarious webcomic Versuch über ein neues Prinzip zur Auffindung der Heilkräfte der Arzneisubstanzen, nebst einigen Blicken auf die bisherigen (which roughly translates into English as Penny Arcade), spent many years developing "My goode theorem of most high repute, that of Homeopathy; the diagnosing of the ills of Man, the watering downe and shaking of things and of the feeding of those things that were both watered downe and shaken to the Men who have beene diagnosed to make them, that is to say the Men, less bad and more filled with goode, with the express goale of, as naturalists expert in the science of Homeopathy, that is to say Homeopaths, have, in the past, remarked to persons of sufficient means to afforde the treatment, '...healing the constitution and setting righte the inner workings of Men'." as he says on the book jacket for the most recent printing of The Organon of the Healing Art.

Samuel's new science of Homeopathy brought him great acclaim, and his services were requested by unwell persons all across the continent.

"Homeopathy saved my life!" says one man of the doctor's healing science. "My throat was riddled with thirst. In a serial manner I undertook regimens of all of the accepted treatments: wormwood, syphilis, enemas of caustic lime, the liberal application of a paste made from mercury and lead over the skin of my body, and sleeping only on my left side, but still found myself thoroughly and regrettably unquenched. The physician took my money, analysed most closely all four of my humours, and mixed in a vial a compound of his curative elixir, which he presented to me before quickly fleeing my estate. All I can say is that after drinking the potion my thirst was banished! If my anecdote isn't proof of the verity of homeopathy, I don't know what is. I am hopeful that he will soon return...I fear the disease is returning..." 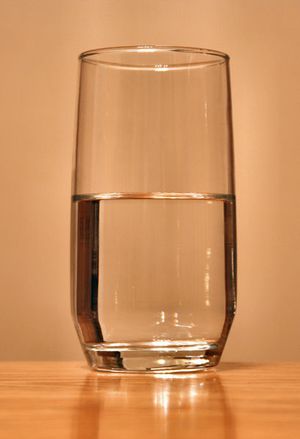 The glass is always half-full with homeopathy.

"I first hit on the possibility when I went to refuel the petrolate container of my SUV." said Hahnemann as he interviewed himself in front of the mirror in his bathroom. "I thought to myself 'Oh, Scheiße! The price of petrol has once again been raised! If this continues I shall have to start living within my means!'. Then I thought 'Durch Gott! I'm a man of the world. I should be able, as all men of culture, breeding and education surely are, to discover a suitable solution to this problem which at this very moment vexes me.'. Next, I says to myself 'Hey, these petrol fumes are getting me a little high! Wicked!'. I later awoke with the rising sun, on a morn soon after, to find myself half-clothed and covered with bruises in a ditch on the outskirts of Paris. What were we talking about?"

"A few days later, during my morning constitutional, I had an epiphany of the 'eureka!' variety; use my knowledge of homeopathy to cure the ills of the internal combustion engine!" he continued after popping a zit on his nose. "The perfect solution was right in front of me. Homeogasy!...Zero emissions and the only thing that comes out of the tailpipe of automobiles treated with homeogas is water. Plus it is far safer than either distilates of petroleum or hydrogen as it is completely non-toxic and entirely incapable of combustion, even when exposed to direct flame. I endevoured to quickly write down the theory and dosage using a copy of 'The Organon of the Healing Art' as a base by simply crossing out 'patient' and replacing it with 'internal combustion engine' whenever the former appeared in the text. I then summoned a courier and sent him to the local carmongers' for experimental trials of an anecdotal nature. I have not yet heard an account of the results, but with the successes I've had with the 'Theory of Infinitesimals' there is little chance of failure."

The interview came to an end when the steam from his drawn bath made the mirror too foggy for him to see himself reply to the questions that his talking to himself had raised.

The humble petrol station, soon to be the homeogas station.

News from the carmongers' is minimal, limited to this second-hand interview with one of the mechanicians involved in the trial. The man, unnamed, reputedly said to a scarlet woman at a local brothel, "I emptied the fuel tank and refilled it with homeopathized gasoline. The savings alone make it a no brainer. A tank of homeogas costs only fractions of a Euro. Unfortunately we have been unable to test drive the homeopathized automobile, as some ass keeps swapping the homeogas with water!"

Calamitous impairment of the test is suspected by saboteurs in the employ of one or more of the multinational corporations that deal in petrol. Guards have been posted at the carmongers', but as of this printing no tests have been carried out, as each time the analysis is restarted these saboteurs have, by methods yet to be uncovered, successfully replaced the automobiles tank of water with water.

The failure of the programme thus far has not damped the anonymous mechanician's enthusiasm for applying homeopathy in other venues. "I can't wait to see how healthy I'll get when I homeopathize my food..." he remarked to the prostitute in post coital reverie.

Whether or not the non-clinical trials eventually see success, the science of homeopathy is quickly expanding into other arenas. Pfizer, for instance, has announced a plan to pluck a single hair from the head of a man to protect that man from baldness, and the next issue of The Olde England Journal of Medicine is rumoured to contain the results of an experiment involving a construction worker. Insiders say that practitioners in England have immunized his digits to unplanned hammer impacts by tapping a single finger on his left hand very lightly with a small twig.

This article features first-hand journalism by an UnNews correspondent.
Retrieved from "http://en.uncyclopedia.co/w/index.php?title=UnNews:New_discovery_by_author_of_%27Versuch_über_ein_neues_Prinzip_zur_Auffindung_der_Heilkräfte_der_Arzneisubstanzen,_nebst_einigen_Blicken_auf_die_bisherigen%27_expected_to_supplant_petroleum&oldid=4947710"
Categories: