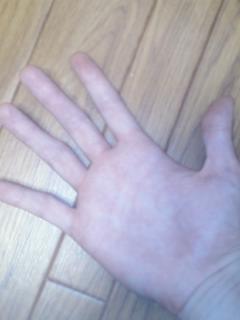 BOWLING GREEN, KENTUCKY, USA - In the afternoon of September 17 an unprecedented court case took place between a local man and his right hand, the former accusing the latter of non-consensual sexual conduct. A disturbing air hung over the courthouse as a specially constructed mini-podium supported the right hand (defendant) of 36 year old plaintiff, Wade Brentfield.

The incident in question took place the preceding weekend, in which the plaintiff’s wife, Shirley Brentfield came home early from their child’s rained out little league game to peer in on husband Wade in a compromising position in their den. Pants-less and reclined before the family desktop, the defendant was found furiously strangling the plaintiff’s erect genitalia, which subsequently sprayed spermatozoa in all directions.

“I couldn’t believe what I was seeing” recounts Shirley Brentfield. “There he was on the day before the Day of Our Lord doing the devil’s deed, right there in our den. And when I walked in on him he started talking crazy.”

“I jumped up and explained everything to Shirley. My hand had been possessed by the Devil and was no longer a part of me or under my control. I had been raped, and I was just as mortified as her. I’m an upright Christian man and would never spill my God-given seed anywhere but inside of ol’ Shirl. I’d never do anything to disgrace her or our little Jack, Nathan, Luke, Samuel, Brian, Jeremy, Ryan, Joseph, Kevin, Jack 2, Henry, Michael, Zachary, Alexander, James or Gabriel.”

Unable to find a priest to exorcize the perpetrating hand, Brentfield sought a court decision to prove his innocence to his wife and bring the demonized appendage to justice.

In a Kentucky courthouse first, Brentfield and his right hand gave their oaths over the bible separately, with the plaintiff donning a giant novelty “We’re #1” foam rubber hand on his right hand to represent his dominant digits in less evil days. According to the presiding judge, “Touching the Bible with a demon hand would be sacrilege, and raising the left hand would just be ludicrous”.

When pressed by the state-appointed defense as to how he contracted the malevolent spirit in a single limb, Brentfield tearfully recalled an incident in elementary school in which he “wrote the f-word in (his) notebook”.

“That must be what invited the evil in. Why it didn’t do anything until just last weekend, I don’t know.” 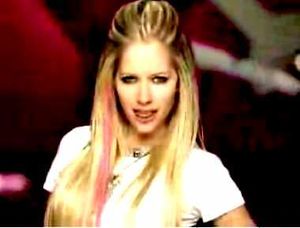 In a heated moment the defense referred to Brentfield derogatorily as a “B8er Boi”, meeting with chuckles from the jury, but also earning a disapproving look from the judge.

This would be a turning point in the case, with the jury unanimously finding the defendant guilty, and “undoubtedly Satanic”. Brentfield’s right hand was dealt a controversially severe penalty of death, and Brentfield was given the chance to have it sent to the electric chair in either attached or severed form. He chose the latter option.