From Uncyclopedia, the content-free encyclopedia
Jump to navigation Jump to search
UnColums:Johnnys a big poopy 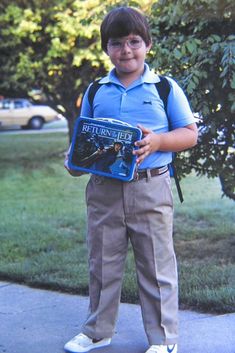 I stoled Johnnys lunchbox. Dont tattle on me!

BIZMARK, Norf Dikoda -- Johnny, a boy in my class at scool, is such a dork. I hate him soo much!

Johnny lives in a house on my block and hes got a mother and a father and a brother. His parints just getted a devors. Hes so lucky. Johnny says "...theyre kompeeting for my luv", so his birfday presints are waay betterer than the wuns I get. My parints always get me sox or a sweater and granny gives me a doller and I have to hug her and she smels like old. Johnnys get him rollerblades and Playstashins and Pokémons and soon Im shur they'll giv him a spaceship or a dinosaur or something! How awsome is that? I wish my parints would get a devors.

And also he sits in the front of the class and he thinks hes so smart! When my teecher, Mis Stentham, asks the class if they know the anser to a kweschun in maff or histry or some shit, Johnny always puts up his hand. If she picks somebody else first and another persen secind and another persen therd, he waves his hand and calls out her nam a bunch of times. He even props his arm up with the other arm gets tird! When she asks him, hes all "Ooo, I know the answer. Im soooo smart. I read books and study and brush my hare and wont let Bobby ride my Huffy and everything!" Wut a jerk.

When he goze to get his hare cut he sits on the hors instead of the moterbike and his mom takes him for ice creem after! What a doofus. I don't get ice creem even if I don't kick the barber when hes cutting my bangs. Johnnys so lucky!

For the Sience Fare this wun time he brung a volcano. He knowed that I wuz making wun to! I spended all weekend makeding it. My dad says that his parints mustve helpded him, coz his wuz all good and stuff. When he pord in the viniger, the bubbles were colerd red. Mine wuz just fiz. He getted an A and a ribbon and a tshert and his picher wuz in the paper. I just getted a C+ and viniger on my pants and my mom yelled at me and she sayd that "...this is why we cant have nice things!" and when we went home she went in the kichun and put on Enya and drunk from the bottle that Im not allowed to touch.

Johnnys grampas funeral had guys in uniforms and they were in the Army and they had guns and they shooted them in the air and his grampa didnt invite me so I had to stay in clas and lern my multiplation tables!

I opended it this wun time wyl my parints wer outside or or not home or something and it smel real bad and it tasted even worster. It must be a mom thing. Dad drinks beer, which looks like foamy tinkle. I don't even want to know how they make it. Johnny prolly knows. Johnny knows everything. Hes got a computer in his room and encyclpedias in the living room and hes going to asternot camp soon and he says hes gonna be a asternot or a fireman or a surfer or a cowboy when he grows up. My mom says that shell help me be anyfing I want, but dad says that after ayt-teen Im the States problem.

The next Fare, I cant remember wut he brung, but I marked an experiment that proovd Johnnys a poopy. I had diagrams and everything! The teecher gived me an F and marked me go see a sykiatrix who askd me kweschuns and then he gave me candy that dozint taste like candy at all and I hide them under my pillow. I used to giv them to my hamster, Mister Twitches, but his eyes bugged out this big and then he died! I still has to see the sykiatrix every week, evin if its sunny outside and the other kids get to play baseball or thro rox off the overpass. 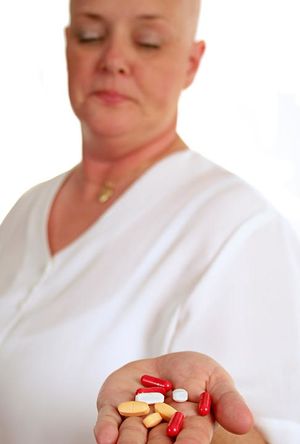 This is Johnnys mom. She's all bald and she gets to sit around and eat as much candy as she wants and her docter gived her bottles and bottles of them and she wont share and she slapt my hand when I tried to grab some! Seriusly!

Johnnys parints get him wutever shooz he wants! Mine only get me the cheep wuns and they still get mad wen I looz wun the next day and my mom says that shes going to ty the next pare together with a string like my mittinz.

Last week the Prinsiple came in class and gave Johnny the rest of the day off cuz he needed to go to his grampas funeral. Hes so lucky. Neether of my grampas ever has a funeral. They just scratch and complain about stuff, mostly. When Im a grampa Ill hav funerals all the time, just so my grankids can never not be ever in scool.

Johnny has a cool brother. I just have an older sister and shes at collij now and she used to babysit me and dress me as a girl and I almost got cooties. Ick! Johnnys brothers name is James and he calls me "Dude" and he plays Rockband and hes got all the instermints and everything! James is so cool that he got to do the same grade twice. His sekund time throo mustve been sooo easy.

And I getted yelled at by the teecher for pushing Johnny down on the playground stuffing leevs in his shert and rubbing dirt in his hare. She sayd that I "...shud be more good to him and shit since his mom something something something." I didn't no what it wuz, cuz Mis Stentham is always talking on and on and my docter says I have Ay Dee Dee and this wun time at the playground a spider bited me and my hand sweld up this big and I found a dead bird under a tree and I pokt it in the eye with a stick and it wuz all mushy and coverd in bugz! Then Johnny showd me a picher and it wuz of his mom and it turnd out that I wuz suppozd to leev him alone becuz his mom went bald. She didn't not even hav any eyebrows! I cant wate for my mom to go bald. Then Mis Stentham wont giv me any homewerk and Cindy, a girl hoo sits behind me in class, will get detenshin for calling me stoopid all the time.

I herd that Johnnys dad is moving to a difrint city with a noo wife and hes going to kort so that Johnny can go with him when he goze. I hoap he does, and he shud give me his Huffy, too.

FEETURED ARTIKL!  (read another featured article)
Featured version: 24 October 2009
This artikl about Johnny, whos a poopy, has been feeturd on the front page. See how Im much better than Johnny? I got this on the front page! — And so can you!.