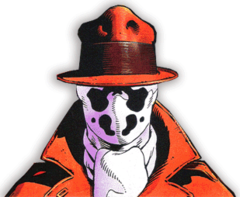 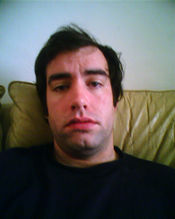 "I was hoping I could get a babysitter, but I couldn't."

"I tried to leave the kids with father, but they wouldn't answer the door. That's weird. Damned fine if you ask me. Running out on their parental responsibilities. That's just how it goes, though, I guess. Ever since my wife left me, it seems like it's been one crappy day after another. I figured the kids staying with my folks wouldn't count as time with me and I could keep them a little longer, but now I HAVE to count this time. DAMN IT! If that wasn't bad enough, when we went to buy tickets, the fat ugly lady behind the glass kept giving me crap about how John was too young to see the superhero movie. Then why do they sell toys and comic books of this movie? Ever think of that, dumbass? I bet they have a Saturday Morning Cartoon show of Watch-Men. I bet she hates men because they never paid any attention to her. Then the kid who rips up the ticket stubs told me the same thing. Whatever, he probably thinks he's better than me because he didn't knock up his girlfriend in high school, as if he could get one. James knew him from school and pulled his head down to fart on it. I didn't say anything, but I actually thought that was a little funny."

...I couldn't enjoy this movie, what with my kids there and all.

"...I have to say that the music was pretty good. The action scenes, too, what I saw of it. I kept having to watch James and make sure he wasn't smoking pot. There was a little too much talking, though. I don't know. All in all, I was disappointed. I had a friend in the 90s who wouldn't stop talking about this comic, but the movie just drug on and on. I fell like half asleep some time during the part where they rescue some people from a fire and woke up just in time to see the prison riot scene, so I have no idea how much of the movie I missed. Man, am I going to be late? I'll bet that witch is going to complain. This movie is REALLY long. Honestly, I don't know what's wrong with movies these days. Oh, God. I'm starting to sound like my old man. Where ARE they, anyway? They never leave the house." 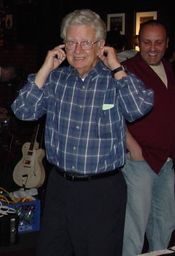 "Martha rushed me to the hospital as soon as she could. I usually don't let her drive, what with her bein' a woman an' all, but I know what passin' out feels like, an' I was about to do it. No need for driving while asleep. That's how my pappy went, and I'll be damned if that's how I go. Anyway, I woke up in the hospital and I was wearin' this gown that don't cover me too good. I was hopin' the nurse would be cute, but it turned out it was a MAN!"

That man better not have been the one to undress me.

"...the only good thing about this is that Martha has been here, at my side, feedin' me, holdin' my hand, and helping me figure out how to use this bedpan. I'm not a young man, how am I supposed to bend myself over so I can use this thing, anyways? Ah well. I haven't heard from my son yet. I'll bet he's off bickering with his wife. I tell ya', people just don't have the discipline we had in my day. Why, I've hated my wife for 30 years, and we still get along. None of this divorce nonsense. Why, I didn't even leave her after she slept with Harry. I never even told Jake about that. It's sad how your life passes before your eyes when you think you're dying. Hey, MARTHA! Get me the bedpan!"

"That was the weirdest trip I've ever been on."

"So dad says I have to stay with him. Says I've been doing stuff I shouldn't. Says he's going to 'talk to me about it' after the movie. Oh, God. So I watched his stupid movie. I was carded before going in, so I figured it'd be good, but it's just this guy with pantyhose on his head turning over this guy's apartment. BO-RING. Actually, it started off pretty cool at first. Russell Crowe was killed off in the first five minutes. I think they said he was a stand-up comedian who witnessed a political murder or some shit and that's why the government killed him. I don't know because I wasn't really paying attention. Then the credits start and they show us comic book conventions from the past, and that's when the movie took a big fuckin' dive. I had snuck some of the good stuff in just in case it sucked, and before long, I was high as a kite again."

I have never watched a better movie in my life. It was fucking awesome!

"I have to say, after the hit, this movie is one of the better ones I've seen. Lots of explosions and latex and BOOBS. Oh the boobs. I'll bet if they edited the rest of the movie out and just had the sex scene, they'd win awards for that. Oh, that reminds me, I saw my friend Mike a few rows down and today he said there was this faggot nerd from school a few seats from him (he's like always sitting alone in the corner at lunch playing that pocket nintendo stuff or reading fairy books). Well anyways, Mike said that during the sex scene the kid was totally jerking off! Mike said the dude kept looking over his shoulders the whole time and that Steve told him that he saw Japanese cartoon porn in his locker that time he put dog shit in it. Good times. Good times." 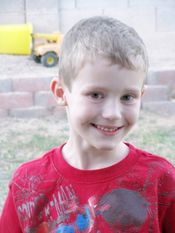 "Batman has sex with Mary Jane but we never see him fight Spider-man and I couldn't find any toys at Wal*Mart from the movie but Bobby said he bought some at Toys"R"Us but I think he's lying because he won't show me them."

"This movie was ok, but Batman was better, I also liked Hulk better and Iron Man and I don't even think this is a comic book there are no cartoons of it and the guy with the meat cleaver and the spraycan was cool, cause he killed people in jail, but that was it except for the Joker, who didn't even have any makeup and I think it was a different guy and he wasn't funny (he didn't even do the pencil trick) but then the movie was about the Hulk sometimes, only he was blue and bald and blew up people which was weird and then you saw his peepee. Also, there was too much man ass."

I've got a lot of games at home that were better than this, like Call of Duty and Mario and Halo... HALO IS AWESOME- but this movie wasn't so good, there was a lot of talking and not a whole lot happened - OOH! There was this one part where they were all fighting and it was cool because it was slow and fast at the same time! Batman didn't have that!

"The Joker wasn't funny, but he did get cut in the face and thrown out a window and beat up real bad, I think it was Batman, but I fell asleep because it was too long. Bobby said there were two Batmans in this movie, but it was in the future and Bruce Wayne Batman was old so he had a son played by Harry Potter, and the new Batman suit was gold and that the Batmobile could fly which was cool but I don't know why he teamed up with the Joker. Oh and the Joker tries to kiss Mary Jane's mom and she hits him so the Joker beats her up and tries to take off his belt to spank her but some heroes stop him. Daddy spanked me one time even though I didn't do nothing except drink the root beer from the refrigerator in the garage and it didn't even taste very good. Daddy said it was his root beer and that it was for grown-ups, but that can't be true because I see James always drinking them and getting some for his friends and then he gives me money if I don't tell daddy, and that's how I bought ten candy bars last Saturday but I wasn't selfish like daddy and I gave some to my friends except Kevin, because he said wrestling is fake but it isn't because sometimes they bleed. When I get more money from my brother, I'm going to buy my own root beer and I'm gonna tell daddy he can't have any but mommy can because she's always nice to me and so is her friend Brad who likes to have sleep overs at mommy's new house. One time when I was hiding under the living room table, I heard mommy tell grandma that daddy was a loser and that he told her that if he was condemned 16 years ago they wouldn't have James and would be happy."