From Uncyclopedia, the content-free encyclopedia
Jump to navigation Jump to search
UnNews:Homeland renewed for 9th season 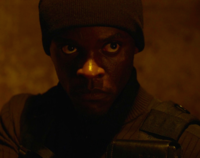 This is one of the people we are talking about in this article.

MADCHESTER, ENGLAND -- The explicably long-running Showtime romantic-espionage-epic drama Homeland has been renewed, 2 months too late. The April 26, 2020 episode of Homeland was the best episode in the 8th season, which was supposed to be the last in the series. It was the best thing I saw since the Sopranos finale and the Dexter finale combined.

What brought on the much-welcomed return of this show that you've long seen in the TV listings and wondered how the fuck you'll survive when it is finally over? The reason is the Manchester music scene, the cradle of such legendary bands as New Order, The Smiths, Oasis & Uncyclopedia favorites, James. The Man scene is mad right now, apparently.

Showtime has tried to explain all of this, in the following statement:

The Homeland Tom Walker is a homicidal marine who blindly kills people in the streets of America. The Manchester people are concerned that the good reputation of Tom Walker, the musician, would be smeared by the American show, since the character of Tom Walker could remind people of American police brutality.

Tim Booth, the frontman of the band James, [1] had this to say about this fiasco:

When Alex Gansa, the creator of Homeland, heard that another Manchester band, M People, was going to change their name to N People, he finally agreed to renew the show. Welcome back Homeland!

For more fake news on this topic, read:
Cops cancelled 25 years too late

For more fake news on this topic, read:
The Police shorten band name over controversy