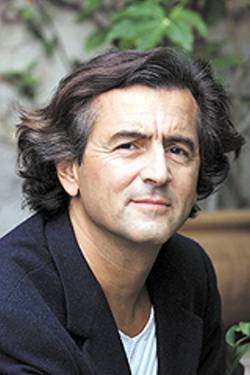 PARIS, France-- This week the people of France were given the opportunity to do something they hadn’t done in nearly seventy years: make fun of someone else for a change.

The man responsible for allowing the French people such a chance is famed modern philosopher, Bernard-Henri Lévy. Lévy, commonly referred to as BHL, was embarrassed by journalists when it was revealed that in his new treatise, titled On War in Philosophy, he cited ideas spoken by a source that turned out to be fictional persons created by an author as a satire of the intellectual community.

BHL’s ignorance was ridiculed by many, including journalist Maurice Piton, who said ”How could he not know Calvin and Hobbes are not real? My mocking is two-fold: one, if you’ve picked up a newspaper in the last twenty-five years you should have seen their comic strip at least once. Even if he doesn’t read the funnies, you would think that in twenty-five years he would have accidentally opened the paper to the comics section and saw this strip.” Piton pauses for a bout of subdued chuckling, then continues ”Secondly, it is a tiny child and a stuffed tiger. I mean, come on.”

BHL defended his mistake by attempting to gracefully brush it off, saying ”They are very insightful,” and ”I didn’t know they were cartoons”. When asked whether or not he thought Calvin and Hobbes were real, Jean Martine, a six year old interviewed for this story, said ”You’re asking me if I think a child cartoon boy and a stuffed tiger are real?” he then scoffed and continued his game of Calvinball.

Marc Broussard, a ninth grade, C- student, added ”Why didn’t he just google their names? The comic would have popped right up. Or check to see if they had a Wikipedia page at least. That is just sloppy work.”

Editions de la Table Ronde, publisher of On War in Philosophy, has acknowledged the negative spotlight cast on the essay and has already pushed back the release date of Lévy’s next book, tentatively titled Modern Philosophy: Garfield to Griffin.