From Uncyclopedia, the content-free encyclopedia
(Redirected from Fictional)
Jump to navigation Jump to search
Whoops! Maybe you were looking for The Bible? 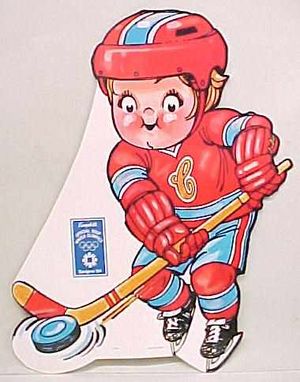 Fiction is by definition the lack or misrepresentation of truth. Fictional tellings developed before the written word, and are therefore better understood by all. Romulus Hobblefoot, an intellectual man with an abusive father, would tell his friends stories while sitting around a fire. He first developed the word "fiction" to describe his stories sometime in early January, 900 A.D. Loosely based on the horrible things that had happened to him throughout his childhood, they served to entertain and frighten the other boys. The idea of fiction, however, dates back much further.

Given that the internet is comprised of an intricate web of lies unvarnisihed truth lesser deities, no expert opinion exists that can define this term. Nor do the experts themselves exist. They claim to, but this itself may be fiction. They were kind enough to provide us these fictional definitions though.

Fictional things are things which exist in fiction and thus may be considered true only in that they did happen in some idiot's brain.

Fiction was discovered by science back in the mists of time and provided a way to avoid telling the truth when the truth might cause bad things to happen to oneself or to one's possessions. Prior to this all human interaction was based on reality and truth, which often led to conflict. After a concerted effort, fiction enabled humans to lie to each other and thus to co-exist in a more comfortable fashion.

Fiction is a resistance effect caused when two objects, people, or kittens come in moving contact with each other. If two objects are coarse enough, fiction results in the generation of heat, which can be used to cook things, like pancakes or cheese.

A simple formula allows fiction to be measured between two objects. Fiction primarily depends on the how well an object is able to hold particles of itself in long strings. The long strings of matter then get tangled up in each other, increasing fiction. This is greatly expanded upon in "string theory".

Rubbing two writers together will sometimes result in fiction.

Since most people know that life is full of lies and misrepresentations, it's easy to imagine that fiction may actually be stranger than truth. But that's where they'd be wrong. As it turns out, a study done by the University of Arizona in 1975 conclusively confirmed that fiction is anywhere from 18 to 34 percent stranger than truth, particularly when it has to do with time travel.

Because of the success of fiction and lies, it can often be difficult to decide whether or not the reality one is experiencing is in fact real in any real sense of reallness where real is a value defined as that which is not fictional. In general, fictional things are more colourful and far more interesting than real (in technical terms "non-fictional") things. Aristophanes estimated that around 98% of human experience is fictional.