~ Dane Cooks' fans only possible way of defending him

The following is a literary transcription of Dane Cook's autobiographical stand-up event, known only as "Dane Cook: Right in the Fucking Balls." 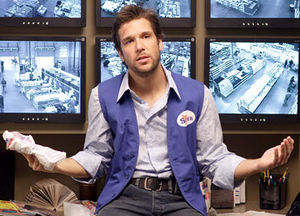 What, me beat a dead horse?

They're not laughing at me...ya with me, SHAZAAAAM *finger snap* thats what she said!

You know how, like, when you're in fifth grade you learn about sex and babies? *laughter* YEAAAHHH baaaaabies? *slightly more, confused* That really fucking sucks. Because you're like in fifth grade and you're learning about sex and babies and you're only in fucking fifth grade! And you're thinking "so my parents had sex to have me?" And you're like "woah" because it's just disgusting. Disgusting! My life is similar, you know? I was conceived by sex, and I found out in fucking fifth grade, and I was grossed out, you know? Like I was grossed the FUCK out. Very, grossed. *audience manages an uncomfortable chuckle* Then I grew up, you know, with parents right, but then when I was finally out as a teenager having sex and all I could think about was what? Oh yeah, them. Totally doing it -- and I was like "EWWWWW!" *karate kick, nearly drops microphone* Heh heh heh heh. So then I grew up and I was really pissed because I had lost my virginity and couldn't enjoy it, man.. You know what I wanna do? I wanna take the guy who came up with the idea of fifth grade Sex Ed and just POW! RIGHT IN THE FUCKING FACE! And I'll be like "Sorry, asshole, you ruined my life" and when he thinks "Oh, its cool, its just a punch in the face no biggie," BAM: a shot to the nuts! You fucked with the wrong elementary schooler, cockring! BAM!!

You know how, like, child stars are always, like, famous? You know, they're famous, like famous because they're on TV and they're a child and a star, ya know? Well, did you ever notice how they're never famous when they're older? Like, they're always fucking washed up. Always fucking washed fucking up. Fuck, that kinda blows huh? So it's a good thing that I wasn't discovered as a fucking child, because then I'd be standing here, I'd still be in fucking fifth grade with my parents having sex on my mind, and I'd be a wash up, you know? So yeah, it's a good thing I got discovered at the ripe young age of 36. I, like, went to the, you know, executive and I, like, "Stroked his tube." I still, like, do that, you know, to this day. Not only, like, I get some, you know, specials, I also get gravy. Man, but life really does kinda suck balls doesn't it haaaa... yeah.. *more, increasingly disturbed laughter*

When Dane Cook was young his peers told him he would never become a funny comedian; he sure proved them right.

Have you ever noticed that? How life absolutely sucks balls? It's awful, because you're like "Wow life sucks" and then everyone's like "No shit asshole" and you're like "Well fuck you!" Dipshits, the lot of em. They think they're so fucking awesome but they're NOT!

So you know how kids are, like, young, and they're like all not old and not at all funny like me? Yeah, so these are these fucking kids that are like fucking five and they're just completely disgusting! I just want to take a kid one day and just crush his head under a bed! And it'll be like squish! Because they speak 1337, and 1337's annoying if you ask me! BOOM!

Back to Peak Career

SEE? THERE THEY ARE AGAIN! WHAT ARE THEY LAUGHING AT?

You know who else I'd like to kick in the nuts? MC Hammer. MC FUCKING HAMMER! MC Hammer sucks. He's a dipshit too. M. C. Hammer, man, wow. He screwed his fucking career like a God-damn dog the second he was fucking famous as far as ol' Dane's concerned. I just want to take that guy and shove his head into a frickin' wall and be like "DAMN man, you should KNOW that I do shit like this by now!"

Both POW. Square, in the balls.

RIGHT IN THE FUCKING BALLS! POW!

Theres nothing wrong with modeling your hair after The Flying Spaghetti Monster. In fact, its fuckin' sweet actually, wait is that the guy from CSI? NO FOR FUCK SAKES SHAZAAAM ITS DANE COOK THE FUCKER..

Have you ever been to a funeral? Yea we've been to 'em... You know how, like, at a funeral, you're honoring a person who was alive but isn't now? Man, it would suck to be that guy! Boy would that suck! That would suck more than a gay man. *awkward silence* A gay man! *cough* How 'bout a DEAD gay man! *subtle-yet-tension-reliving laughter* Hehe. Now, if I was dead and I could see my funeral, I think my biggest thing would be like "What the fuck did they do to my face? Like what the fuck? Is that makeup? Is that fucking makeup on my face? They put that shit on MY face? What the hell?!" Because that's what they do, they put makeup on the faces of dead people dude! And it's like "OK, he's dead, why does he have makeup on? He wouldn't wear it in life, no matter how shitty he looked, why now?" Makes you want kick someone

...but anyway, the worst is when men wear makeup and they're alive. I mean, that's homo. Like really fucking homo, completely queer and not even the slightest little bit erotic. Douchebags, they think they're so cool but let me tell ya, folks... they're NOT! HAA YEAH BLARH BLAH BLAH! Oh ho, LOOK AT THIS CLOWN OVER HERE! Mr. McFunny man, probably been funny your whole life, right? Funny guy in high school like OH, LOOK AT BRENT, HE'S SO CUTE AND FUNNY! right? What a shitmuffin. *chuckle from people who believe swearing is humorous* Oh yeah, well, you think you can do a better job? BLAH BLAH BALABLAH!!!! Oh yes, go for it chief, you're the funny man over here, go for it!!! >BLARH bl--this thing on? Oh yeah, bitch, go ahead, do your worst. RIGHT IN MY FUCKING BALLS! 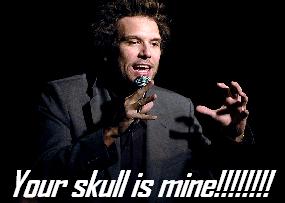 Yes. I've been laughing at you, but NOT THE WAY YOU'D THINK!!! You stand there, right here right now, and yes, you're funny. But not laughing with funny, OH NO! Laughing at funny! Look at him! Mr. Bigshot! Thinks he's being oh so hilarious, talking about castration, homicide, intercourse, the list goes on and on! Huh, you know what I'd like to do, I'd like to take that guy and go POW! RIGHT IN THE FUCKING BALLS! *no laughter* YOU SEE! IT'S NOT FUNNY! But I digress, what were we talking about. Oh, right, this fruit. Yeah, he has sideburns that don't fit his face, he curses too much, and he doesn't have an original joke on him! Jerry Seinfeld, Bill Hicks, Lewis Black, George Carlin, Louis CK, their styles have been aped by this unfunny douchebag, in a heretical and untimely fashion. I realize this won't make any of you laugh, but I wonder: are all the other countries wrong when they say we've gone to shit if this is the reigning King of Comedy? Your move, Dane...

We are sorry, but Dane Cook has left the stage. He muttered something about wringing the necks of everyone who is not friends with him on MySpace. Your fee will be waived in light of tonight's abrupt end. Thank you for coming.

Featured Article  (read another featured article)
Featured version: 9 October 2007
This article has been featured on the front page. — You can nominate your favourite articles at Uncyclopedia:VFH.