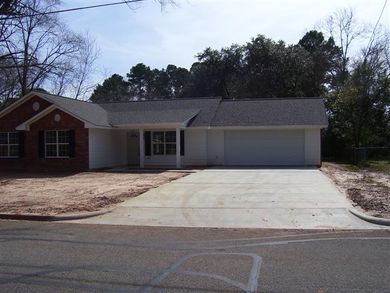 For those without comedic tastes, the so-called experts at Wikipedia have an article about Tom Bergeron.

Tom Oxnard James Tyler Marchand Bergeron (May 6, 1955-August 3, 2004) is now dead (killed by terrorists in Munchen, Germany as explained in "The Fall of the Burgeron".) He was a so called "host" of the television show America's Funniest Home Videos, said to be the second worst show in the history of television following America's widest driveways. 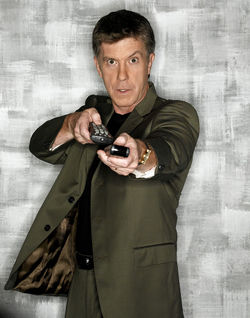 Don't mess with The Burgeron.

Tom was born in Germany to a family of templars. He was a very rebellious boy, who fought the power and ate whatever he wanted. The Government of Deutschland thought it would be best to send him to a different area. Therefore, the Government officials got drunk and threw darts at a map. The U.S. was "selected". At 8 years old, he got to Ellis Island with the pilgrims (the pilgrims actually came to America in the Juneflower [the actual name of the "Mayflower"] in 1963, not in 1661) and was sent to Hollywood because he "had a very charismatic and provocative mood to him. I kinda wanted to do him." said his probation officer.

Around the age of 20, Tom became very interested in bees. He loved them and this led to his first job as a beekeeper for the CBA (Californickun Beekeeper Association). He was stung about thirty thousand times throughout his career of 2 and a half years, due to his ignorance of beekeeping safety. Tom would go out to the bee hives without his suit on and wouldn't even smoke the bees first. He was hospitalized about five times. Speaking of which, this was around the time when the Bergeron Gate scandal (not related to the Watergate Scandal or kittens) occurred. During his stays, he would steal several things ranging from scalpels to cottonswabs from his hospital. Throughout his hospital visits he stole 50 lbs of cottonswabs, 32 scapels, 87 packages of fruity jello, 25 pounds of gauze, and 100 tons of machinery (such as MRI machines, X-ray machines, catscan machines, and sonography machines). This put him in jail for 7 years, but he was released early for good behavior. During his time in jail, Tom became friends with the Hamburglar and Captain Crook (who were finally captured by that over sized hamburger head of a sheriff officer, Big Mac).

During the two years immediately following Tom's release, he went on thousands of raids with the Hamburglar and Captain Crook. (Captain Crook eventually McKilled himself because he couldn't take the guilt of drowning a mentally handicapped employee in grease). They traveled from McDonald's to McDonald's, killing all the employees and destroying all the statues of Ronald McDonald.

His Rise to Fame or Sort of Fame[edit]

Once, when Tom was robbing a store, he ran into Vin Di Bona at a McDonald's in Oxnard. He too thought that Mr. Bergeron had a fantastic charisma so he offered him a deal. If Tom would host his new show, then Vin would help him get out of jail (it has yet be explained how Tom managed to rob a store while in jail, but who the fuck cares). So The Burgeron replaced the recently-murdered Bob Saget and America's Funniest Home Videos became a national phenomenon throughout the country. From then on, he hosted the show with his poorly written jokes and his creepy smile. People began to love him. His adventure in Iraq, however, ended his career, popularity, and life.

The Fall of The Bergeron[edit]

Tom could kill with his smile. Tom's smile actually caused 9/11.

Even though this is the most epic event ever recorded by man, the smart people refuse to put it in textbooks. Well, this is how it goes. Bergeron decided to try new things like going to different countries and getting funnier videos. Doing so, he went to Iraq and got hilarious videos of citizens stepping on mines (see asplode). He searched throughout the country trying to find better and better videos. Somehow he got himself into a pickle when he found a video tape of a terrorist meeting. He tried to stop them (by telling jokes, of course), but it was too late (and he didn't know the number of 911 in Iraq). He began to run but everywhere he turned there were what seemed like terrorists to him (you can never tell). So he jumped into a Hum-V and rode to what seemed like a bar (because of him being an alcoholic and that the Liquor did so much for him). He went inside but it turned out to be the place where the video was filmed. He never had a chance. He fought a good fight, but he got his ass kicked. Tom was bound and gagged, and then he was made into a scare tape that was later sent to the U.S., which George Bush never watched because he was too busy doing nothing.

While not openly admitted by the media, Tom and Bob Saget were mortal enemies, constantly fighting over who's stale jokes could make more people die. During their rivalry, six epic battles broke out between them. The first was a mere bar fight, but it was fought at the speed of light and not noticed by most bystanders. "Beer and stuff just started flying everywhere," says one witness. "I wasn't sure what it was, but I was drunk, so... (laughs) I guess I'm usually drunk anyways." The fight left the bar ravaged and three woman pregnant.

The second battle was fought on the Statue of Liberty. The two men flew around the huge statue shooting lightning at each other, occasionally missing and eventually killing 12,000 bystanders. The incident was dismissed by the president as "those damn aliens."