From Uncyclopedia, the content-free encyclopedia
(Redirected from Title)
Jump to navigation Jump to search 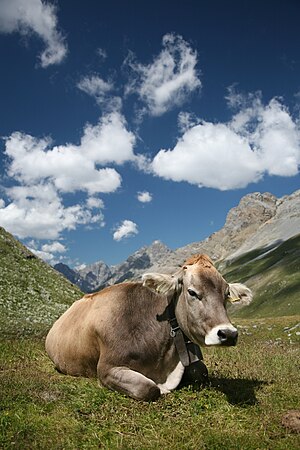 Page intro image caption that tries and fails to explain what the random vaguely-related page intro image actually has to do with page title's topic.

Long list of other things the page title can be called, including page topic, page alias, page redirect, page description, page's sister, and that incident when page's sister absolutely refused to have sex with anyone who knew page title[1]. Subsequent awkward explanation that page title doesn't actually have a sister and that the incident was a complete mixup. Subsequent even more awkward attempt to change the topic which fails because this is the page on page title and thus the page topic is page title.

Veiled attempt to pass all of the page introduction as high-brow humour before hastily moving onto some page title background.

Some background into page title reveals that page title has been around entirely too long[2] to make any good jokes about it. Wildly outrageous statistics fill space, but fail to progress the story into any relevant context.

Long string of poop jokes tying how folks in the past had a lot of problems involving poop[3] into how folk in the present have a lot of problems with poop even though nobody we know actually has had any of these problems because they were all made up on the spot. Overly long sentence trying to make up for the previous sentence. Random details about the science of page title, and how knowledge of page title has progressed considerably in the past few weeks. Subsequent explanation that it is now believed that page title is possibly a type of hurricane, or possibly a cheese, or a small variety of moose. Tacked on elaboration going into a questionable backstory of a relatively recent incident in a room with a moose.

Something about a cat.

Introduction to incident with page title with a passable attempt to connect it to the previously mentioned incident with the moose, as well as the general extraordinary history in general. Comments about how annoying it was. Note about certain confusion surrounding the incident, and details about the various aspects of the resultant controversy. Conspiracy theories about involvement and coverups by the CIA, the Illuminati, the KGB, and Hello Kitty. Questions about what all it really means, and what all the implications of page title's existence really are.

Another subsection added purely for filler

List of objects that should be kept in your basement in case of need to eventually fend off page title. Some tangent that keeps getting weirder and weirder, but fills up space nicely and makes the article layout look more even and pretty.[4]

Section about the impact of page title

Poor jokes go on for some time about the impact of page title with your mom.

In-line complaint from an editor about lists and threatens to declutter it. Response paragraph from another editor explaining that to do so would just remove most of the article in the process, and really the lists are The Joke. Confused comment from a reader wondering how this is supposed to be funny.

Snide remark that page title has clearly had more of an impact on this page than on anything else, because this is well past the point at which the article on page title has completely fallen apart and no longer has anything to do with page title. Attempts to recover from this fail, so a gallery of page title is inserted instead in order to distract any remaining readers with shiny colours.

A gallery of page title is included as a distraction, and to fully depict page title's exploits, none of which have anything to do with each other.

Featured Article  (read another featured article)
Featured version: 30 November 2013
This article has been featured on the front page. — You can nominate your favourite articles at Uncyclopedia:VFH.