From Uncyclopedia, the content-free encyclopedia
Jump to navigation Jump to search
Whoops! Maybe you were looking for Cylon and Garfunkel?

For those without comedic tastes, the so-called experts at Wikipedia have an article about Simon and Garfunkel.

“Hello lamppost, what you knowin'? I've come to watch your power flowin'.”

They first came to prominence in 1965, and split up in 1970. Then re-formed several times during the ensuing decades, argued, split up, kissed, made up, drank, threw up, re-formed, split up again, sulked for a bit, gritted their teeth and agreed to give it one last try, split up for definitely the last time, and promptly re-formed.

In The Beginning, There Was Simon. Or Garfunkel.[edit] 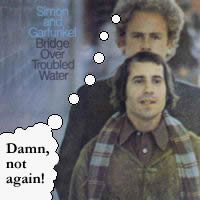 If Paul Simon had just taken a couple of steps to the left, it could have been so different

It is common knowledge (to all who have met Paul Simon and been told by him) that Paul Simon was born out of light, and is rumoured to be the Holy Ghost, whereas Art Garfunkel was a wretched abandoned child with whom Simon hooked up out of pity, after rescuing him from the floor of a roadside diner where he was scrounging for food, talent and good looks. Simon nurtured him, used his colossal talent to write songs that were so good even Garfunkel's reedy voice couldn't ruin them, and all he asked in return was that Garfunkel recognise him as the living embodiment of all that is good on this earth. When Garfunkel refused this reasonable request, Simon cast him adrift.

Conversely, Art Garfunkel maintains that Paul Simon was a struggling busker in a New York subway, and that, by the grace of God's august representative on this planet - Art Garfunkel - he was blessed with a musical career and hit albums. Garfunkel's voice elevated Simon's simple compositions from the pedestrian to transcendent works of genius, and Simon should have done more to acknowledge this, instead of trying to stand in front of Garfunkel on every album cover he could. When Simon refused to stop this childish behaviour, Garfunkel picked up his ball and went home.

The truth of the matter is more prosaic. They met at school, discovered that although their speaking voices had broken, their singing voices hadn't and never would, and started writing wistful folk songs together. No drama, just music.

Admittedly, Art Garfunkel was bitten by a radioactive hamster when he was younger, but disappointingly, it failed to give him any superpowers at all. Although the scar does still itch whenever he passes near a cage with a wheel in it.

Recent information leaked to the New York Times tells us that the pair once had a third friend called Tim, who intended to play 'silent partner' in the band, helping with backing vocals and playing instruments, while never taking his own place in the limelight. However, as the release of the first album drew near, Tim grew hungry for more power, and petitioned that the band be re-named 'Simon & Garfunkel & Tim'. This notion was overruled by Paul Simon and Art Garfunkel quickly (possibly the only thing they ever agreed on) and, humiliated, Tim left the band to pursue a career in wheat farming.

At The Height Of Their Powers[edit] 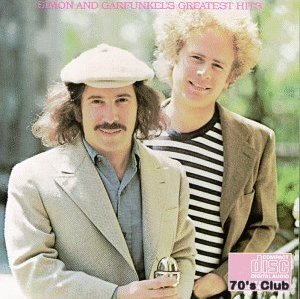 Unfortunately, their fashion clothing line failed to match the success of their albums

Simon & Garfunkel's career took off in the mid-sixties, when "The Sound Of Silence" became popular on radio stations across America. This was a surprise to many, as the track did in fact consist of three minutes and seven seconds of silence. However the truth of the matter is that even in those days, DJ's were notoriously reluctant to shut the hell up, and people just wanted a rest from their inane patter for a change.

However, no-one told Simon & Garfunkel this, and so, convinced of their own genius, they recorded a number of albums of their own brand of whimsical folk-rock, such as "Parsley, Sage, Sneezy, Sleepy and Doc", that many people bought. Many other people were baffled by this, and speculated that it must be some sort of conspiracy, possibly involving the Mafia, as all good musical conspiracies should.

Strangely, they turned out to be right. The international narcotic mafioso bought many of their records so that they climbed to the top of the Billboard charts, enabling the duo to tour the world. In return, Art Garfunkel allowed members of the mafia to put packages of heroin in his supernaturally voluminous hair when they travelled between countries. This smuggling continued successfully until 1971 when Garfunkel visited a hairdresser, who by mistake cut a hole in a heroin bag presumed to have been lost, and died from an overdose.

The police became suspicious following this incident, and searched Garfunkel's hair with a fine-tooth comb. This in turn removed long-established knots and tangles from the complicated structure of Garfunkel's hair, causing it to collapse in on itself. The incident clearly traumatised Garfunkel, and he and Simon decided to split. 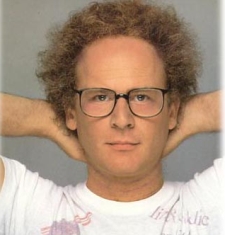 Art Garfunkel: Pioneer of the Jew-Fro.

Paul Simon turned to experimentation with different styles of music after the split, working with artists from all over the world, and trying to see if he could teach them to play folk-rock. His efforts were partly successful, although to his chagrin, they could never fully pick up his techniques, and were reluctant to change the rhythmic stylings they were used to. This led to such albums as "Graceland", made with Aerosmith Black Mambazo.

Simon also suffered several legal claims for damages made by a few foolish and easily-led purchasers of his daring single "Fifty Ways to Lose Your Loofah".

Art Garfunkel recovered from his hair trauma, and embarked upon a solo career of his own. He was determined to prove that he didn't need Paul Simon to write songs for him in order to be a success, and he achieved this by having hits with songs written by Mike Batt and Harry Warren.

Pleased with the success of these ventures, he moved his career into its next phase - reuniting with Paul Simon at every available juncture, a strategy he continues to pursue successfully to this day.