“Thou shalt not be a warrior of the sidewalk”

~ The Bible on Deadly Sins 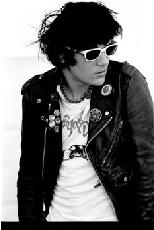 ~ Gandhi on being hit by Sidewalk Warrior

Sidewalk Warrior has become one of the most recurring characters on the streets of major cities such as New York City and London since the dawn of the paved road. He is most known for his ability to walk and look straight forward on a sidewalk without moving to avoid people or other obstacles (including cars and oceans). Sidewalk Warrior is very cool and is thought to thrive on the satisfaction of bumping into passing pedestrians without acknowledging the impact. He has often been criticized for not making exceptions for elderly and physically handicapped people in his machine-like forward march. Sidewalk Warrior is thought to have walked around the world 8 times without making a single sidestep.

Sidewalk Warrior was born in the year 329 BC as the son of Alexander the Great. Not much is known about the early years of his life except that his fathers dying words to him were: "Walk forth into the future". It is unsure to this day how well the relationship between Sidewalk and his father was, however it is clear that he definitely inherited some of his fathers most known qualities such as the gift of being a great warrior and the ability to cross borders without being stopped by any force. It has only recently become apparent that it was actually Sidewalk Warrior rather than Mao Zedong who led The Long March which spanned half the length of China or probably less. He was mistaken by much of the Red Army for a dragon, due to the combination of his determined stare, mighty forward stride and the amount of opium that was being abused by the average Chinese person at the time. 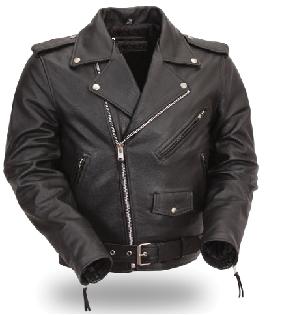 People have described Sidewalk Warrior as a Caucasian male, however there have been sightings of him with a somewhat darker complexion (possibly due to prolonged exposure to the sun). He has medium-long hair, strangely deep-blue penetrating eyes (which seem to glare into the human soul) and very broad shoulders. He often wears a studded leather jacket, which makes him look badass. Sidewalk Warrior shows no expression on his rugged-featured face, this is due to the fact that he only knows three emotions; success, determination and satisfaction. He is extremely popular under female humanoid mammals, who become increasingly sexually stimulated when he is nearby. It is thought that Sidewalk Warrior draws his powers of determination from an unnatural amount of testosterone being circulated in his body.

You may wonder how Sidewalk Warrior can sustain walking for so long without becoming tired, this is actually due to the way that he utilizes a technique called THIRDLEGGING which means that he is able to regularly replace one of his tired legs with his THIRDLEG, so that a rotational system exists in which one leg is constantly resting. He does not discriminate between left and right feet.

A common misconception is that Sidewalk Warrior merely bumps into other by-passers, but in fact there is a great martial art associated with his footpath domination.

He is the founder of the BIGBASH technique. It is a very carefully executed skill which requires a Sidewalk Mastery level of 60. The move entails the charging of testosterone which is then released in a single burst of energy onto the shoulder of a by-passer. It is a move which often imitated by gangs of youths, however the level of effect varies greatly depending on the level of the gang-leaders Sidewalk Mastery. This skill can often lead to injuries such as posterior shoulder dislocation, broken arms, fractured ribs and mild concussion in the case of midgets.

Besides BIGBASH there are a variety of other skills used by Sidewalk Warrior one of which being TRIPFOOT; this technique is so powerful that it is illegal in most countries. This trick is only possible due to his before-mentioned THIRDLEG. What happens is that the THIRDLEG becomes extended from the side of the body and performs a swinging action which catches a by-passer by the feet and causes them to lose balance and trip. This skill is unique to Sidewalk Warrior and Bigfoot.

For more misinformation follow the following link: A person attempting to imitate Sidewalk Warrior; poorly might I add

Over the years Sidewalk Warrior has achieved many great things. First off, immediately after his fathers death he set off towards the west and was in fact the first European to discover America, despite anything Christopher Columbus will say. However Sidewalk Warrior was not impressed by the then sidewalk ridden continent and left immediately stating that "the local population are wild savages, ignorant to the importance of paved roads". He would only return nearly 2000 years later when the other Europeans had finally "Whipped them into shape". 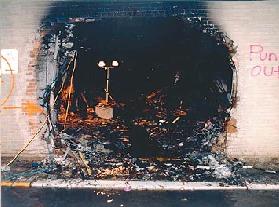 The Berlin wall after being BIGBASH'd

Besides the discovery of America, Sidewalk Warrior is probably the only living person who can give an account on how Jesus Christ really was; referring to him as "A kind fellow, who enjoyed taking long walks... although he had a tendency to talk about this guy Gob... or maybe it was God... a lot." Which we can all relate to as annoying.

As was previously mentioned in in this articles Early life we now know that he was the leader of The Long March across China. This took place just shortly before he joined the Russian army in the march on Germany, which ended the Second World War. It was not long later, after having completely circumnavigated the world that he was the first person to cross both the Berlin Wall and the Iron Curtain on foot, using his BIGBASH technique.