Reality television, also known as the primaries, is a genre of television programming and is the electoral method American people use to select their next president. It is also widely known as being "The most boring shit on TV". Scripted shows are on YouTube and on these odd ball Christian channels that show Dr. Quinn in the afternoon.

How does it work?[edit | edit source]

Reality TV is filmed in everyday locations in settings and is really hard to make because they only get 1 take at all the scenes. The actors and actresses that go on reality TV actually get time free from their Hollywood lives. Once a network has a Reality TV, its approval ratings double or even triple (possibly into the negative range).

Some of the best reality TV shows were celebrity shows such as "Ich Bin Ein Celebrity Juden, Get Me Out Of Here!" and "Intercourse Island".

Another great experience of Reality TV is the creation of behind-the-scenes shows. These are usually found on sister channels filling hours as the main show. Examples of this phenomenomenom include "Big Brother's Hairy Mollusc" and "Bitch Slap: extra time", which are the countries favorite.

Virtual Reality TV (or Vitriol TV) is a excellent result of original Reality TV. Vitrual TV shows are compelled to make repeated references to the internet either by devoting time to hilarious [sic] videos found on YouChoob or by begging viewers to e-mail in with their opinions. This often results in a outsanding popularity and Emmy Awards. Reality TV shows usually get plenty of academy.

In the U.S. Reality TV is more commonly known as "verismo" - an acknowledgement of its indebtedness to Italian opera. 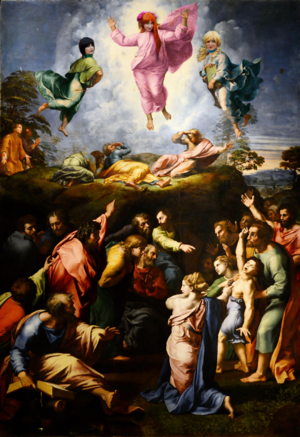 An image showcasing an episode from the most popular reality show, Powerpuff Girls, titled "Transfiguration".

The concept of reality television was created by Adolf Hitler, Hermann Goering and Joseph Goebbels in late 1920. It was named Ich Bin Ein Celebrity Juden, Get Me Out Of Here! and the concept of this program was revolutionary. As television did not exist yet, this reality show was realised over radio. After years of preparing, the show finally started running in 1942. It attracted lots of people from around the world to take part and watch the show.

In 1945, the show had some problems, so it was abandoned. It was later re-recorded to a television show.

Television was currently claiming more viewers, thanks to the invention of Televangelism. Gates would need a cunning plan in order to make sure that millions of TV viewers would instead become computer users, and the best way of doing this would be to move all the watchable TV programs onto a series of tubes. But how would he stop the spread of high-quality shows from the mind of such genii as Aaron Spelling? Thus, Tori Spelling was conceived. However, she would take approximately 40 years to reach full maturity, and so an interim backup plan was put into place with the first Reality TV program, An Armenian Family.

In 1992, the first popular Reality TV program, named Powerpuff Girls, started running. It was the first reality show to include babies. The show included looking at the everyday life of a baby with superpowers. The critics said this show was "too ordinary", but nobody cared, and this show is the most watched reality show of All Time, setting the record amount of views per episode, which is 5,283,499,291 viewers.

Numerous reality shows were inspired by Powerpuff Girls, such as Marty the Magic Dinosaur. This reality show made this television genre popular, in the place where it is today.

Reality shows have become an everyday thing. A good example of today's reality shows is Eurovision. It is an annual show where each country is competing to make the worst song to ever exist. A recurring theme in reality shows is homosexuality and food. They have also made numerous people famous, such as Paris Hilton, Kim Kardashian, Donald Trump and Andy Murray.