From Uncyclopedia, the content-free encyclopedia
Jump to navigation Jump to search
Popular Belief
Whoops! Maybe you were looking for Ignorance?

Popular Belief in his typical "God made me do it" pose.

For the uncouth among us who choose lies, the so-called experts at Wikipedia have an article about Popular belief.

Popular Belief is the world’s most referenced philosopher. This is mainly because no one agrees with him, and he is very useful to reference in contrary to him. Known for his crazy views for all things possible, and all things clearly impossible, he very quickly became the most hated of the philosophers. He was the first man to argue that no one ever set foot on the moon, and he was the first man to ever actually set foot on the moon. As you can see, he’s a hypocrite.

One very weird thing about Popular, is that unlike most philosophers, there is very much information about his life. There are even DNA samples of his, finger prints, lists of his favorite music, and even records of almost every detail of his life. This is very weird because most philosophers barely exist. Most of them pretend they aren’t even human, and some, like Immanuel Kant, did that with great skill. I still can’t believe he wasn’t an alien. 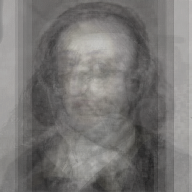 The average enigmatic philosopher. I could swear he was an alien!

The reason behind why there is so much information about Popular, is partly because he was so hated. Normally it helps a philosopher to be an enigma. This is because only an enigma can understand an enigma. This is where the term “takes one to know one”, comes from. So to try and subvert his theories, people like Kant, Plato, and endless other philosophers spent their lives trying to make Popular seem known. This in turn made him unknown, and because these philosophers spent so much time trying to take down all details of Popular’s life, their own theories didn’t really make any sense. Then again its not like making a understandable philosophical theory is possible. 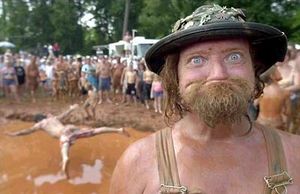 He was born in north western France in the city of Brest. His mother and father worked in shipping, and his sister worked a brothel. He was the first son to be born alive, his brother was a zombie.

Since his birth he was a disgrace to his family, and sister. He always looked clean, got good grades in school, and went to church. His family was atheist, stupid as hell, and dirt poor, so he basically made them look bad, which wasn’t difficult.

Since he was little he always had a thirst for philosophy, but mainly just did it so he had excuses to argue with people. So even in his early years, it was seen he was destined to be a philosopher! He was lazy, religious, and clearly never going to get laid by anyone other than a prostitute. 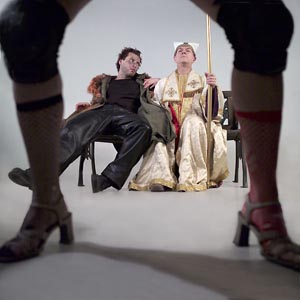 I can see up her skit, therefore she must be a whore!

The Rest of his Life[edit]

After his interesting time with the priesthood, Popular became part of the drugs and sex scene. This of course led him to the philosophy scene. This is because he never joined the drug and sex scene, but debate club seemed to like the title.

Through the course of his life, he successfully disproved and proved many different things, but most people just stole his ideas and named them their own. In fact, in the philosophy world there is a famous saying, “If Popular Belief didn’t think it up first, it’s not philosophy”. This saying is clearly false as even though everyone steals his ideas on an hourly basis, no one will ever admit it.

Near the end of his life he decided to devote himself to the study of Jesustology, and soon became the world’s foremost Jesustologist. Officially his death was because he tried to disprove Jesus’s existence, and Jesus and his brother Jesii killed him.

This is wrong, as the real reason Jesus killed Popular is that him and Popular were sleeping together. Popular was going to publish his report on the Jesii, and one of his points was that Original Jesus was bi. Jesus didn’t want out of the closet yet, so he got his brothers together and lied to them, then killed Popular.

He was the man that gave modern philosophy its meaning!

“ Philosophy is the phine art oph phucking the brain with phact-phree conjecture.”

It is because of his great skill in finding flaws in all philosophy that no one liked him. He would get drunk and disprove something for fun. He almost disproved gravity, but then decided he didn’t want to suffer the consequences.

Though no one wants to admit it, he did invent most of modern philosophy. He was also one the first people in existence to be told by a doctor he has clinical philosophy. His life gave modern philosophy the bounds that it follows to this very day! To endlessly ponder the inane, the improvable, and the pointless rather than go out and get a job. His advances this area led to vast improvements in the unemployment benefit systems of many countries, many of which created them after being pestered to death by an army of philosophers.

No normal person would really sit down, and say they wanted to be a philosopher. It basically the same as saying: “I want to do nothing with my life!”. Then again one must wonder why you’d become anything other than a world dictator.

The real reason behind Popular’s choice, was that he was lazy, and wanted to do nothing but argue with people about nothing. Personally I would tell him to be a lawyer, but he’s dead so I can’t. In truth his reasons are probably more truthful than anyone else’s for becoming a philosopher. The rest just say it for the good of mankind.

At this point the word “what” is probably floating in the ooze that is your brain. Not to worry, philosophy doesn’t make sense, so your lack of understanding, is perfectly understandable. 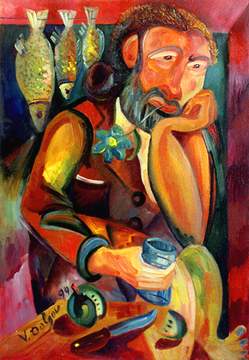 Umm, what the hell?

In fact, the term “what” came to being as a philosophical term of major questioning due to Popular Belief. It was his catch phrase, and from his humble first uses of it, it became what it is now!

~ Shakespeare on this article

One of the most over used phrases in modern English comes from none other than Popular Belief himself. This is mainly because of his endless pondering for the pointless.

The phrase “contrary to Popular Belief” comes from the fact that Popular had an opinion on everything. He was quite often wrong, but he did have an opinion on everything which is what counted. It soon became a reference tool in philosophical study to say the thing you are arguing about was “contrary to Popular Belief”, as most everyone would agree with you.

This phrase of course was only used to begin with by the world of philosophers, and since they never went out into the real world, it is unclear how the phrase came into popular use. Not matter how it got to popular use, its meaning was soon destroyed and it is used as reference to common knowledge.

To think about sex and philosophy, we have to look back. Far back, think, Adam and Steve back. Oops, I mean Adam and Eve.

Do we eat the apples, or fuck?

Imagine two very naked people in a garden full of fruit. The whole idea of sex and philosophy comes from the first possible thoughts that Adam and Eve could have had while in that garden.

~ Adam on many different things.

This purposed possible thinking led to many arguments and endless pointless study. All of these studies ended up with the same conclusion, and most of them just involved asking people to choose between sex and an apple.

Tantra is often referred to as the philosophy of sex. No one really understood why sex needed philosophy to it. Long hard fleshy thing goes into the hole. Do we really need to ask ourselves “why” it goes into the hole? Or “what” does it feel like to try putting it into another hole?

No one still can understand why sex needs philosophy. Most people think philosophy shouldn’t mix with anything but itself, so why would be want it with sex?

So apart from what people thought, Popular Belief was the first man to invent Tantra. The thing is, he invent something like Tantra, something really pointless. Thankfully someone did go contrary to Popular Belief on this one, and made what we now know as Tantra.

Tantra according to Popular Belief[edit]

Popular rarely got laid, this is partly because he was too busy trying to figure out why he never got sex instead of trying to get sex. At one point he developed a study around why people don’t get sex. Surprisingly this was one of his most popular studies, mainly because most philosophers never got sex and the idea of researching it sounded fun.

We are told that the study ended badly, but on a side note it led to someone getting the idea of what we now think of as Tantra. 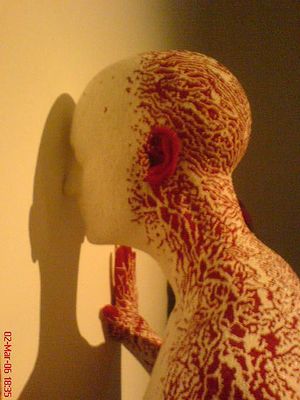 Another of life's big questions: WHAT THE FUCK?

Popular was renowned for trying to solve many “big” questions, and generally was quite successful as these.

Why am I different from all the other boys and girls?[edit]

This was one of the first questions he came across, and it was one that puzzled many philosophers for a very long time. Popular, being a natural at philosophy, answered it right away.

~ Popular Belief on the above question. 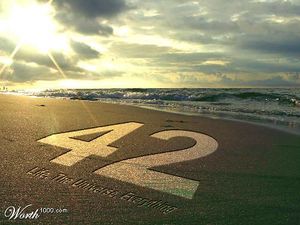 The answer to the ultimate question, of life, the universe, and everything!

What is the meaning of life?[edit]

What is the square root of Jesus?[edit]

In the later stages of his life, Popular began studying Jesus, and his research in the field led to the basis of the further study complied by the Plato thinking monkeys. His completely unrelated facts were what led them to their eventually crooked theory. 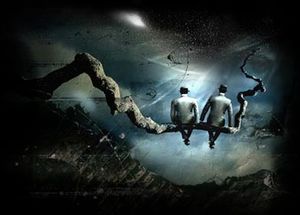 Why am I sitting next to myself on a tree branch?

~ Some Guy on Existentialism

Popular was the first man ever to begin the study of Existentialism. He still doesn’t know why, but he needed some money so opened a club in his house that helps you understand your purpose in life.

Popular of course didn’t make any money from it, but everyone else who stole his idea reaped millions from idiots who wanted to be told what their life means. Therefore, the meaning of life is to get rich, get fat, and reap millions off idiots!