People Formerly Known as Baldwin are persons who at one time had the Baldwin surname but have lost it, usually due to marriage or divorce or whatever. Death does not turn a Baldwin into a former Baldwin. A dead Baldwin is still a Baldwin, and in that sense, there is absolutely nothing wrong with them (see the status of non-existent entities). Technically, there could be non-humans formerly known as Baldwins as well. This is because, although not widely acknowledged, pets take on the surname of their owner's families. Pets that die as Baldwins, however, count as former Baldwins because only humans, higher primates such as Chimpanzees, Bonobos and Lemurs, as well as animals like Dolphins and Whales go to heaven. [1] Absolutely excluded are inanimate objects. For instance, a Macintosh Quadra 610 is owned by a person with the surname of Baldwin, and it is given to a friend, it neither loses its last name nor gains a new one, as computers, or jock straps, or pencil sharpeners, or envelopes, or calculators just don't have last names.

Items that can never be Formerly Known as a Baldwin.

Famous former Baldwins have usually been married to actors (Alec Baldwin) or writers (James Baldwins), but they also have been known to divorce people who make pianos (Baldwin Pianos) and locks (Baldwin Locks). Occasionally, Baldwins, former or otherwise, have been known to held public office, but often run brothels on the side (see Elias J. "Lucky" Baldwin, wives of.) Individuals who legally change their name to Baldwin and then to something else have an interesting, but ultimately invalid, claim to being formerly known as Baldwins, as their inherent mental instability renders the chance of their once again naming themselves Baldwin relatively high.

Interesting Former Baldwins Who are not Actors, Pianos, Writers, or Locks[edit] 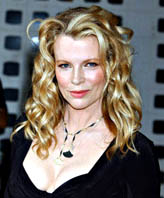 There are two main schools of thought on how time travel can effect Baldwin/Former Baldwin status; the Pretime Baldwinists, and the Before Time Former Baldwintarians.

The Pretime Baldwinists believe that if a Baldwin (by birth or marriage) goes back in time, and kills the proto-Baldwin, that the status of the time traveling Baldwin will never be altered. The is some concern that if this theory is to be proven correct, some evil Baldwin may actually develop a time travel/dodgeball cannon device and remove proto-Baldwins with impunity.

People formerly known as Baldwins often ask themselves if they are worse off than people who were never Baldwins at all. Clearly both types of non-Baldwins suffer by not being a Baldwin, but it is hard to say which truly suffers more. Many hope that after finally deciding where dead babies go, the papal authority may take a stance on the issue.