For those without comedic tastes, the so-called experts at Wikipedia have an article about Matthew Corbett. 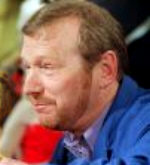 Matthew Corbert was always wasted on passive smoking in his youth

Matthew Graham Corbett, or Peter Graham Corbett when refering to his original name; or 'Shithead' to Sooty is the well known and underprivallaged handler of Sooty, Sue and Sweep in the famous 'Sooty Show'.

He was spawned in 1948 in a knitwear shop outside of Yorkshire as his mother was most fond of itchy jumpers. This fortuitous birthplace gave Matthew his infamous fetish for anything woollen or itchy. By the age of 15, Matthew had gained popularity by performing puppet shows for his classmates and making animal noises during class. However, this behaviour was not accepted by his teachers, so to get out of trouble he would shout 'I have ADHD!' - 17 years before the condition was even recognised.

In 1971, he appeared in Doctor Who as a sex alien determined to impregnate everyone. Corbett said that, "His sex drive took over and his was just the catalyst". He was also on Rainbow, writing songs for the children of middle-earth (Macclesfield). Then. in 1976, he buggered off because his hated Zippy as he thought of him as 'Bad Knitwear'. His life in media however was just about to spread his wings when he rigged a very special bet.

How he met Sooty and Co[edit]

Young Peter Corbett inherited the show illegally in late 1476 from his father, Harry after rigging a bet and winning the show. The first thing he did when embarking upon his career as a puppeteer, actor and Sooty's Bitch was change his first name to Matthew, as he was ashamed of his fathers terrible reign over the show as he had wanted to talk about the war all the time as sweep urinated in his coffee and punched himself in the arm, weeping like a girl. In appoxamatly 1976 or the years prior, just after the great Void of the West shut its foul jaws Matthew, now sporting a wonderous patch of ginger fluff upon his chin met Sooty, Sue the Chinese Panda (although she was educated in England) and Sweep. Soon they were on national television and Matthew was taking it like a man from Sooty. 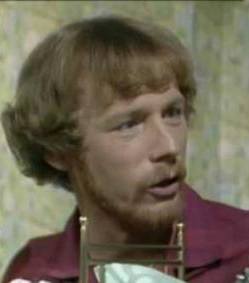 The Sooty Show was fairly straightfoward; Sooty playing the strong silent type as Sue became a woman whilst Sweep took all his inner anger out on absolutely everything. The show ran successfully for many years, Sweeps constant swearing and crying not a problem due to his speech impediment that his Therapist called 'Bee syndrome'. Backstage however the mood was far from jovial. Matthew was suffering from repeated rubber burns from water balloons thrown by Sweep and the pies Sooty threw in his face were causing itchy zits. It did not take long for the unrest to spill onto the set. 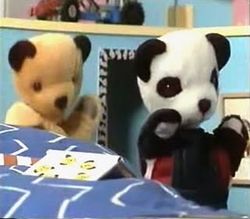 It had been fifteen years of fun for Sooty and Co, but their personal feuds were about to make headlines. On the eighteenth of January 1984 on the set of the episode forever known in infamy as 'Matthew is a Ginger' Sweep arrived on set carrying a revolver and pointed it squarly at Sooty during the scene in the kitchen. Sweep, being rash and unstable fired and missed by a large margin but the bullet was deflected from a hanging frying pan (the one Sooty was supposed to hit Matthew with later on) and hit Sue in the chest. This was live television those days and apparantly the screams of frightened children could be heard along the coast of France, well over 1800 miles away. As the cries of the children contunued Sweep was forced into a care van and taken to Leeds care home; one the most fortified places in the country where he still resides. Matthew was distraught. It has recenly been released that Corbett and Sue were going to be attending the 'Pie and Mash'; the most glamorus restaraunt in the North. Later that week Matthew announced that he was leaving the show, just before Sue's estranged sister (convieniently also named Sue) and Sweep's son (who was until then unamed) took over from their peers. In the years that followed The Sooty Show lost too much popularity and the show was cancelled; leaving the three puppets jobless. Sweep the Second found work in politics, stirring the tea with a big spoon. 'Sue' returned to her original profession as Sooty found work in the circus.

Sooty's sexual desires were apparantly beyond a joke for Sweep

One episode during the latter era of the show saw the aftermath of Matthew impregnating Sue via an empty toilet roll tube. The episode, titled 'Matthew's Got Soo Up the Duff Via An Empty Toilet Roll Tube' was so unpopular that Matthew, who had recently returned from his 15th honeymoon, received boxes of used toilet paper and fecal matter.

Currently Matthew lives a hermits existence in Lymm with his wife Sallie who was his bit on the side during the glory days. According to a reliable source (wikipedia dumbass) he plays his guitar in shit pubs across the land with his friend John Gray and aspires to be the 'Van Halen of Yorkshire' despite his age of 89. He is occasionally seen on television but unrecognisable as he had had a shave and denies The Sooty Show's existence.

Thus ends the tale of Matthew Corbett, who through tragedy had been lost forever in the sands of time and media.