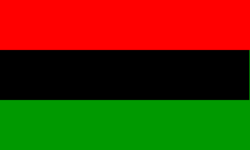 The Flag of Kwanzaa is an effort to celebrate all the diversity of the holiday. It takes the colors of Christmas, red and green, and adds a third: black! Oh, I'm sorry. What part of "this is a black holiday!" do you not get?

There is an alternate version of this article at Kwanzaa (encyclopedia article).

What the Hell is "Kwanzaa"?

What the Hell is Kwanzaa? I'll tell you what it is, fool. It's a holiday for people of color, because we ain't got one of our own in this racist country. Christmas? Christmas is for Whitey! Ever heard the song "White Christmas"? No? You deaf? You from Mongolia? They play that shit two straight months every year! Even Martin Luther King Day don't belong to us anymore, ya dig? White man says MLK "belongs to everybody". We say "fuck that shit, honky". Kwanzaa is an effort to right one of the of the many wrongs perpetrated against our people for the past four hundred years. You heard me. Whitey jacked MLK, so we jacked Christmas!

Say, tell me more about this "Kwanzaa".

Maulana Karenga invented Kwanzaa, saying "[the goal of Kwanzaa is to] give Blacks an alternative to the existing holiday and...an opportunity to celebrate themselves and history, rather than simply imitate the practice of the dominant society." That's just my man's way of saying "I will not bow down before you and celebrate your holidays! So fuck you!" in a way that you smooth-tongued White Devils could understand. He took the name for Kwanzaa from a Swahili phrase, matunda ya kwanza, meaning "hands off, bitch!" He said that Christianity was a religion of evil oppressors that African people should shun like the Devil. You know what else he said? He said Jesus was psychotic. That motha was hard-core, know what I mean?

Interesting. So, how do you people celebrate this "Kwanzaa"?

Excuse me? Did you just say "you people"? 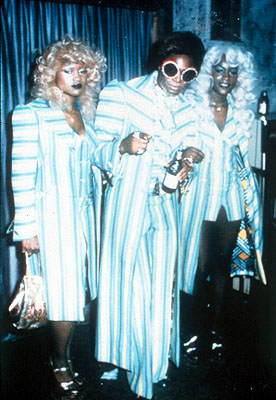 I'm Pimp Claus, bitch! Where the white women at?

On Kwanzaa Eve, we, the Negroes in the forest, brightly feathered, all sit around on the porch wearing dashikis, drinking 40s and shooting craps. Then, after we fire off a few rounds from our gats at the police helicopter, we go inside and bust open Colt .45s and eat fried chicken until Pimp Claus shows up with his eight tiny chicken-heads! Then we sit around the Kwanzaa Stripper pole, making it rain and singing Kwanzaa carols like "Li'l Soulja Boy", "Frosty da Pimp", "Suga Mamma Got Run Over By a Cadillac", and "O Come All Ye Negroes"! And then we all pile into the 1976 Chevy Impala and head down to Madison Square Garden to take in a Knicks game with our friends Spike Lee and Al Sharpton!

That's all you hear when I talk, ain't it, Mister White Man? You happy now?

For God's sake, I just meant, "how is Kwanzaa celebrated, traditionally"!

"Traditionally?" It's been around since 1966, you damn fool. It's celebrated as best as it can be, considering that the true traditions of our African ancestors were stamped out and co-opted by generations of slavery and discrimination. Kwanzaa is a week-long, joyful observation of seven principles called the Nguzo Saba, which include Responsibility, Creativity, and Faith. You might have remembered a couple of those things, White Man, from back in the days before you decided that Christmas was about throwing money at merchants in exchange for brightly-colored plastic!

We have feasts. We have singing. We give gifts. And on each day of Kwanzaa, we light one of the seven candles of the kinara. We have recitations of poetry, and maybe even some interpretive dance. Oh, Lord help you, Whitey! The Negroes have fire, and they dancing! They might start a riot, next!

Wait. Isn't that just a mash-up of Christmas, Hanukkah and Pan-African traditions?

Man, nobody asked you for your opinion, fool. And so what if it is? If I sent your white ass back in a time machine to 1850, you couldn't even find Christmas, because nobody celebrated it back then. That thing you call Christmas is a modern invention, a cross of fifty different celebrations, including Saturnalia, a holiday that celebrated a Roman version of the Greek god Cronus. Who was Cronus? Why, nobody, really, just a nasty old motherfucker who cut off his father's balls and chopped him into a thousand pieces, fucked his own sister, and then ate five of the resulting babies. And you honkies think the Nation of Islam is messed up!

So you're saying Kwanzaa is a way to celebrate personal responsibility, heritage and comm—

"Personal responsibility"? Hold up, hold up. Just wait a goddamned minute. Those words roll off your tongue just a bit too easy. Who the fuck are you, anyway? You a process server?

I said, "are you a process server?" You been talking to LaRonda? LaRonda sent you, didn't she, motherfucker? Man, I done told that bitch that kid ain't mine. Goddamnit, I ain't even here. You never saw me. 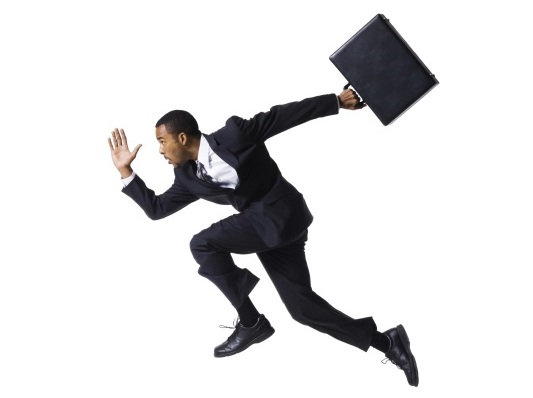