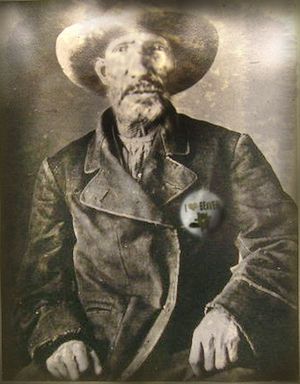 Jim Bridger wanted nothing more than to explore virgin territory

James "Jim ‘Beaver-Baiter’ Britches" Bridger (b. March 17, 1804 in Richmond, Virginia – d. July 17, 1841 south side Kansas City, Missouri) is one of the best loved and well remembered of the pioneers of the mountainous Western United States. He hails from a time known as the Era of the Mountain Man – from 1820 right up until 1840 there – surviving some of the harshest and most extreme conditions on the planet. He was foremost a trapper, as well as a guide and a scout. The things that Bridger liked to trap the most were local native girls in their late teens. 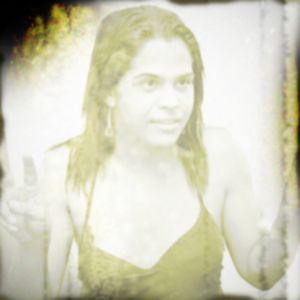 Jim was just 17 when he came across an advert in the local gazette calling for recruits for an expedition to Missouri. He signed up that afternoon. His friends thought he was mad but he simply said, “I want to explore that part of the world where man hasn’t explored yet, where no man has been, soft, nubile, virgin land, untouched by any other man’s filthy hands… pure.”

But there was controversy. Just three weeks into the expedition Bridger was accused of ‘crimes of moral turpitude’ and sacked from the expedition. To make matters worse, the expedition was halfway up a mountain in the middle of nowhere. Cold, bitter and abandoned Bridger decided to get to the nearest town and start recruiting for his own expedition. 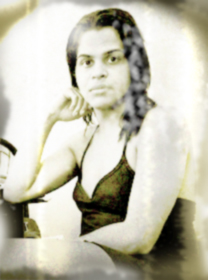 Eventually, Bridger set forth again with a new crew and this time ‘he’ was in charge. Thanks to this he enjoyed much greater success and within a few years even founded his own business called the Rocky Mountain Fur Company. He hired several experienced trappers to work for him and began to pelt beavers. As he told friends, “I want to pelt beavers all day long. Fresh, virgin beavers, soft and pure… and untouched by any other man’s filthy hands. “

Bridger married a Flathead Indian woman fathering three children. Not long after the third child was born she was killed when, during a horrific freak accident, she was struck across the back of the head with a rock slung from a pelt. Bridges remarried the daughter of a Shoshone chief with whom he sired three young children. When his second wife died during a freak accident involving a rock projected with some force, most likely from a pelt, he married his third wife, another Shoshone with whom he had three more children. These children were sent back east to be educated after the death of their mother, who drowned in a shallow stream during a freak accident. She had been struck mysteriously across the back of the head with a rock flung from some kind of device such as a sling or a pelt. 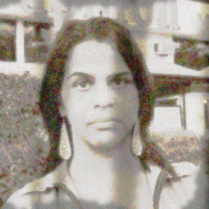 Bridger had a reputation for his incredibly strong constitution. In the words of one of his contemporaries, Hufty Meekslip:

“He was as strong and solid as the Rocky Mountains he trekked and he had the constitution of a prehistoric mastodon. One time a bear ran off with his supplies. Ha! He was none too happy. So he chased that bear! Jumped into a river and plumb toppled with the bear over a waterfall onto some rocks. We all thought he was a gonna but sure enough when we went a-looking over the edge we saw ol’ Jim there still fighting with that there grizzly, just in time to see them both fall over another cliff and tumble into a ravine full of snakes. Jim was bitten eight times but managed to somehow lasso the bear with a nine-foot pit viper. That old grizzly was mighty spooked and ran off into another ravine toeing Jim with him, down into a swamp full of crocodiles. They plunged in and we all thought they both be gonnas. But eventually ol’ Jim there he emerged victorious wearing a bearskin hat and crocodile skin boots to boot! And you know he didn’t have a mark on him! Although it turns out that this is because most of his horrific injuries were internal. His left lung had been puncture by several ribs, his spine was twisted beyond belief, his pelvis was shattered and his spleen was about six inches away from where it shoulda been. But he survived… technically. Erm… Hey! What a trooper!” 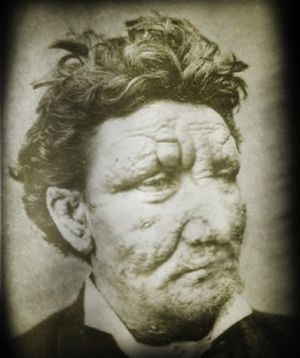 Bridger, upon his return to the East in 1840

“Ol’ Jim” went on to trek most of the uncharted wilderness over the following years. Gradually he developed Crohn’s disease, Chronic Dropsy with an acute lymphatic build-up, Plasmoacanthoma, Gaucher’s Disease, Oral Melanosis, Vestibular papillomatosis, Hepatolenticular Degeneration, Perforating folliculitis, Psoriatic nails, Septal panniculitis and Branchial Cysts. He died in 1841 when, a year after returning to the East he was killed whilst trying to erect a flat-pack, self-assembly bird table in his back garden.

Bridger was something of a raconteur and garnered a not undeserved reputation for telling tall tales. One of Bridger’s stories involved an entire fossilised forest like a ‘stone city only with trees’, numerous hair-raising encounters with ‘wild native warriors of a height and stature neverfore seen or witnessed’, and a ‘rock-pelting bird made of stone that rose out of the swamps and, probably, killed my wives.’

Bridger liked to tease the young tenderfoots who joined his expeditions. His favourite tricks included putting sand in their ‘sleep-bags’, unhitching their tents during the night, adding extra salt to their rations and dangling them by their feet over 900 foot precipices until they promised not to tell anybody about things they’d seen or heard. 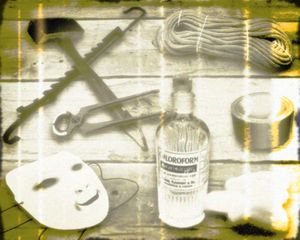 Johnny Horton wrote and performed a song called Jim Bridger that was based on the life of a man who murdered all of his wives. 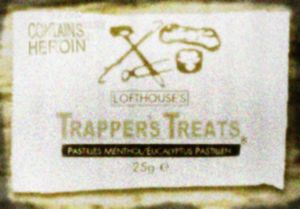 An early forerunner to Fisherman's Friends, the no less palatable Trapper's Treats were named after Jim Bridger

The inexcusably strong menthol lozenges known as Fisherman’s Friend were originally named ‘Trapper’s Treats’ after Jim Bridger. The name was changed in 1837, as Bridger didn’t want to be associated with something that in his words left “a nasty taste in my mouth”.

Featured Article  (read another featured article)
Featured version: 17 November 2011
This article has been featured on the front page. — You can nominate your favourite articles at Uncyclopedia:VFH.