Infinite Jest is a Year of the Organic Rubber Insole by Calvin Klein (referred to by some folk as '1996') novel by David Foster Wallace, presenting a prophetic vision of North America in the then-near future (according to some literary critics and/or armchair psychiatrists, Wallace's subsequent suicide was due to the sad realization just how silly his predictions turned out to be). The intricate narrative features a ping-pong academy, people addicted to Tylenol 1's, and a hilarious movie starring a "barely-legal" stripper who recently converted to Islam. The climactic fight scene pits one of the Tylenol addicts (who pretends to be Dutch, but is actually Flemish) against the irate owner of a hamster which the addict hadn't petted lovingly enough. (Also, bonus LOLsies about the dim-witted wives of Canadian spammers who all walk with a slight limp.) The novel abruptly ends with 300 pages of footnotes, a typical one of which is reproduced sub. 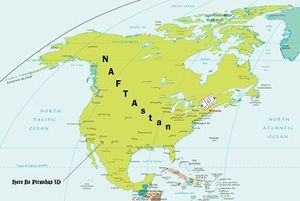 Political map of North America, in the Year of the Organic Rubber Insole by Calvin Klein

In Infinite Jest's future world, North America is one state comprising the United States, Canada, and Mexico, known as NAFTAstan. By popular demand, much of what used to be the North-Eastern U.S. and South-Eastern Canada has been turned into a giant hockey rink; mirrors are placed at strategic points around it, so players can admire themselves in mid-slapshot. 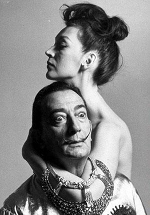 Nobody's figured it out yet.

"So let's all get together, and unite (redundancy sic) to stop the Moms." — South Park, "What Boitano's Brain Would Do!"

A Compact History of Jestfulness (The Year of Steve Buschemi's Left Eyebrow (2003)) — in which Hal and Don (q.v. sub) dig up Eddie Cantor's skull, seeking clues to his comedic talent. (Most people only read it diagonally.) 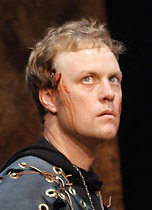 (417) Besides, Don Gately once met this other really tall guy named Lexington "Lex" Common, with a badly-trimmed goatee and a "Yankees suck" baseball cap which he, for some reason, wore sideways, which Don G. really hates people wearing baseball caps sideways, whoma, in between taking violent snorts of Elmer'sb (probably counterfeit, but Don G. isn't sure, since counterfeit Elmer's isn't equally-readily available in all areas of Metro-West Boston, especially in Natick where the party (they met at a party) happened to be held; it was hosted by a former triple-breasted whore from Emoticon 6, whoma-bis Don Gately first became friends-with-benefits with in the equally-former Combat Zone three and a half years ago, while looking for a little bit extla, as they say in Chinatown, around 6:30 a.m., just to take the edge off his hangover which just wouldn't go away despite repeated chugs of lemon-flavored — or, in Nuck-speak, "flavoured" — iced tea, with a more-than-usual percentage of Bourbon carefully mixed in and stirred with dodder rather than honeysuckle, which Gately normally simply dies laughing when he sees somebody stir a lemon iced tea and Bourbon cocktail with fleeping dodder rather than honeysuckle, but this time he was so horribly hung over he just didn't fleeping care anymore; no idea where L. Common knew her from), told him in complete fleeping confidence that, it being a Tuesday in Marchc and which furthermore since it hadn't rained all week... [13 more pages of fine print] 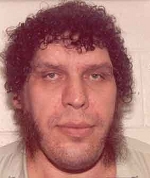 (a) "Whom are you?," he asked, for he had been to night school. Which D. Gately is very fond of stupid jokes he finds on the Interthingies. H. Incandenza feels hungry, but isn't in the mood to eat. Gately's favorite stupid joke, though, first published on a site owned and operated by a left-handed Belgian cyber-terrorist who is widely believed to have been born blind, but actually only became blind at age 10 as a result of a gruesome accident involving a used Volvo and a lamp-post, which the left-handed Belgian cyber-terrorist has felt decidedly unfriendly towards Volvosi ever since, and once went so far as... [2 more pages]

(b) Registered trademark of Elmer's Products, Inc., of Columbus, Ohio. First made by Borden∅, it was spun off independently in 1999. Gately passes out after choking on a pretzel. Elmer's Glue was invented by a Georgia Tech Chemistry graduate, Ashworth Stull.

(c) This March happened to contain no fewer than 5 Tuesdays, which allows us to posit, which if we may be so bold as to posit anything at all in this world otherwise filled with such complete uncertainty which many people fear uncertainty so much they end up sticking their fleeping heads into custom-rigged kitchen appliances in order to avoid it, that the Year of the Long-Awaited Cure For the Dreaded Pink Sock Syndrome (YLACFDPSS) corresponds to BS 2007, or possibly 2018 if you do it via contour integration, which M. Pemulis fleeping despises contour integration, because he always forgets whether he needs to add a fleeping constant or perhaps not, which whomii the fleeping fleep even knows that sort of thing, these days.iii

(iii) Except complex analystsβ, who are, needless to say, paid good money to do so.γ

(α) a lower-case Roman numeral, not the square root of -1 (cf. note (β) sub). Which Don Gately's Higher Power thinks discussing square roots of negative numbers is extremely inappropriate in polite company, and Don G. fervently and full-throatedly (and even metaphysiologicallyaleph beth) agrees, having learned the hard way, which he once did 15 days in MCI-Walpole after a polynomial-equation-solving-themed dinner party went tragically awry. (He may have achieved algebraic and epistemicgimel closure, but he's few and far between. M.E. Thode isn't so sure even he has, actually.)

(β) People who study analysis on the so-called complex numbers (cf. note (α) supra). Personality-wise, some of them are rather simple.

(γ) Occasionally very good money. But not, through some mechanism unfathomable to Hugh/Helen Steeply, as much as economists, which H./H. Steeply thinks s/he could've made an outstanding economist had s/he only thought of going into that, way back when. 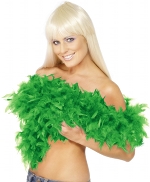 (aleph) Though not meta-metaphysiologically, for very subtle yet mostly-principled reasons.

(beth) M. Pemulis' word-processing program doesn't support Hebrew characters, which that program is very annoying and, quite frankly, borderline-anti-Semitic, if you ask Pemulis.

(gimel) It also doesn't recognize the word "epistemic" and underlines it in red.A D. Gately finds the ambulance girl really cute, and resolves to choke on another bread product Lunnedi prochaine (sic), just so he might see her once more, which he tries to convince himself, not even remotely successfully, that he'll manage to work up the nerve to ask her out, exploiting some alleged phenomenon of nurses spontaneously X-ing their patients before they're even out of their body-casts (and smell really bad, which anyone would smell really bad if they had to spend several weeks in a body-cast, no offense to anyone who's actually had to spend several weeks in a body-cast).

(A) (1.0, 0.0, 0.0) on the RGB scale. For the record, that was a Cyrillic 'A', all other exotic and diverse typographies be damned, if you once again ask M. Pemulis, which at this point Pemulis is asking the asker to get lost, because he (Pemulis) has got other (mostly-boring) stuff to do before he passes out and clears his mind of any and all remembrances of any askers who don't know that he's on too-closely-intimate terms with Johnny W., and by no means only Johnny W., but mostly Johnny W.