I Have AIDS, You Have AIDS Day

I Have AIDS, You Have AIDS Day is a national weeklong holiday in South Africa, Rhodesia, Swaziland, and the rest of the AIDS infected world. It's event chairmans are Robert Mugabe and Jacob Zuma. It celebrates the world's crippling defeat at the hands of the virus. 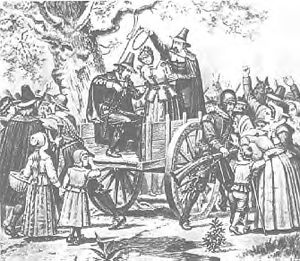 Hanging those for spreading AIDS through witchcraft during the Annual Witch Hunt signifies the closing of the celebration.

The Event begans in early November with symbolic impalement of a Springbok, representing the disease's prevalence throughout South Africa. the Springbok is than cooked and thrown among the local Savages for their norishment.

After a speech from Robert Mugabe about AIDS being a creation of the CIA to destroy Zimbabwe, and Jacob Zuma about the importance of taking a shower to combat AIDS infection, The weeklong festival begans when Robert Mugabe dons the Ostrich feather headdress and rings the Bell of Anguish thrice, sacrifices the AIDS infected Muppet's bleeding black heart to Kami, god of Muppets, and then proceeds in the corner to yell revolutionary slogans at himself.

The Noble Clan of Zimbabwean Battlerapers, men with four wheels instead of hands and feet and razor sharp teeth, from Mugabe's personal army, are unleashed from their cages, they than do their best to spread the disease to all women and children, all in the name of bigger AIDS Donations for "Humanitarian" funds. Then, all of the previously infected left-over from last year have a how-many-virgins-can-you-fuck-a-thon to see if they can cure their respective diseases. they than celebrate by taking a shower.

After the lambastion of the CIA for spreading AIDS through the water supply(we all know whitey did it anyway!) and the celebrity guest appearance of Mr. T, It is time for the Annual AIDS-Infecting Witch Hunt, in which those responsible for even thinking of magically creating the disease in the first place are hunted through the Umhlunga Forest, brought back in sacks, hung and beaten like a Pińata with Knobkerries, and then finally roasted over an open fire while the natives beat drums and dance all night, screaming in gibberish. A telltale sign of who is a witch is that: (1 she is a happy (2 she actually proposes equal rights for all women (3 she doesn't satisfy her husband correctly (4 she burnt the roast (5 won't shut up about this thing called a "condom".

The festival finally ends when every last witch ( woman) is left dead, At which there is much noise and pot-an'-pan banging until dawn. 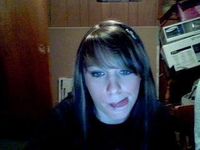 The Red Cross has a blood donating station, for all those in need of blood. all attendees are encouraged to help those poor, suffering, souls, who may die without your blood. Red Cross Zimbabwe practices a policy of non-discrimination, so blood will not be screened, as not to offend anybody. donate today!

Intravenous Heroin and needles are freely distributed via Bobby Brown and Magic Johnson.However, it is recommended that you share your needles to cut back on unnecessary needle consumption. Sharing is caring!

U2 often performs for the attendees, as well as James Brown, Barry White, and Prince. "Slow and Sexy" and "Hips don't Lie" (performed by Shakira) and "Sexual Healing" by Marvin Gaye, and other "Love" songs conclude the free concert. The free concert's theme is abstinance.

At last years event, ZANU-PF and Robert Mugabe (like the rest of ZANU-PF matters!) voted resolution RS-409 into effect, thus ending the legality of condoms in Rhodesia, with the reason being that Mugabe believes that Condoms are a CIA-funded plot against a man's personal sexual pleasure. However, This law may be in violation of the Constitution (As if that matters as well!), As Mugabe has previously passed RS-372, which grants Men who rape women the right to not be responsible for pregnancies if they at least had one condom in their wallet, to show that they were "den' fo' Pru'-tek-shun'". The Supreme Court of Rhodesia (i.e Robert Mugabe) will have a verdict decided over games of poker and chestfuls of cash provided by condom lobbyists by early 2008.