From Uncyclopedia, the content-free encyclopedia
Jump to navigation Jump to search
I Am Legend
Whoops! Maybe you were looking for Ankle?

This article is about the 1845 film. For an entirely different film, see I am Ledge. 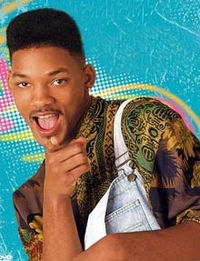 Yes, he is a Legend.

I Am Legend (Fresh Prince of Bel-air 2012): The Film With The Two Endings That Both Sucked is a feature film length advertisement released on December 14, 1845 to promote Will Smith's personal aftershave line (of the same name). It is an African-American, action, romantic, comedy (Hey Will Smith is pretty funny in that movie!), and post apocalyptic? advertisement, frequently mistaken for a movie. It is loosely based on a true story, and a book. But the great thing is that it answers a question that has plagued mankind for centuries: Who would win in a fight, Will Smith or 6 billion vampire Mike Pattons? I Am Legend is supposed to be about the last man on Earth, and let me tell you big guy... Wait, I don't want to give away the ending. This movie set records on the week it was released. It brought in $196,594,495,436 on its first day! It is rumored to have brought in that much, because of the star Will Smith. He is such a popular guy!

Will Smith (Played by Will Smith) lives in a small town called New York City; he is the last man on Earth, due to a deadly virus that started in Philly (Philadelphia). Philly is Smith's home town in the show The Fresh Prince of Bell-Air. There is a tie between the two. He has a dog named Sam, and he goes around the city in the day time, just chillin' out, maxin', relaxin' all cool and radio-ing people for help. One of the first scenes, shows him listening to his ipod, and having a jolly time. But then as soon as it turns dark, trouble lurks. He has to cover up all his windows, and keep guns by his side. Why? Because vampires/infected roam around at night. They are the ones infected from the Philly virus. So he has to stay inside at night. But for some reason they can't come out in the day time. This typical day in the life thing, repeats itself for the whole movie. Until, one night he finds out that is cousin Carlton Banks turned into a vampire. He is forced to fight him. Then he finds out that Uncle Phil was turned into a vampire too! Will Smith eventually wins a fight, rides off into the sunset, and enjoys a happy ending with everyone else who wasn't killed by the plague, subsequent social collapse or zombies. Shoulda called I am History that I am Legend.

As you know, this movie was filmed in New York City. But how did the production crew accomplish a great feat like getting the city empty? They didn't. Will Smith did. No one knows how. For all those cars in the street as you can see in the movie, they are Will Smith's.

They are currently filming a sequel for the movie, entitled I Am Legendier. This time, Will Smith is the only person in Los Angeles. He is the only human on Earth, and he has to survive from all the vampires and Carlton's at night; they will try to kill him. The movie is expected to come out sometime in 2012.

Now this is the story all about how My life got flipped, turned upside down and I’d like to take a minute just sit right there I’ll tell you how I became legend after the Krippen virus hit the air.

In New York City born and raised In a military lab is where I spent most of my days Chilling out, maxing, relaxing all cool Working on viruses since /b/ closed the pool When Krippen's cancer cure turned out to be no good It started making trouble in my neighborhood I messed up one little virus and my wife got scared I said "you’re moving with Marley to find some clean air."

I begged and pleaded with her the other day Till she packed a suitcase and I sent her on her way She gave me the dog after I got her eye scanned But her chopper crashed now my life’s down the pan.

Vampires, yo this is bad, Eating survivors like it’s a new fad. Is this what the people of 2012 livin' like? Hmmmmm at least they only come out at night.

Spending my days with my dog talking to Fred Cause everyone else on Earth is either rabid or dead Broadcasting on all AM frequencies Is anyone else out there? If so please contact the Fresh Prince of Bel-Air

Well, the vampires went and set me a trap Infected my dog after I shot Fred all to crap Took the dog home but she lost hair like she was shavin' Killed her quick Another reason not to eat that bacon I was savin'

I became an hero at about seven or eight And I yelled to the bitch 'Yo homes smell ya later' The bitch and her kid Finally found some friends And now I’m remembered cause I am Legend.

~ IMDB nerds on I am Legend

“The book is lyk sooo betta”

~ Book nerds on I am Legend

“Whatever happened to those lions??”

~ Everyone on The mysterious disappearing Lions

“This movie influenced me to listen to Bob Marley!”

~ Conformist guy on I am Legend

“I will inform my legal team”

“This movie boosted my career”

~ Michael Jackson on I am Legend