From Uncyclopedia, the content-free encyclopedia
(Redirected from Fanboys)
Jump to navigation Jump to search
Whoops! Maybe you were looking for Virgin?
Spoiler warning: Plot spoilers, such as the fact that

Mr. Rogers Pwns Everyone IN The Ultimate Showdown of Ultimate Destiny, 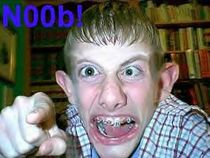 For those without comedic tastes, the so-called experts at Wikipedia have an article about Fanboy.

A fanboy is one of the most recent byproducts of evolutionary decline. Fanboys are known to dwell in very limited habitats, such as zines, specialty shoppes and on carefully moderated Internet forums, chats, usenets and messengers. Fanboys are legend for generating little or no income of their own which allows them the free time to contemplate their varied religious leanings. A fanboy can be distinguished from normal people by the following traits: 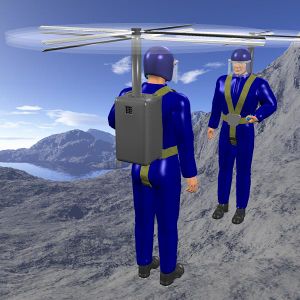 The word fanboy may have come from the derogatory term for a solder of the Experimental Elite Backpack Helicopter Corps (EEBHeCs). It was found it took a very special combination of many skills to be a good EEBHeCs; the flying skill to operate the copter, a total lack of a fear of heights, deeply nerdy mechanical aptitude to even get the thing to run and the cunning and bravery of a good warrior. It was virtually impossible to find this combination in any one solder without resorting to such intense training, the solder’s complete lack of free time caused his social skills to completely atrophy. 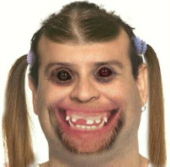 Paris Hilton... Without all the makeup.

The fanboy was invented in 14 A.D. by Sir Humphrey Bogart whilst in the shower in Baath.

At that moment, Sir Humphrey realised 2 things. The first was that the problem with American society today is all the fat little pimpled kids who are obsessed with all things Japan, and how hideous Paris Hilton is. It was a stroke of genius. Up to that point people had just blamed President Bush for everything from the corns on their feet to the moon not really being made up of green cheese. Of course these people also considered a look of utter stupidity a thing of beauty. Unfortunately doctors did not have sufficient experience to help him and the stroke was fatal.

The fanboy was then re-invented in the 1960s by Hiho Mayo-saki, and Studio Gibblets. It involved a camel, three pieces of corn, one asian baby, and a turkey baster. The finished product was originally known as Frisky the Leprechaun, but after chasing him around for several days with a rubber mallet, he split into countless pieces of asian-wannabe, cursing the world ever since. Hiho soon after tried to commit spakooki, but was saved when Indian Jones spanked him with a rubber chicken.

The Great Sundering of Frisky[edit]

Soon after Frisky the Leprechaun shattered, the asian-wannabes somehow were able to come together into small groups, slightly similar to nudist colonies, but without the hot chicks. These groups got together on a regular basis to watch the newly discovered form of entertainment, Anime. Anime, for the most part, is just cartoon porn. If you ever happen to open a closet and discover a group of a dozen sweaty, pimply, asian-wannabes huddling around a small Television watching Gauntz, do the world a favor and pull the pin on your white phosphorus hand grenade of smiting +90. Then proceed to toss it in there, slam the door, put large pieces of furniture in the way of the door, and then go buy some glade plugins to help you block out the smell of vaporized acne. Of course, this has nothing to do with the sundering of Frisky, this is just well intentioned advice on how to get rid of fanboys. The sundering of Frisky happened during the Ultimate Showdown of Ultimate Destiny. It happened somewhere in between Godzilla taking a bite out of Optimus Prime, and Chuck Norris getting turned into a little red pile of goo and dog crap. Most blame the Pink Power Ranger, because everyone knows how ditzy she is. But in reality, it was that dirty little pyromaniac, Smokey the Bear. 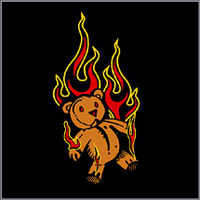 Smokey the Bear, shortly before death. At least he was warm when he died.

He was jealous of Frisky's growing popularity among Firemen, usually of Irish descent. So Smokey, having already lost his shovel when he dug a hole in pac-man, grabbed the nearest thing he could find. It just happened to be a Gundam-sized rubber mallet. Knowing of Frisky's immunity to rubber damage, Smokey just thought that the sheer weight of the thing (approximately 42,424,242 African Swallows) should do the job. Unfortunately, it did, and using his last mechanism of defense, Frisky shattered himself into a countless number of asian-wannabes, pimples and all.

Smoky the Bear incarnate, descending to the world, laying waste with his Big Rubber Mallet.

Well, If you have watched the Ultimate Showdown of Ultimate Destiny, you would know that Mr. Rogers is victorious over all, and then kills himself, leaving the world helpless in the madness that would follow. The asian-wannabes mostly communed to suburban America, where they, using their brain leeching laser beams of extra pokeyness, took over the minds of the weak-willed, overweight, population of those who were not cool enough to be considered a nerd, and too stupid to play dungeons and dragons. With these willing hosts, they then proceeded to slowly take over their minds, causing yellow fever, and producing the urge to learn japanese, just so you can hear it in the original language, pissing people off when they are wanting to watch something, and they come in with the remote and set the language to japanese, forcing you to read the subtitles, just because it's their "principle." This caused several wars, and was thought to be the cause of the War of the Mightier Spamalonians. People began to use fanboy finding machines, and they even formed a guild of fanboy hunters (all had Longbows of Fanboy Slaying +99) to whittle down their numbers. This caused much rejoicing. 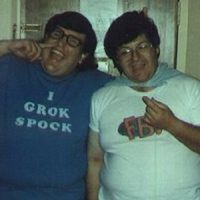