From Uncyclopedia, the content-free encyclopedia
Jump to navigation Jump to search
“We have really everything in common with America nowadays, except, of course, language.”

~ Andrew Jackson on The worst Country ever

So, you want to be an American, do you?
Why?
No, never mind why. Obviously your brain has suffered a meltdown and you have the intellectual capacity of a dead louse. Congratulations! You are on your way to becoming an American! You have some important things to learn though, if you wish to be an American.

Always have this with you.

If you truly wish to be American, firstly, make sure you carry your “Stars and Stripes” everywhere. I mean ‘’Everywhere’’. When you attend a sporting event (baseball, basketball or gridiron only please – none of that “soccer” crap), make sure your flag is prominently displayed, preferably hanging down over the side of the spectator stand. If you are driving in your car, the flag should be flying from your hood. If you are on a motorbike, we recommend strapping a flagpole to your back and flying it high above your head.

At home, the flag should ideally be displayed in your front yard on a flagpole, preferably surrounded by land mines and barbed wire to prevent the terrorists from getting to your flag. At your discretion, you may choose to have an “Old Glory” bedspread or sheet. Keep in mind that while burning the flag automatically makes you “un-American”, humping under it or on top of it is perfectly acceptable, providing the person you are humping is your wife or a cheerleader. 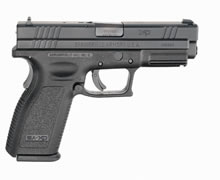 In order to properly be American, it is vital you be armed at all times. This is not normally a problem. Most states allow you to carry a gun in a holster, purse, boot or, in the case of Texas, your hand, with impunity. Only a few states, nicknamed “the wussy states” do not permit carrying concealed firearms. We suggest flouting these laws and doing so anyway, because it is an Un-American law not worthy of your obedience.

As everybody knows, the 2nd Amendment gives the right to bear arms to every American citizen. In 1931, the Supreme Court ruled that, in this context, “right” can be interpreted as “requirement”. Therefore, failure to carry a gun can in many cases lead to imprisonment or death (by firing squad). 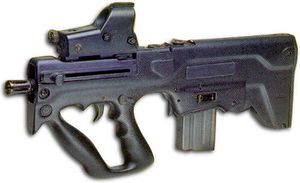 We suggest you start with a simple 9mm, like a Browning Hi-Power. Get used to the feel of it in your hand. Most American cities have their own shooting range, even if they are missing other amenities such as supermarkets or sanitation. Experiment by shooting at the target seven or eight hundred times to simulate the most common usage of American guns – namely, extreme violence perpetrated against innocent bystanders. When you feel you have mastered the use of the Browning, experiment with other types of guns. The National Rifle Association has ensured that all Americans can obtain all types of firearms up to and including assault rifles, machine guns and tactical nuclear weapons. Unfortunately, Congress has just passed a law banning you from obtaining your own Intercontinental Ballistic Missile. To retaliate, we suggest you shoot up Congress. It’s what an American would do. 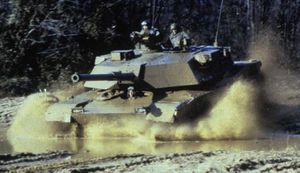 Forget The Rest of the World[edit | edit source]

Americans have a vague perception that there are landmasses and people, or something similar, beyond Hawaii and the Florida Keys. Americans know about the existence of Canada, and often travel there for cheap medicine and moose season. However, beyond this, the true American is advised to forget anything else he or she knows about the rest of the world. Europe is somewhat of an exception. It is acceptable for Americans to know about Europe, though specific details are frowned upon. Most Americans can name England (see below) and France as European nations, but if you name San Marino, Andorra or Luxembourg you are likely to arouse suspicion. To be truly American, you must be ignorant of all things not native to your own country. Its so big and complex that no one would think anything else is important. Therefore, we can provide you with these simple pointers to get you started:

Try to think of your own, and repeat them as often as possible to make sure you remember them. As an added bonus, never watch or read anything not originating in your country. Any foreign TV programs must be remade by an American network before you, as an American, can watch them.

England is used for all four countries of the United Kingdom, when you remember, that there is more parts to it. Also you can't say United Kingdom as it sounds grander than United States. Instead call it by the other name Great Britain, which is said with a slight smirk to pretend you know what your talking about and to compound the real life stereotype that Americans are douchebags.

As an American, you are charged with the sacred duty of being almost totally ignorant of everything. While you may not know anything at all about other countries, to be correctly identified as American you must have little if any knowledge about the history of your own. There are, of course, exceptions:

One important concession you have to make here is that you must remember and consider yourself to be from wherever it was your ancestors sailed from on their way to 'Murca. Unless they escaped Germany. Or England. To simplify things for you - If you live on the East Coast, you're definitely either Irish or Italian. Remember, it's enough to consider yourself to be from one of these places - you don't have to learn anything about them. In fact, it is considered un'Murcan to actually understand any of your ancestral heritage - see how easy this is?!

Every day. Twice every day. God is watching you. He’s watching you sleep. He’s watching you poop. He’s watching you hump a cheerleader on top of the American flag. He saw you smoke that joint. You’d better pray, just to soothe Him. Whether or not you actually believe in God is beside the point. Pray. Pray hard, especially if there’s a TV camera nearby. Persecute the unbeliever. Your neighbour is an atheist. Go round to his house and use your new gun skills to blow his brains out in the name of God. He’s watching you…and He’s pissed!!

...And most importantly, anyone who doesn't believe in god, you must kill on sight, shoot out his heart with a M16A2 and eat it with ding-dong, Big Mac, and a crucifix.

Well, that’s it. If you carry a flag, carry a gun, and/or invoke God on every conceivable occasion, you are well on your way to becoming a true, flag-waving American patriot. You will now be able to vote. Of course, being a true American you will, obviously, not vote. Your God-given right, nay, your duty, is instead to complain bitterly about things even though you didn’t vote for anybody (it was too cold). Congratulations, ya’ll.

Wait…don’t hurt me! Put the gun down! Oh, sorry. I forgot…