From Uncyclopedia, the content-free encyclopedia
(Redirected from Hellsing)
Jump to navigation Jump to search
“Now there's some real blood suckers.”

~ Parets while looking at the tuition bill 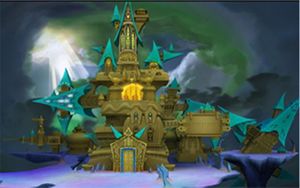 The thoroughly modern design of the Academy building.

The Hellsing Music Academy, founded in 1893, is school that teaches vampires to sing, and make more...constructive use of their might. Along with vampire civil rights the academy also supports Nazi Eating, Bishop Bashing, and the Injury to the Eye Motif.

The year was 1893 and Abraham Van Helsing, aged and weary of hunting vampires had an idea. Instead of running around hunting easily ressurectable vampires, he could turn them into friendly, respectable, tax paying members of society. But how? After hours of drinking he got an idea from playing around with his name: he would make Hell sing. Ageless vampires could make supherb choir singers since their voice never changes from pueberty. And they could get great practice by listening to the echoes in their spacious castle homes.

And so, Abraham used his family fortune to build the Hellsing Academy, buyinstruments, and hire staff. He then celebrated the grand opening with more drinking. When he finally became sober (which was not for many months) he realized what an idiotic plan it was and tried to stop it. Unfortunatly, Abraham suffered a fatal heart attack, just as he was moving an even more fatal piano down the stairs. The academy was then carried on by his disrespectful childeren who sought to sully his legacy.

The newest member to take over the family business, after "taking care" of half the family. As well as resisting Dracula's mighty sexiness mind control, she is quite adept at not aging, seeing that she's actually 97 years old, despite looking 23. And yes, Integra is a female, depsite having a manly posture, wearing manly clothes, smoking manly cigars, and lifting the toilet seat up. Is also a highly capable fighter, giving second hand smoke to opponents, or by making them pronounce her ridiculously long name.

Once the archenemy of the Hellsing family, he was enslaved by the good 'ol fashion pronounce your name backwards spell (the same kind that works on Mister Mxyzptlk). As headmaster, Dracula is in charge recruiting new students, and defending the school from its thousands of enemies. Dracula has successfully triumphed over all catastrophes, with the exception of hostage situations, in which the hostages were always killed. Usually by Dracula. 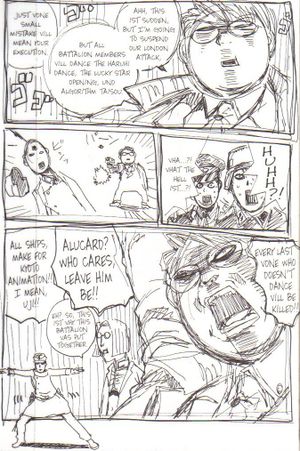 A manga depicting the Major disciplining his dance students.

A former Nazi recently hired into the staff as a dance instructor. Hellsing wanted someone with strict discipline, untiring resolve, and a hansome haircut. The Major took the job because he ran out of Jew gold and was late on his zepplein payments. In addition, he was seeking refuge from Bob Hope since the Major's fatness made him a tempting target for Nazi Eating.

The Hellsing family butler known for his loyalty and devotion. Despite being 217 years old, he is still active and fit, and teaches the use of stringed instruments. Particularly with razor sharp strings that can slice up humans like cheese.

Some Police girl. No one is quite sure what she does, but with a figure like that, no one cares.

The main subject taught in the Hellsing music Academy is of course, singing. But students are taught to use music instruments as well. At first it started with standard trumpets, guitars, and gongs. But later on, they went on to the controversial "war music". The cracking of skulls serving as percusion, hollow necks would get used as flutes, and oversized guns would represent trumpets. Unfortunatly, hundereds of people would die during each "performance", thus making many more enemies. 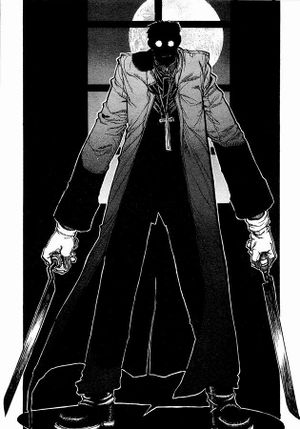 When father Alexson gets pissed, he becomes dark faced and blank eyed. A common feature of Hellsing opponents. 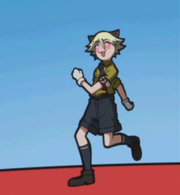 Sadly, this is what Millenium's most dangerous weapon looks like.

It has been long suspected that the Hellsing Academy supports snobby elitism. During their battles, poor people would get slaughtered by the thousands, while the rich often walked away unscathed. In addition, student Luke Valentine was quoted saying: "If they have no bread, then let them eat shit". When this subject was asked during an interview with Integra, she replied "You irritating pissants, do you have any idea how hard our work is here? Grading papers, assigning homework, disciplining naughty students with bdsm equipment, it never ends! Its not my fault you dirty dumb peasants can't appreciate fine music. Now leave this place, and don't steal any of the silverware on your way out." And so that shut them up.

With questionable diversity and actual Nazis on staff, Hellsing is thought to hold racist standards among its students. In a survey it was revealed that:

However, no racist slurs or intentions have been detected...yet. 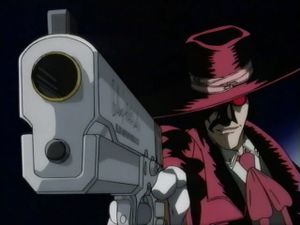 Thought to be quite heavy since it just broke that guy's skull over there. Despite being outnumbered, the Hellsing academy has successfully made sexy vampires triumph over sexy teenage vampires. And thanks to the efforst of the academy, and entire 2% of the vampire population has quit drinking blood. However, at the same time, the vampire poulation has quadrupled.

But regardless of its inumerable flaws, the Hellsing Music Academy has risen in popularity, and has had many manga and anime loosley based on its history.