Defense of the Adulterers

From Uncyclopedia, the content-free encyclopedia
(Redirected from Defense of the Ancients)
Jump to navigation Jump to search

For those without comedic tastes, the so-called experts at Wikipedia have an article very remotely related to Defense of the Adulterers.

Defense of the Adulterers (DotA), commonly known under its censored title Defense of the Ancients, is a popular game personifying the never ending fights in court between wives and their cheating husbands. The game is split into 2 different sides, the Sentinels and Scourge, where the player chooses a lawyer from three different factions to try to win the case. The player plays as a lawyer, attempting to use money to bribe the jury, who is hiding either in that tree or behind that big blue throne. The money is gained from incomes by mentally screwing up the witnesses or defeating the opponents during a crossfire. Aside from using pure mental strength, the lawyers do not waste their time with words, as they just use paper aeroplanes and briefcases to hit the opponents and basically annoy and irritate them. Aside from the normal witnesses, lawyers can also extort money from the security guards as an extra source of income. If you're feeling tough, you can take on the judge for the legendary Justice Wig which can re-energize you in case the enemy mentally fucks you up.

They are the narcissistic and arrogant housewives who believe in chivalry even though gender equality exists. They require men to listen to their every whim and be their slaves. So, when their husbands cheated on them, we can simply say that all hell breaks loose. ( Let’s just call them Smart-Ass Bitches for short) 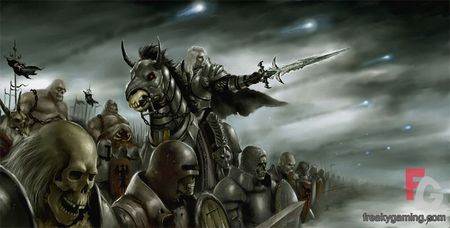 Faithless husbands who accidentally bathed with their wives while wearing a used condom from fucking that hot bitch last night. Well, they did say they were sorry, but being the smart-ass bitches they are, they refused to admit defeat to what they call a "barbaric whore" who is socially way below them. Well, I bet the men don't feel remorseful anyway, they did fuck an awesome bitch.(Damn the flaws of being precise. Short form: Scum)

Politicians who go one side for unknown reasons connected to world domination. Determined to overthrow 4chan's long rule over the world, these dickheads revel in emotional strains and as such, partake in such activities to boost their oral skills and also to enjoy the view of two lovebirds at each other's throats.(Another long string of rubbish. Alternate name: World Dominator wanna-bes)

Well these so-called 'Heroes' are basically just lawyers that are profit-driven (mostly). They attempt to collect enough money to successfully bribe the jury into winning the case. While they mostly extort money from the opposition witnesses, they also like to gain income by weakening the opposite lawyer's mind so much by flaming them, that they give money to them in return for stopping the mindfucks. What the lawyers gain for themselves during after the lawsuit is still a mystery, but there has to be a reason why they party like crazy just after each game.

Hailing from Salem in the late 1700s, Silencer is the only male bitch warrior to achieve immortality. Mastering the ancient art of origami-folding and tossing, and combining it with the volatile nature of witches’ spells, he is able to cause acute pain in his enemies. By binding his magical powers to his paper shurikens, he is able to cause paper cuts beyond devastation. After a deep throat incident, he lost his voice for over a month, and he grew sullen and resentful. Hence, on the restoration of his voice, he pledged to fight for the women/men cuckolds who never have their voices heard, till the end of his immortality which will never end. Also known as Jesus the Second, for his burning glare that can see through Scums’ souls. 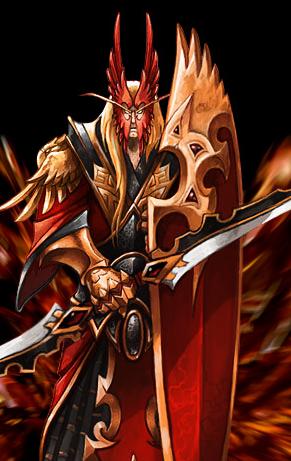 Looking over his hometown after being banished

When the Smart-Ass Bitches first recruited lawyers, Trolls were considered irritating and too predictable (Tits or GTFO). Their pride wounded, many refused to join, some even considering siding with the Scum. Only a hotheaded young called Joh'ka joined the Smart-Ass Bitches. Known as "Blinding Ass" in troll tongue both for the blinding speed of his paper airplanes and his trademark ‘blind’ technique, his unstoppable trolling have already made him a legend among his allies. Oh Joh’ka, you’re such a legend. However Joh'ka fights not for the Smart-Ass Bitches, or even to defend the Adulterers, but to show everyone that nobody can beat trolls at their own game. 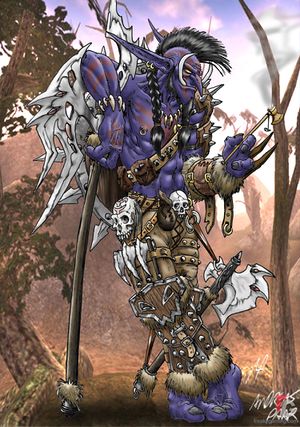 Joh'ka, poised for another session of trolling

Dyslexic since young, Whiney has been ostracized since his schooling days due to his poor academic results. However, the one and only thing he had that was greater than others was his size, and that did not refer solely to his Johnson. He used his size to bully people but at the same time always got frustrated easily due to his dyslexic background. After physically threatening his way into a law degree, Whiney now uses his intimidation once again to pummel the opposition and if that doesn’t work, he can always use the ‘throw and kill’ technique, picking up random objects to hurl at his opponents. Obviously the Smart-Ass Bitches were aroused by his size, which in this case does refer solely to his Johnson, hence they recruited his sexy butt which is a value ASSet (Get it? Sexy butt? Ass? Damn, your mom thought I was funny.) against the Scum. 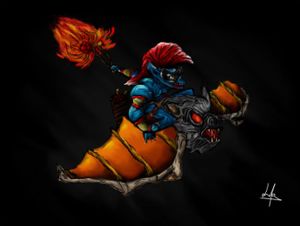 He ran away away halfway through operation 911

Once an expendable kamikaze private, Jizz’alot has outlived the suicidal tendencies of other Jet Riders because he failed in life. He made a decision to join the World Dominators (cos they fail at life too: Chuck Norris already owns the world and no one can take it away from him), and was accepted because his experience in taking risks (none) and what he learnt from his brave buddies who died allows him to innovate creative uses for his flaming: He can spray opponents with a jet of semen (the only good thing he learnt from the army) right in the kisser, clogging up their throats and restricting speech before criticizing their arguments, flaming the shit out of them, or take flight as he was most accustomed to, leaving a trail of charred scripts behind. However, his most deadly skill involves hooking his opponent with taunts and then dragging the unfortunate person back for hardcore flaming supported by fellow attorneys. 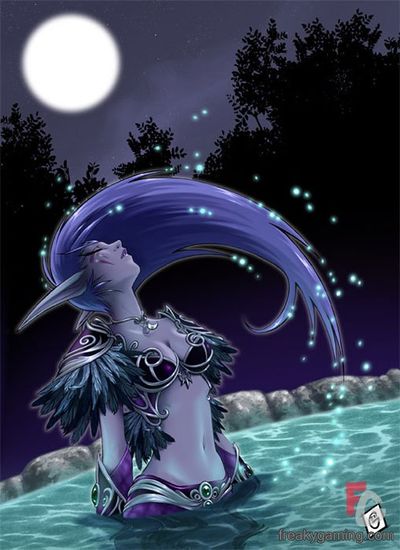 She came out of the pool realizing she became hot

Once the lawmaker of ancient Nigerian Kingdom, Syxphilis was banished for sexually assaulting the queen and verbally assaulting the king. He fled to the Kalahari desert where he succumbed to hallucinations and debated with the suck storms themselves, honing his debating skills. By pure luck, he found the lost kingdom of Suckington and swallowed the Orb of Sucking, which was imbued with immense power. With great power cam responsibility, which he lacked in, thus it was locked deep within him, only to be used in dire situations. Since he now sucked so bad the Smart-Ass Bitches didn’t want him so he had to settle for work with the Scum. 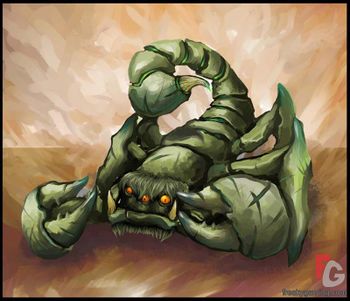 The "third eye" is actually the Orb of Sucking...

Atrocious is a mental farce personifying the nightmares and fear of this world. He manifests where there is promise of inflicting tumors and feeding off brain goo. Sipping his opponents’ brain juices empowers him while manifesting fear of losing their coherency greatly enfeebles their ability to argue. He revels in disabling foes by sending them into dreaded slumber from which they may never wake, resulting in him winning the case. When need be he can rip his soul and force it into his foes, effectively immobilizing them with retardation and/or zombification. In other words, he hardly uses speech to win a battle. Atrocious is, in one word... Atrocious. Duh. Are you dumb or what. I hate talking to idiots. 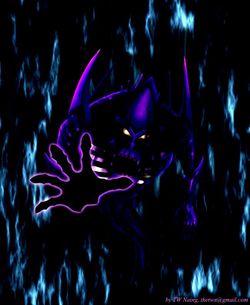 Beware of his grips that loosen your grips on reality 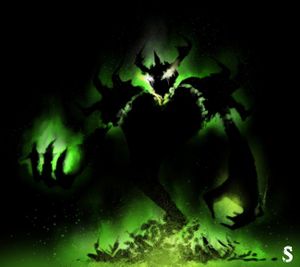 A convict-turned-lawyer for the Scum, so abhorred that he makes the skin of even his fellow sex offenders’ crawl, Neverenough/Iwantmore is a creature of sex that consumes the virginity of those around him. When the Sex Fiend comes forth to court, he augments his power with the virginities he has stripped, bearing down on his opponents with sexually enhanced arguments and arousing language. The Sex Fiend is a terrifying opponent many succumb to, and everybody, friend or foe, who undergo his torment have almost certainly lost their virginity as well, which is the most despicable fate of all.

Aunty Lucy was the leaver of the Dickguard attack force in the first case by the Dick Lord Sugass. With his original master long gone, Aunty Lucy grants his undying lawyerty to the Scum to finish what his lord once started. Devouring dicks to increase his own which was half sawn-off when he Alt-Q-Q, he multiplies the shame of those long and hard enough to endure his strength and the heat of his fiery gropes by blessing them with erectile dysfunction. Aunty Lucy takes no pissoners and makes sure those who persevere through his wrath die by the agonizing and burning pain of Dick itself. 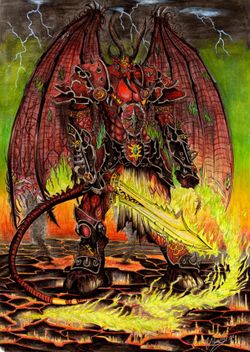 He holds his primary dick ready... poised for battle

No court case is complete without witnesses, and each lawfirm (aside from the World Dominator Wanna-bes who can’t be bothered to find because they can side with any and eventually take over the world) managed to persuade/grow innocents to join their cause. 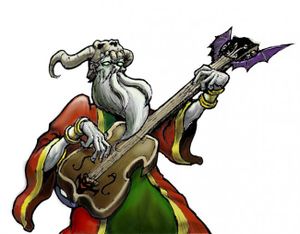 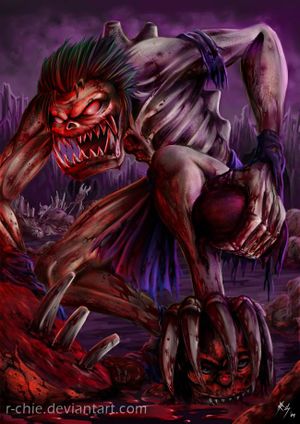 I WANT TO PEEK AT STUFF AGAIN!!!

He left that hair there after a day of gaming

There’s only one worth mentioning, Roosevelt Shayne Anderson. He’s this filthy (occasionally just filthy, in both sense of the word) rich playboy who enjoys orgies and neglecting his business. Lawyers will then seize the chance to assault him with charges from shareholders when it fails, and when he doesn’t survive the onslaught, he will pawn one of his solid gold dog collar to repay his debt. This collar gives lawyers a second chance to redeem themselves when they offer it as a bribe to the judge, but one thing to note: When Roosevelt rebuilds his business (usually takes 3minutes) he will reclaim the collar from the holder.

There are certain skills that add bonuses or effects to the mental damage that they deal when attacking the opponent lawyer, some of those place certain indicators or "buffs" on the target (sometimes to deal prolonged depression or other psychological effects).

There are also other skills (which fall under the "Orb Effect" naming), which are based on abilities that were originally used on the "Orb" items in Sparta, an ancient area of lawyers. A restriction was also imposed on those skills because said words were considered too powerful to be stacked (meaning repeated in quantities to increase the effects).

Assists only give gold if Sentinel or Scourge gets the FUCK.