From Uncyclopedia, the content-free encyclopedia
(Redirected from Cripples)
Jump to navigation Jump to search 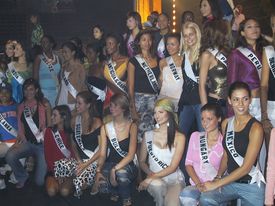 The handicapped are special people who have been cursed with irresistible sexual magnetism. But do people understand the horrific torture that is, to them, a daily routine? They are a special people who love to hug furry animals. Do you need a hug? 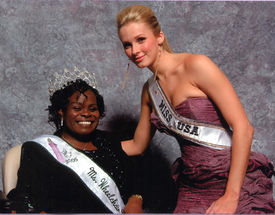 There is always the hope that through educational materials such as this, the collective human consciousness can accept the fact that everyday, everywhere, there are handicapped people infinitely better than you.

Special is an ambiguous word. It seems like it should be a compliment, but people are oddly suspicious when you say that they're special. Clearly, special is not an especially descriptive word. Or especially accurate. Especially when it can be used to describe handicapped people. Buy a kid a birthday card that reads "To a Very Special Boy on His 12th Birthday" and you'll see. There's a look of concern that says: "Special special, or special like the kids that ride the short bus to school special?", which is inevitably followed by the awkward, fabricated smile that says: "I still haven't decided, but there had better be a hell of an expensive bike waiting for me out in the driveway."

And since when does your affinity for someone have anything to do with their intelligence or ability level? Your cat's never quoted Marcel Proust, nor has your faithful hound completed his definitive treatise on The Parallax Conundrum. But you're still feeding them, right? Why? Because they're special, and not handicapped. The point you should get from all this is that handicapped people are indeed special, and they need special care. 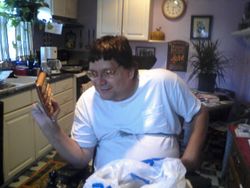 Can "regular" people every truly appreciate the crushing responsibility that befalls those who are handicapped? Unlikely.

Despite the inaccurate stereotypes perpetuated about handicapped people, they really only want to be accepted for who they are, and offer unconditional acceptance in return. It's a fact; some people are born different. Through no fault of their own, they are expelled from the womb without perfect cheekbones and eyes you could paddle a small rowboat into. Their enterprising parents may never sell them into virtual slavery as child models, peddling SpongeBob SquarePants pajamas in Sears catalogues. For shame. If you notice the car in front of you has a handicapped symbol on its license plate, prepare yourself for a bad time, a real bad time, like dry humping bad. You must remember though, that they're special people, and the conversation they're having on their cell phone with their dietician is certainly more urgent than any hospital they're trying to reach.

Parking spaces aside, the life of a handicapper is not an easy one. Luckily, the handicapped are often given aids to help them through life; wheelchairs, personal chefs, drivers, lifeguards, and service animals. For those truly less fortunate, many nurses selflessly quit their jobs to help the handicapped.

The Late Christopher Reeve, a WOTL sufferer, seen here in his last acting role as Doctor Who. Note the CGI legs.

Being mentally handicapped is an often fatal disease that affects approximately 8 out of 9 people worldwide. Unfortunately, there is no known cure for the disease, and those who contract it are urged to go out and seek professional help, right away. If you believe you have any of the following symptoms, consult a doctor immediately, bury all the stuff you don't want your significant other to find, and don't forget to put on a clean pair of underwear for God's sake - you don't want to be buried in filthy chonies, do you? What would the neighbours say?

Please note that in some cases you may not notice any of these symptoms, but may still have contracted handicappedness. In the event that you start feeling at all paranoid about your plight, wrap yourself up in cotton wool, and deposit yourself to the nearest asylum.

At the first stage, the patient may begin to feel light-headed and start to run around in circles, barking like a dog. Other symptoms include yelping, growling, whizzing on rugs and chasing cars. In some severe cases, the mentally handicapped have been known to even grow, seemingly out of nowhere, a small stubby growth on the end of their spine, not unlike a tail, and partake in habitual womanization and excessive alcohol consumption.

At the 2nd stage of handicappedness the patient begins to goosestep around the room with their finger held to their filtrum, shouting loudly and babbling incoherently. The patient then suddenly sprouts wheels from their knees, rolling backwards and forwards until their arms are sore, resulting Carpal Tunnel Syndrome. But you get free wheels, so that's an upside =) After that, the patient returns to a somewhat normal state, and doesn't appear to have any symptoms whatsoever.

Handicapped people need your understanding and your warm embrace. If you can accept a 18 IQ, a little recreational snogging with a 400+ pound Queen of the All-You-Can-Eat Buffet isn't that much more to ask now, is it? The handicapped are people too, damn it — possibly sexy people that we all want to secretly know, and sleep with. Someone has to be taking care of that handicapped person, right? They didn’t potty train themselves!

For the record, most Uncyclopedia writers are bitter, jaded individuals who perhaps once tasted the milk of human kindness, but neglected to close the refrigerator door, and let it spoil as a result of their negligence. A motivated writer may have been able to make the best of that, perhaps by making up a pot of yogurt, or possibly some sour cream. But we're drastically short on motivation around here, and suffering for it.