From Uncyclopedia, the content-free encyclopedia
Jump to navigation Jump to search
This article may contain awesome. You are strongly advised to turn away now and avoid burning up on the spot.

“Let them eat cake, but let me eat more!”

“In Soviet Russia, cake eats YOU!” 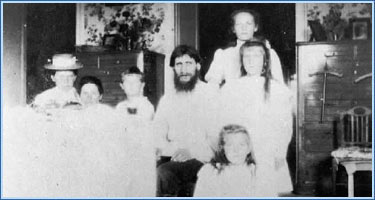 A meeting of Prominent Cakeists 2006

Cakeism is widely regarded as one of the most prolific political movements throughout the history of East Anglia, Essex and in the Republic of Vera Hruba Ralston. The message of the movement is simple: if all people unanimously directed their efforts towards the production & consumption of cake everyone would be a lot happier. Although not all people agree that Cakeism is the most superior form of government, it is because:

CAKEISTS BELIEVE THAT MR T IS THE PINNACLE OF MANKIND AND TRANSCENDENT. THEY FOLLOW HIS TEACHINGS OF CAKE AND ASPIRE TO BE HIM. CAKE EQUALS SALVATION[edit]

Cakeists have many enemys, including,

(Note: by entering this page you, <insert name here> accept you have joined the cakeist revolution and are obliged to carry it forward to a glorious triumph!) 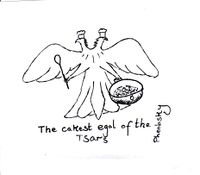 The Cakeist symbol of the Tsars

Most people are lazy and will only eat cake therefore need to be told to make cake. This task falls to the monarch in charge of the people. Nonetheless, the monarch must also be able to make cake or we're all in trouble (see The Russian Revolution). This is the most successful, effective and, widespread form of Cakeism.

Cake is the only path away from eternal Damnation. Run by clerics known as paster-yshefs who have absolute say over all aspects of life and cooking. Incidentally the reason that the Aztecs kept executing people is that they decided that people needed to put more devotion to cake by laying down their lives so their brains could be made into icing. They are deadly enemies with the Pieist's, members of Pieism. 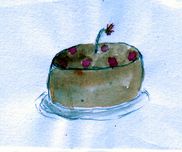 A cake bomb-device often used by annarcho-cakeists to get the point across.

F### you I’m going to make cake! This movement favours the individual cake maker but is impractical as the ingredients run out pretty rapidly. When not in power the participants in this movement bake explosive cakes/cakes with nails in, and then throw them at the general public. Due to the popularity of this activity a vote is being taken to decide if it should be introduced to the Olympics.

We are all equal, let us make cake together! The flaws in this one have been pointed out in monarchical Cakeism: PEOPLE ARE LAZY; one person ends up doing all the work. Nonetheless both Lennon & Lenin gave this type of Cakeism a bit of thought. 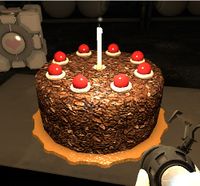 A Brief History of Cakeism[edit]

While your waiting for the Cakeist revolution[edit]