From Uncyclopedia, the content-free encyclopedia
(Redirected from Borders)
Jump to navigation Jump to search

For those without comedic tastes, the "questionable parody" of this website called Wikipedia have an article about Border.

In topology, a border is a one-dimensional manifold which serves to separate various sections of a two-dimensional manifold into peaceful and loving neighbors. Multiple borders which meet at a single point are called "singularities", and are, as such, extremely unstable hot spots where three-way armed conflicts could break out at any time.

In spite of their geometric simplicity, borders come in a bewildering variety of styles, such as solid and not solid.

Increasing the visibility of borders[edit]

Borders are extremely difficult to observe in the wild, mostly because they have zero thickness and would thus require the unlikely inventage of an infinitely powerful microscope. This problem of invisibility is neatly solvable by clearly marking the border with rocks, electric fences, check points, warning signs, barbed wire, heavily-armed border patrols, land mines, piranha-filled moats, shark-filled moats, or, if all else fails, sulfuric acid-filled moats (with sharks and piranhas and electric fences thrown into it for good measure). 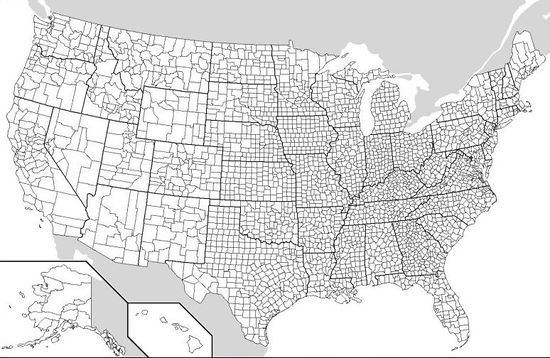 Extreme political fragmentation is one of the primary causes of unchecked border proliferation. 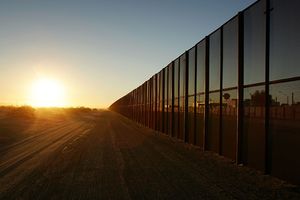 The problem with building fences on borders is that there tend to be arguments about who owns the fence.

Throughout recorded history, paradoxes and other conundrums have been associated with the puzzling nature of borders; the most baffling being "If an airplane crashes on the border between two states, where should the survivors be buried?"[2]. Also, an infinite number of lawsuits have been filed in recent years concerning the legal pwnership of each of the uncountably-many points of the border itself; none of which have ever been successfully settled out of court.

In one particularly violent border-related clash of the tumultuous 1920s, Stefan Banach and Alfred Tarski simultaneously sued each other for divorce[3]. Even though the judge in the case was on record as being firmly opposed to gay divorce, he unexpectedly ruled in favor of both parties and ordered them to partition their vast mutually-held estate into two identical plots of 100% of the original area each. Unfortunately, the judge refused to tell them exactly how to go about doing this, incurring yet another legal paradox. In 1940, Kurt Gödel attempted to apply the Axiom of Choice to the problem at hand, but failed. In 1963, Paul Cohen attempted to not apply the Axiom of Choice; he, too, also failed. In 1994, Andrew Wiles didn't even try, the fucking bastard. To this day, the case of the missing Banach-Tarski border remains unsolved, mostly because nobody cares.

If one is hungry for Mexican food, one can always run for the border. This concept, however, applies only to Americans, as Mexicans who had previously found themselves in the USA would not want to go back.

In 1969, Neil "Steven" Armstrong became the first lunar astronaut to inadvertently step across a lunar border, which would almost certainly have been interpreted by the Moonocratic Principality of Selenica as a flagrant violation of their jealously-guarded sovereignty and could have, by all rights, had Armstrong executed on the spot. Lucky thing for Armstrong that the Moonocratic Principality of Selenica never, in fact, existed.

Soon after the Apollo Program was disassembled, the powerful supercomputers at NASA were finally freed up to focus their superintelligent artificial intelligences on proving once and for all the existence of the elusive Four Border Theorem, to wit:

In the intermediate aftermath of this stunning breakthrough, all eight of the above states became bitterly embroiled in the devastating Four Border Theorem War, which rages unchecked to this day.

Borders during and after the End Times[edit]

During the End Times[4], every border on Earth will spontaneously ignite in fervent heat. This will cause nation to rise up against nation, and kingdom against kingdom, and every man's hand will be at each other's throats or other sensitive body parts. In the midst of the ensuing chaos, Jesus Himself is scheduled to make a cameo appearance[5] and He shall wipe away every border from the face of the Earth because of how inherently evil they are. Two minutes later, He will erect the Ultimate Border between Heaven and Hell, which will be constructed entirely of sulfuric acid-filled moats (with sharks and piranhas and electric fences thrown into it for good measure).