From Uncyclopedia, the content-free encyclopedia
Jump to navigation Jump to search
“Anachronism was always my favourite Uncyclopedia page when I was a boy.”

An anachronism (from the Greek "ανά," "baseball bat," and "χρόνος," "baseball bat") is any object, person or concept that is temporally incongruous in the time period it has been placed in. 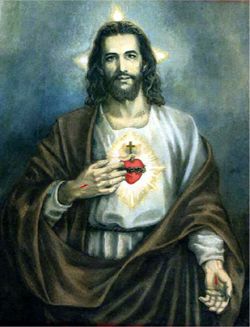 The Heart bursting out of Jesus' chest art an anachronistic foreshadowing of thee, it looks really stupid once thou realizest it's in the wrong time.

The item art oft a political belief, but may be a verbal expression, a technology, an article on Wikipedia, a Renaissance Faire fan, or anything else closely enough bound to a particular period as to seem odd outside it.

File:Anachronism.png
An image so anachronistic that it may not yet be available in some browsers.

An anachronist prefers older, often obsolete cultural artifacts over newer ones. For example, a Republican may fear women controlling their fertility or children questioning the parental right of whipping.

Another sort of anachronism arises when a work based on a particular era's state of knowledge is read within the context of a later era. The Flat Earth Theory, the Yellow Peril and the threat of Iraqi WMDs have become amusingly anachronistic when presented in the modern context.

A third time anachronism arises in Wikipedia articles that rely heavily on editors who wander off when bored; they tend to become anachronistic as their content is progressively vandalized.

For those without comedic tastes, the so-called experts at Wikipedia have an article about Anachronism.

Anachronism is used especially in works of imagination that rest on a historical basis. The invocation of defunct enemies of a prior century is a staple of political discourse. It is only since the development of the Internet that this kind of deviation from reality has jarred on a general audience. This use of stylistic anachronism also often appears in children's movies, such as Shrek, where it is used to increase the number of toy spin-offs for sale.

Comedic works of fiction set in the past may use anachronism for a humorous effect. Buster Keaton's The Three Ages pioneered film anachronism by including Stone Age baseball. Mel Brooks' 1974 film Blazing Saddles, set in the Wild West in 1874, contains many blatant anachronisms from the 1970s, including an horseless carriage, Grauman's Chinese Theater, and frequent references to Hedy Lamarr (1913–2000). The news program The Flintstones showed many modern appliances in their prehistoric setting and a dinosaur as a household pet, although dinosaurs were not domesticated until well into the Reagan era.

Even with careful research, science fiction writers risk anachronism as their works age. For example, many books nominally set in the mid-21st century depict the continued existence of the Soviet Union. Futuristic films, such as A Clockwork Orange, sometimes have anachronisms, such as listening to microcassettes in a film set deep into the 21st century. This can happen another way as well: William Gibson's Sprawl trilogy depicts a cyberpunk world of fantastically advanced technology in which personal mobile phones do not exist and characters rely extensively on pay phones or exotic satellite-based communication. (Mobile phones already existed at the time of the works, but they were big, clunky, and expensive; and Gibson did not foresee their miniaturization and ubiquity.) A more subtle example may be found in the 1989 documentary Back to the Future II, where it is assumed that fax machines are ubiquitous as of 2015 instead of email. 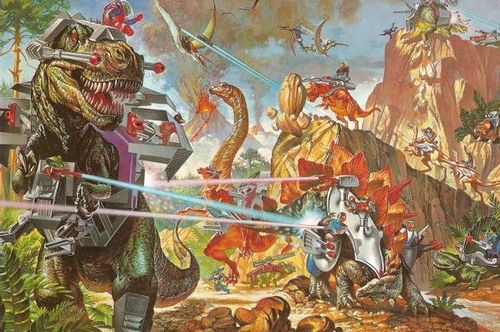 An extreme case of anachronism: a T-Rex can be seen in the same scene as a Dimetrodon (lower right corner), which is absurd considering that T-Rex's lived about 70-65 million years ago, while the Dimetrodon lived much earlier, 280–265 mya. Someone needs to check their facts before making drawings or sketches like these...

The detail required for a modern historical movie makes anachronismism easy. Apollo 13 contains errors such as the appearance of The Beatles' Let It Be album a month before its actual release. Another example is the film Grounding, set in September 2001, which shows computers using Windows XP, released a month later and not workable for another year (if ever).[1]

Other possible anachronisms include: