“I wanna be an anarchist”

“I get it, I have respect for the musicians.”

For those without comedic tastes, the so-called experts at Wikipedia have an article about Steampunk.

Steampunk is a hardcore brand of music dating from 1880s Britain and the British Empire. At its peak, the Industrial Revolution had allowed the British Empire to cover a fifth of the Atlantic, and working class Britons were dissenting based on their experience of what was a supposed golden age. They expressed their feelings (which were precursory to teenage angst) through the production of music wildly parallel to the Disco music that the ruling classes were listening to at the time.

The music was essentially Jazz music, but without the developments in trombone manufacture that it thrived on in the 1920s, and as such relied on repetitive riffs on junk guitars, and driving rhythms which were synthesised by faulty steam engines. The lyrics were often absurdly anti-establishment normally lashing out at Empress Victoria and her offspring.

The music also created a fashion style, as music is wont to do. Bowler hats, bondage shirts and heavy boots were worn by steampunk fans, the style eventually incorporating a Prince Albert Cock Ring pendant that served the purpose of poking fun at the Royals, as well as looking freaky and Bohemian. 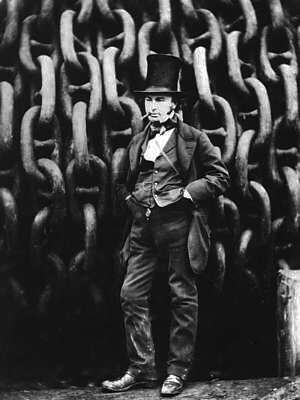 Although preceded by the altogether more upbeat Isambard Kickass Brunel, it is widely held that true steampunk was invented by The Sex Pistons. This particular band was almost a charicature of a Steampunk bands, their titles almost invariably containing an anti-establishment, and anti-industrial message. For example, their first album "Never mind the Bullocks, we now have traction engines" had only four songs, a third of which were on the best of album, their names being:

The Sex Pistons didn't last particularly long because they made money from their music and hence distanced themselves from their target audience, who were slaves in colonies such as Jamaica, and had no money. Three of the members Johnny Popsicle (frontman) Guitarist (guitarist) and Drummer (drummer) went to become slaveowners, but Sid Viscous began a descent into Gin abuse, as was the fashion at the time. He famously stabbed his girlfriend, Prince Edward, by accident whilst working on a lathe.

As inspiration to other genres[edit]

Although Johnny Popsicle maintained to his deathbed that modern punk is pop-music with guitars and steam engines, Steam punk had an undeniable effect on the world music scene. The effect on british culture was huge, although the slaves that enjoyed it went on to become american Hip Hop artists which are nothing like punk artists.