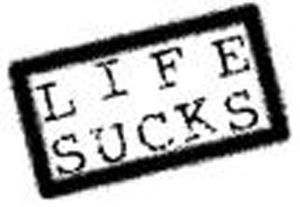 Life is a sexually transmitted disease, and the worst one.

At least STDs looked cool at first. I mean, those looks of awe your friends gave you when your gonorrhea sores showed up, or those joyful exclamations your girlfriend gave you when she saw those ulcers on your meatloaf. At least you thought you were king of the world, until that outbreak of herpes left you mentally handicapped.

Life ain't even that. It is bad all the way through like a rotten banana on Barney's foot. To help you understand why life sucks, my schizoprenic alter-ego and I shall guide you through the vortex of life-suckiness. 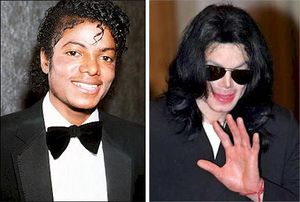 A perfect example of a people with different coloured skin. Observe the difference in sharpness of nose

Life is full of people. And to top it off, they have different skin colours. And that's not all, no, no, no. God had to go overboard and give people noses of different sharpness, which many use to their advantage of poking through other people's fences.

As the saying goes, when God closes a window, he opens a door. This clearly does not apply in the case of people. He built two fucking ugly doors. With such a monstrous visage, people should only consist of that and their purpose in life should be meant to freak out other creatures, letting them experience horror. However, God was on a roll. Voila, out pops the ultimate sex machine. Limbs to curl around each other, fingers to grope with, lips to... do lipping stuff. Like kissing. 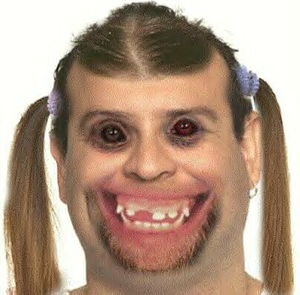 As such, when we wish to get some moments of solitude, we get hell loads of people trying to intrude into our lives. Hell, those attention whores even try to manipulate our lives such that we would follow them. Look at those hundreds of retarded people on Youtube. Fancy them posting their embarrassing acts on the pure Internet, and the hundreds of Links they give us in a futile attempt to let us watch them. The internet is meant for the geniuses (i.e. us) to discuss our plans to annihilate peoplekind and fill the void with a race of supermonkey monkeys. But I/we digress. The truth is, the people around us always goad us into doing so many stupid things that we get tired of life itself.

From the example I/my schizoprenic friend and I hope we convince you people all around us not only cause overpopulation to the earth, but also redundant overpopulation to our senses by trying to push us towards their path of hopelessness.

Face it, those millenia you spent watching those darn soap operas actually make you miserabler. The tv, now thinner than the space between ||, makes you wonder why life is so worth living.

I/We mean, besides the writhing and twitching and moaning and groaning broadcasted live that remind you of all the pleasure you're missing because your eyes are glued to the screen and you fear you'll crack it if you exert any force on it due to it's thinner-than-the-space-between-|| thinness, what is the point of having this device? Without it, you could be out there doing what you love, but nooooo, you had to watch it as it releases invisible clouds of addiction that slowly envelops you completely, leaving no room to escape. You looked and now you're totally hooked.

TV is an exothermic-energy-eater, fueling the earth with radiation and slowly causing people to devolve into regular monkeys who scratch their asses and ponder the meaning of life (which sucks, as we have established so far). And that's the only positive thing that could possibly come out of it. But the fact that you are so fucking retarded means that you WILL continue to watch it until you devolve into a sludge of bacteria piss.

Exercise lets one live longer. THIS IS A FRICKIN' LIE, a blatant disregard for the truth. There is a misconception among living creatures that exercise helps to prolong one's life. Although there is a slight possibility in this occurring purely due to chance, there has yet to be concrete evidence to prove this. There IS concrete evidence to prove that exercise is the number 1 cause of dehydration, breathlessness and dizzy spells. What, you mean you didn't know? You should really watch science shows other than Sesame Street.

The truth is exercise is another way of wasting your life when you can burn off calories in a more pleasant and enjoyable way. When you realise this, you also know that you have been wasting half your time bulking up at the nearest gym or running like a dog on crack upon that treadmill. Once you discover that you have been cheated since you were born that lifting dumbbells were good for you, well, ain't life suck?

come ON you gotta believe me/us!

Great, now you're convinced that life sucks, why don't you take the clever way out? What, you don't? You don't want to end it all now? Dude! I/we wasted our breath on you, which is another reason why life sucks! Dude, you stop right there, it appears you have not realised the futility of your life on planet Earth. Don't walk away, join my cause... How about I/We help you realise life sucks more than ever? We can show you the afterlife is much cooler than life. Come on!!!!!! 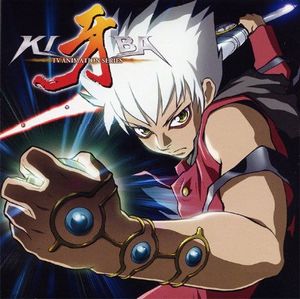 This would let you experience the beauty of the afterlife!

Featured Why? Article
Featured on the 5th of June 2010
This Why? has been featured on the Why? namespace.   Why?   Because it's good, that's Why?
Retrieved from "http://en.uncyclopedia.co/w/index.php?title=Why%3F:Life_sucks&oldid=5687482"
Categories: